Asha (played by Tanisha Gorey) has been trying to get her head together since Coronation Street newcomer Kelly Neelan (Millie Gibson) posted private images of her online in a bitter act of revenge. The teenager has been tormented by her fellow classmates, as well as facing the fury of her father, Dev (Jimmi Harkishin), who has since tried to be more supportive to his daughter. However, it seems it’s his more caring side which could land him in trouble next week on the ITV soap as he pushes the youngster to the brink. Will she end up leaving the Alahan household and find herself sleeping rough as she tries to escape the pressure of her ordeal?

The young schoolgirl shared sexual images of herself with boyfriend Corey Brent (Maximus Evans), who told her he wouldn’t let anyone else see them.

However, when she failed to stand by Kelly at a house party, who was pleading her innocence after being accused of breaking a lamp, the bitter teenager leaked the photos on social media.

This has since led to a huge backlash, with Dev going to the authorities as he wanted his daughter’s tormentors arrested, only to learn Asha was also a guilty party as she decided to share the images of her own accord with the schoolboy.

With no criminal charges brought against the youngsters, the young Weatherfield character has been subjected to cyber-bullying and verbal abuse from her peers.

When her overprotective father doesn’t let the matter slide next week, however, could she end up walking out on him and end up homeless? 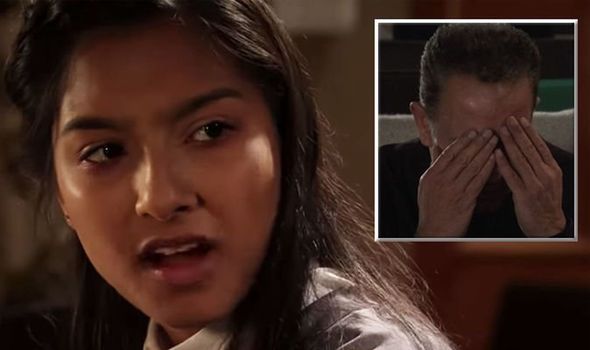 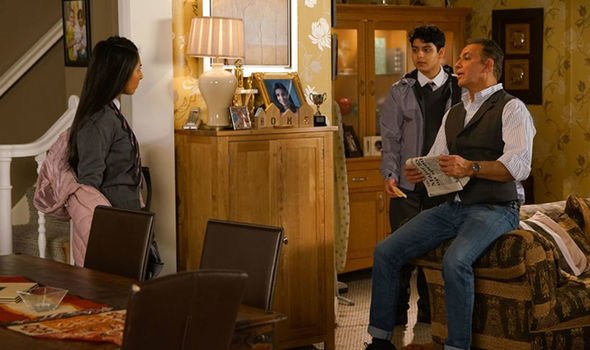 Upcoming scenes will see Dev try his best to help his daughter be more careful when it comes to sharing content online.

Hoping Asha will jump on board with his incentive, the father-of-two tells her about an article he has found on reputation management.

This term stems from learning how to influence and control an individual’s reputation and how this can help someone to build a more professional social media presence.

However, the teenager clearly wants to move on from her ordeal and just wants to forget it ever happened. 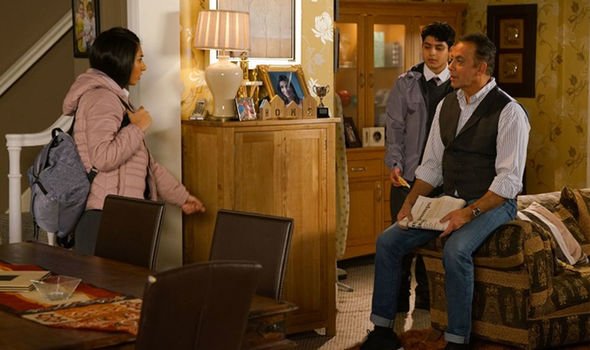 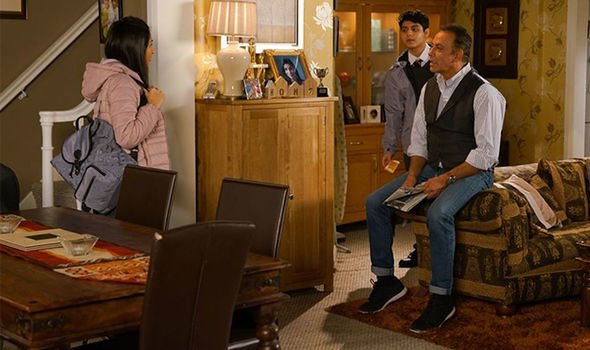 As Dev continues to push for her to be safer online, his daughter only becomes more agitated and seems to be resenting his approach to trying to help her.

Viewers will have to wait and see how the storyline really progresses, but could the father-of-two have made a big mistake by pushing the youngster too far?

The shopkeeper could end up regretting his direct approach towards her as she suddenly moves out and has nowhere to go.

If the teenager does end up homeless, she could find a saviour in her new friend, Nina Lucas (Mollie Gallagher), who she has been getting closer to in recent weeks.

Dev’s struggle is understandable – this is his little girl

Roy Cropper’s (David Neilson) niece stepped in to defend Asha when a group of youths were taunting her in the street, assaulting them in the process.

Although many were shocked by this outburst, the teenager was pleased Nina stepped in to defend her.

Having slept rough after the passing of her father, the newcomer could offer the teenager a place to stay while she tries to get her head around what’s happened to her.

The cafe worker has also been trying to boost Dev’s daughter’s self-esteem, so could moving in together help her find more confidence in herself.

Executive Producer Iain MacLeod recently explained the pair would be sharing more scenes together as a friendship continues to bloom.

Speaking to press, including Express.co.uk, the soap boss said: “Nina is used to people talking about her and looking at her and she owns her life and life story. So she is instrumental in helping Asha put herself together mentally.

“Dev’s struggle is understandable – this is his little girl. He just wants to wade in when she is in this hellish adult world. He tries his best – with some input from Nina who shifts his attitude to what Asha has done.

“Tanisha is such a fantastically good actor and the friendship with Nina is really sweet. As soon as you see them in scenes together, you realise you want to see more.”

Could Asha moving out the Alahan household mark the beginning of this next chapter for her?