Coronation Street viewers have seen Alya Nazir (played by Sair Khan) team up with Sally Metcalfe (Sally Dynevor) in recent weeks after the latter had her eyes opened to the harrowing ordeal Geoff Metcalfe (Ian Bartholemew) had put wife Yasmeen Nazir (Shelley King) through for months. However, with Sally now determined to see Geoff get his comeuppance, could her ally Alya have a more sinister plan up her sleeve after fans of the ITV noticed some “foreshadowing” in Wednesday night’s instalment?

Alya decided the only way to continue to work at Speed Dahl would be to find a way to buy Geoff out of the business.

But with Alya strapped for cash to offer up the proposal to Geoff, someone else gave her a surprise lifeline.

Sally kindly offered to give back the money Geoff had stolen from Yasmeen to pay for her and Tim’s nuptials. 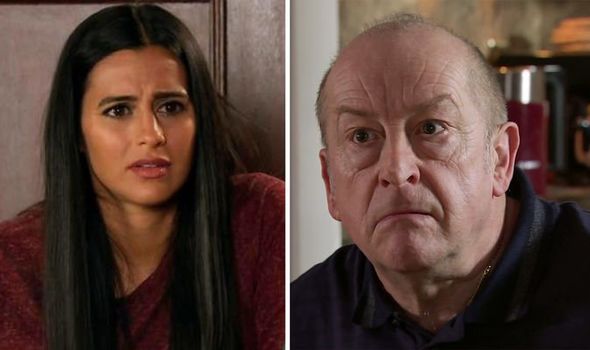 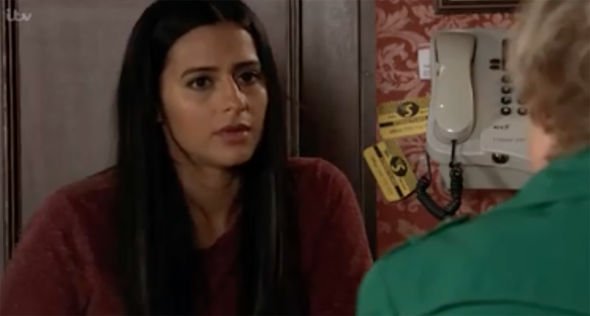 However, when Alya paid Geoff a visit along with her proposal, he was predictably stubborn and refused to budge on the idea of selling up.

The pair soon fought over the situation and it put Alya straight back on the warpath, revealing all to unaware Tim later on at The Rovers.

Sally asked Alya: “You spoke to Geoff? Well, the look on your face says it didn’t go very well.”

Alya explained: “He’s not playing ball, he says he’s not going to make it easy for me. 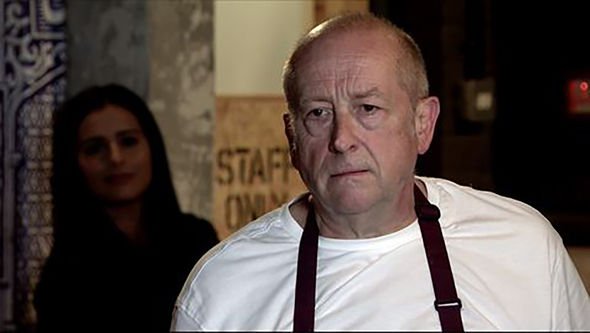 “If I have to work with him I’ll end up in a cell with my gran because I’d kill him,” added the restaurateur.

Sally comforted her pal, adding: “Hey, don’t let him stress you out.

“Don’t let him know he’s got to you, I know that’s easier said than done.”

But could Alya’s words have foreshadowed Geoff’s upcoming death?

Fans are convinced there’s a murderous showdown between the pair still to come – but will Alya go to such extreme lengths to get rid of Geoff from her and her grandmother’s lives?

One commented on Twitter: “’If he wants a fight, he can have one’ YES Alya #JusticeForYasmeen #Corrie.”

Another added: “That’s a foreshadowing that is, ‘Alya kills Geoff.’ #Corrie #CoronationStreet @itvcorrie.”

“I bet you can’t wait for Geoff’s downfall! #Corrie,” wrote a third.

“Geoff’s gonna get it from Alya #Corrie,” shared another viewer.

With actor Ian having already revealed he will be bowing out in the near future, it’s been kept under wraps how his alter-ego’s exit will transpire.

With many residents of Weatherfield desperate to get revenge on the abuser,  it’s sure to only be a matter of time before justice is served.

But will Alya be the one to finally crack, or will someone else get there first?