Ken Barlow (played by William Roache) stunned fans when he announced his departure from Coronation Street in the 10,000th episode of the ITV soap. However, viewers were able to breathe a huge sigh of relief as the soap will continue to follow Ken’s journey after he moves away from the cobbles and into the Stillwaters retirement complex. But, is Ken really ready for a life away from his loved ones or will he live to regret the big move?

The Coronation Street stalwart will say goodbye to No. 1 in emotional scenes that will air later this week and Claudia Colby (Rula Lenska) makes sure she gives Ken the space he needs.

It’s been clear from the beginning that Claudia is the driving force behind this move but fans are now worried that Ken is secretly against the change entirely and he’ll be miserable in his new home.

In recent scenes, Ken’s good friend Rita Sullivan (Barbara Knox) discovered her estranged husband has passed away when his ashes turned up with instructions of his wish to be scattered in Blackpool.

A host of Weatherfield favourites embarked on a trip to the seaside resort to accompany Rita and Ken used the trip as an opportunity to reflect on his life. 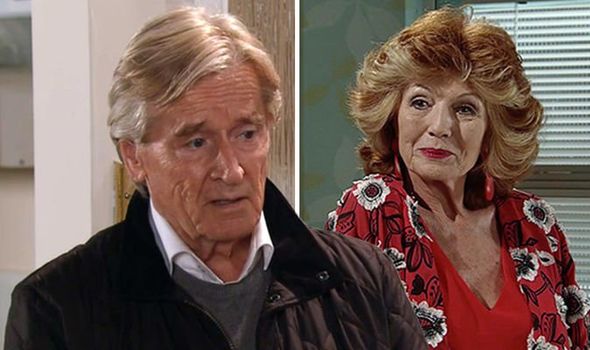 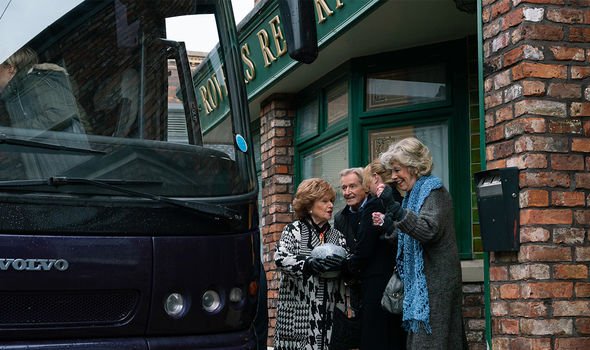 After some soul-searching, Ken decided to listen to girlfriend Claudia but in upcoming scenes, viewers will see Ken’s emotions get the better of him.

In a preview clip, Ken can be seen sitting in at his dining table while Claudia remarks: “I’ll give you a moment to say goodbye to the old place.” 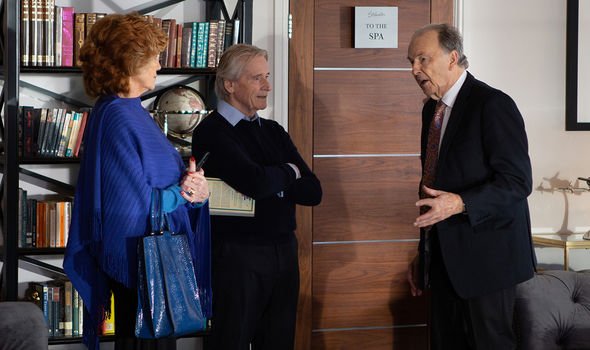 After the clip airs, Holly remarked: “I can’t bear it,” to which Phillip jokes: “Is [Claudia] just trying to get him away from Deirdre, all the photos are still there…”

“If you remember months ago she wanted all [of Deirdre’s] stuff clearing, she just wants room for her hairspray and she’s getting him out of the way,” Sharon added.

“I think he’ll be back, there’s unfinished business there,” Holly hinted and Sharon agreed.

“It’s like the rooks leaving the Tower of London. Coronation Street will crumble without him,” Holly added.

Coronation Street fans agree with the This Morning team believe Claudia has sinister motives for moving him out.

One tweeted: “Leave Ken alone Claudia. Go and live in the new place by yourself #Corrie.”

Someone else shared: “If Ken wants to dither then let him dither Claudia #Corrie.”

“#Corrie Claudia pressuring Ken – lay off him!!” a third wrote while another added: “Poor Ken, talk about being pushed into it #Corrie.”

“Claudia trying to bamboozle Ken into a retirement home & how unreal is this ‘coupling’,” a fifth viewer said.

Viewers’ concerns look set to be realised as Ken will call on Steve McDonald (Simon Gregson) and Tracy Barlow (Kate Ford) in an attempt to delay the sale of home but their excitement at moving in prompts him to keep quiet.

Audrey Roberts (Sue Nicholls) is left worrying that Ken is being pushed into the move and Tracy worries about her father when she sees him alone with his dog Eccles.

Will Ken be pleasantly surprised by the Stillwaters complex or will he be left heartbroken by the drastic change?