Coronation Street’s Sally Metcalfe (Sally Denver) and Tim Metcalfe (Joe Duttine) are set to tie the knot once more, after he got down on one knee for the second time in December last year. Fans will remember that Tim discovered he is a bigamist as he was already married to a woman named Charlie Wood (Siân Reeves), following a speedy wedding in Las Vegas in 2004.

This therefore, meant his marriage to Sally in 2015 was invalid.

But since their divorce, the pair can finally move on with their lives as husband and wife.

However, their previously volatile relationship is ripe for a new twist as their second wedding day looms ever closer.

As the excited pair are keen to be legally married, they don’t hang about planning who will have a major role in their big day.

An eager Sally asks her ex-husband Kevin Webster (Michael Le Vell) and his girlfriend Abi Franklin (Sally Carmen) to be witnesses, which they’re more than happy to do. 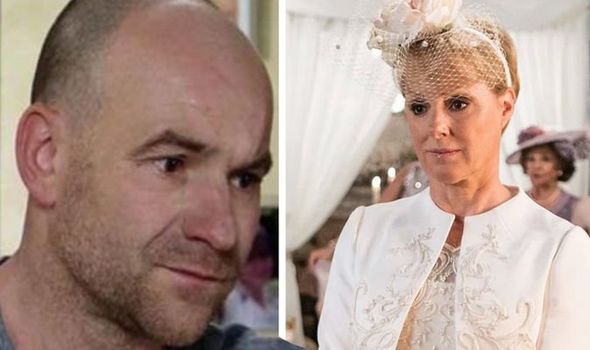 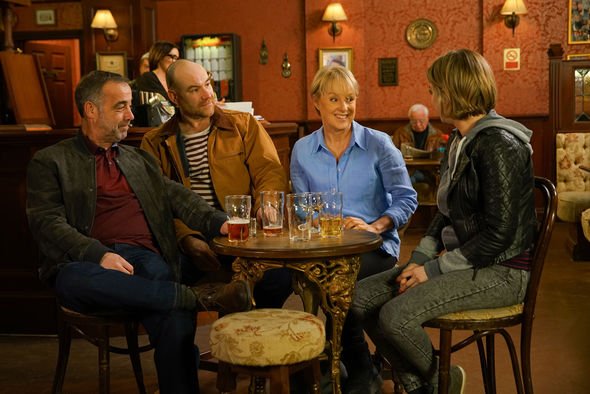 But could it all end in tears as Tim makes another mistake?

The cabby finds himself in an awkward position when Kevin offers to be his best man.

After reluctantly agreeing to the proposal, he’s now in a sticky situation after promising the role to someone else.

Later on, he reveals to Sally that he’s already asked his dad Geoff Metcalfe (Ian Bartholomew) to be his best man. 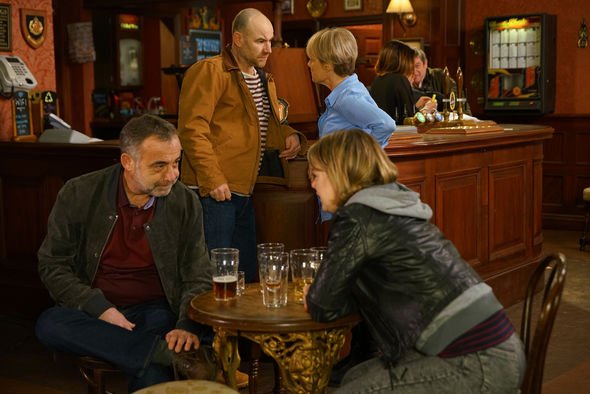 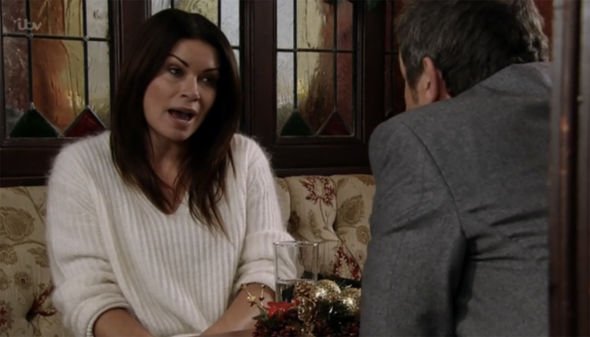 Sally’s irritated that her clumsy husband-to-be promised two people they could play the same role at their small service, and urges Tim to make a decision.

Does he choose his dad, who has been mentally abusing his own wife Yasmeen (Shelley King) under everyone’s noses, or his best friend Kevin?

Or in typical Tim style, does he hold off telling either of them, leaving the wedding day open to drama?

Elsewhere on the cobbles Carla Connor (Alison King) could be set to fall pregnant in upcoming scenes as it’s been confirmed the beloved character is going to take centre stage in a brand new storyline.

She has been rebuilding her life ever since the tragedy which unravelled following the Underworld Factory roof collapse last year, killing Rana Habeeb (Bhavna Limbachia).

And to fans surprise, the businesswoman found herself back in the arms of love rat Peter Barlow (Chris Gascoyne).

With their future looking bright, they entered into a bidding war with Tracy Barlow (Kate Ford) over the rights to Ken Barlow’s (William Roach) house, after he left the street to live in a luxury retirement complex.

The two seem relatively happy, but how will they react to news of a baby?

Carla suffered with her mental-health last year, to which viewers saw a softer side to her as she began to recover and took a step back from working life.

With Peter’s brother Daniel Osbourne (Rob Mallard) going through his own turmoil over the past few months following the death of his late wife, she stepped in to take care of his young son, Bertie.

It was during these scenes, fans got a glimpse of what motherhood could look like for the soap stalwart, so could a pregnancy be the next thing on the agenda?

Is this the start of proper family life for Carla?