SHONA Ramsey visits Gail and Sarah but refuses to see her husband David next week in Coronation Street after Clayton poisons her against him.

Shona – who is played by Julia goulding on the ITV soap – was seriously injured in the Christmas Day shooting and is currently suffering memory loss. 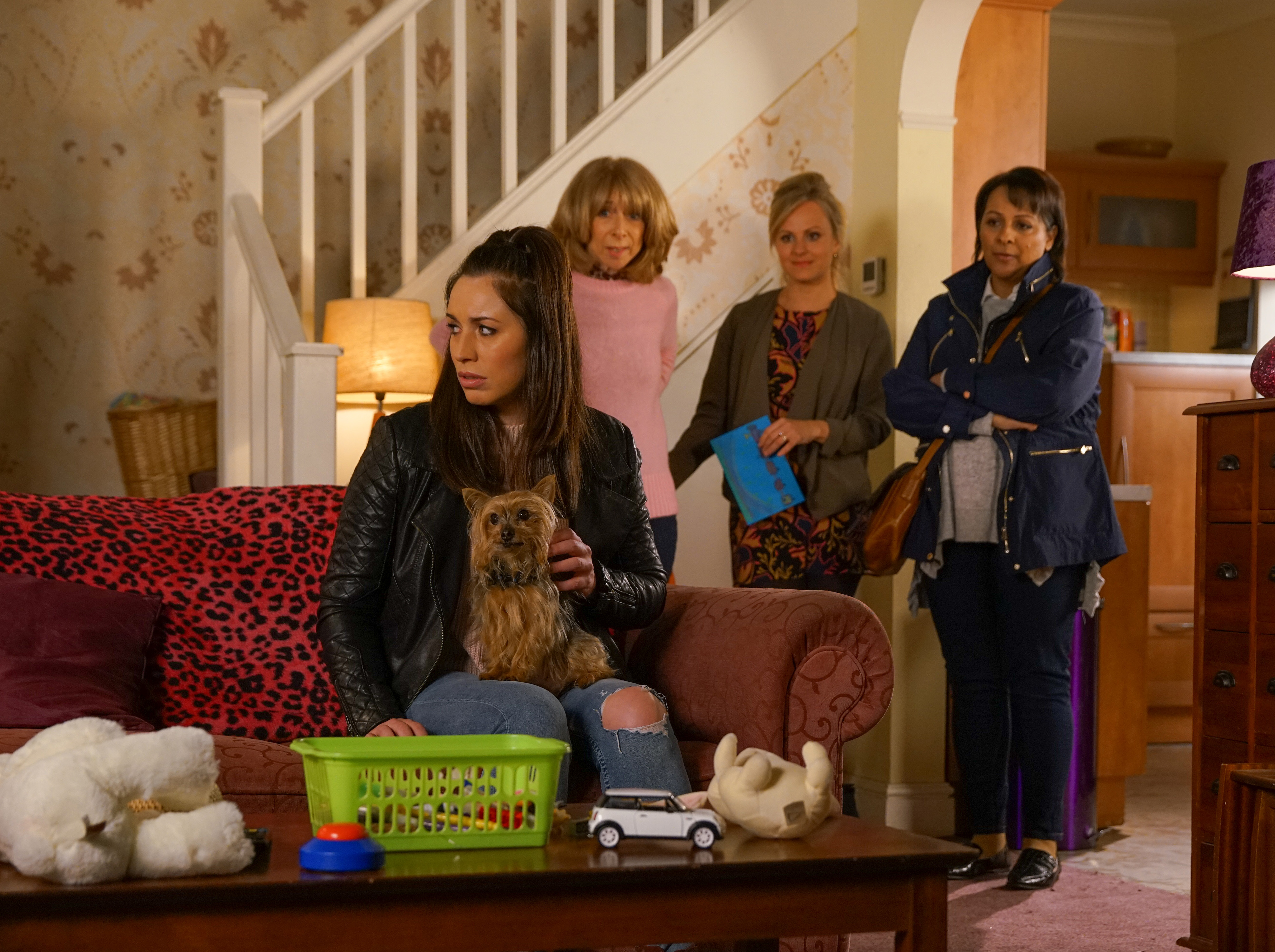 Corrie fans know that David was gutted when Shona – who’s forgotten who David was – demanded a divorce and refused to see him after being transferred to a specialist unit in Leeds.

The father-of-two then started seeking out dangerous situations for thrills in order to distract himself from his misery.

Viewers have watched him pick fights with random gangs on dangerous estates over the past few weeks.

And it looks like David’s thrill-seeking is only going to escalate in upcoming scenes as he gets more bad news from Shona. 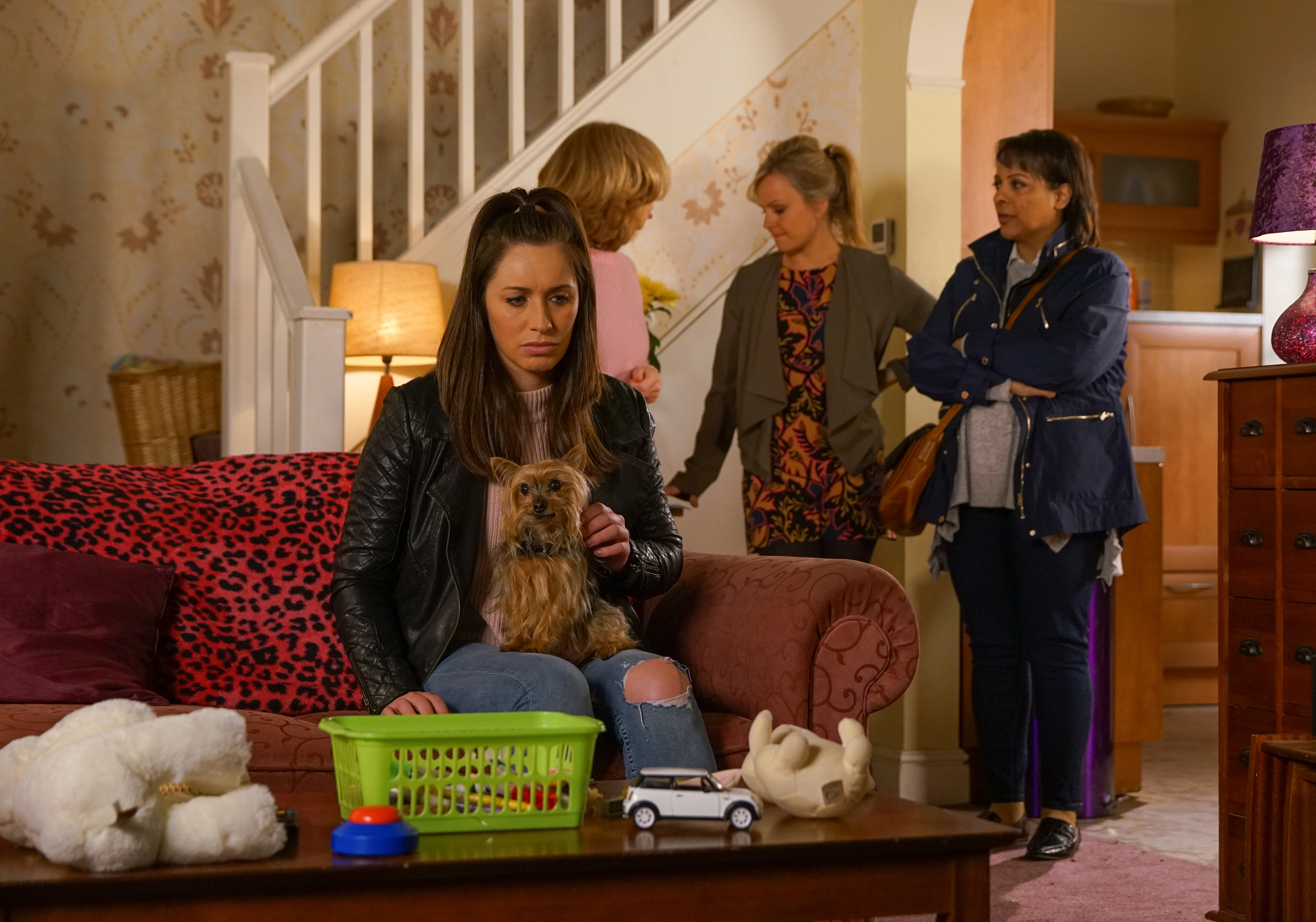 Next week’s episodes of Coronation Street will see Gail fear David is punishing himself when he returns breathless from a run.

And when David hears that Shona is being taken to visit Clayton, he sets out on another run.

Seeing an opportunity to get himself into trouble, David approaches some teenagers on bikes and shoves one of them over before irritating him further by stamping on his bike.

David sprints off as the raging youths start to chase him.

Meanwhile, Shona admits to Clayton that she only remembers him as a child.

Clayton is thrilled and takes the opportunity to manipulate the situation and poison Shona against David – much to the horror of Shona’s key worker.

Elsewhere, it all kicks off when David finds himself cornered in an alley and braces himself for a beating.

But a police car pulls up just in time causing the teenagers to scatter.

Luckily for David the officer turns out to be Craig, who releases him without charge.

When Craig tells Sarah about David’s behaviour, she takes matters into her own hands and visits Shona to beg her to give David another chance.

Later in the week, David announces that he’s just spoken to Shona’s key worker on the phone and that she wants to visit – but not see David.

David makes himself scarce as Shona visits Gail and Sarah.

The Platts are worried when Shona doesn’t seem to recognise Harry at all, but encouraged when she instinctively knows where the tea bags are.

As Gail and Sarah discuss Shona’s progress with her key worker, Shona wanders outside into the garden and disappears.

Where has she gone?

And will she ever let David see her?

Corrie fans have claimed that David will be diagnosed with Borderline Personality Disorder after displaying signs of the mental illness.

David has experienced a number of traumatic events of the years, with the troubled character drugged and raped by Josh Tucker in 2018.

Related posts:
May 19, 2020 TV and Movies Comments Off on Coronation Street spoilers: Shona Platt returns as son Clayton tries to poison her against husband David
Celebrity News:
Justin Hartley’s Ex-Wife Lindsay Defends Him Amid Chrishell Allegations
New Edition: Where is Johnny Gill Now?
The surprising meaning of Kamala Harris’ name
Chrishell Stause Likes Tweets Hinting That Justin Hartley Cheated
Kelly Ripa's Most Recent Instagram Clap Back Is Epic
Recent Posts
This website uses cookies to improve your user experience and to provide you with advertisements that are relevant to your interests. By continuing to browse the site you are agreeing to our use of cookies.Ok