Coronation Street fans are going to have to wait until the end of the year to see Yasmeen Nazir (played by Shelley King) get the justice she deserves after a year of abuse at the hands of her husband Geoff Metcalfe (Ian Bartholomew). At the moment, Geoff’s freedom relies on one person believing him – his son Tim Metcalfe (Joe Duttine). But in upcoming scenes, and with the help of his daughter Faye Windass (Ellie Leach), Tim could find himself turning on his father as the truth is exposed.

Yasmeen found herself denied bail earlier this month after a judge ruled her distressing 999 call as evidence she could possibly flee.

Between now and the trial, Imran Habeeb (Charlie De Melo) is trying to do everything he can to gather a defence and convince Yasmeen to speak out about what she has endured.

Ever since Yasmeen met Geoff, she has been experiencing coercive control and manipulation, which has gradually gotten worse.

From initially being “love-bombed”, to taking control over her personal finances and then Speed Daal, Geoff has also changed the way Yasmeen dresses, decides how long she can go out for and the time she spends with her friends. 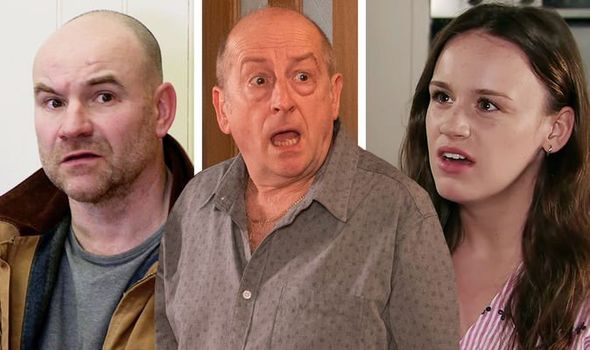 He has convinced Yasmeen these decisions are just his way of caring for and loving her, but little does she know the extent of his dark emotional abuse which makes her a victim.

While Yasmeen is currently suffering in a prison cell, Geoff is making himself at home back in Weatherfield after being discharged from the hospital.

But it isn’t long before he remembers he needs to clear the footage from the camera in their house which captured Yasmeen’s attack.

Viewers of the ITV soap will remember how Geoff had dragged Yasmeen off to the Rovers Return for a few drinks before heading to the Bistro to try the wedding menu for Tim and Sally Metcalfe’s (Sally Dynevor) big day. 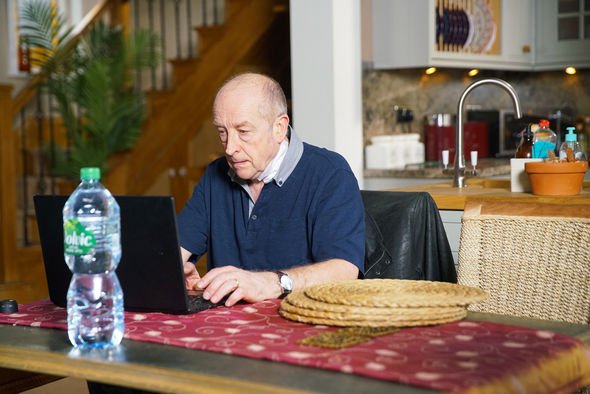 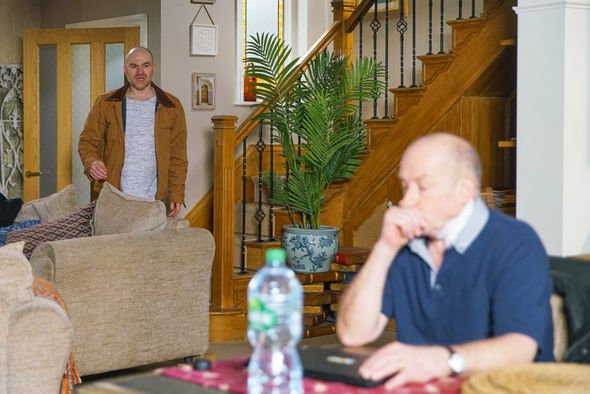 After ordering her to change and put on a red satin ball gown, Yasmeen and Geoff didn’t spend long in the pub after he kicked up a fuss and blamed it on her.

Having missed out on dinner, he got chips from the kebab shop, but the evening turned sour when Geoff started goading his wife.

Thinking her life was in danger, Yasmeen lashed out in self-defence, hitting Geoff around the head with a wine bottle.

The force caused the bottle to break and when Geoff lunged at Yasmeen, she jutted the jagged edge towards him and stabbed him in the neck.

Scenes saw him slump to the floor and gasp for air, and after initially standing there dumbfound, Yasmeen rang the police. 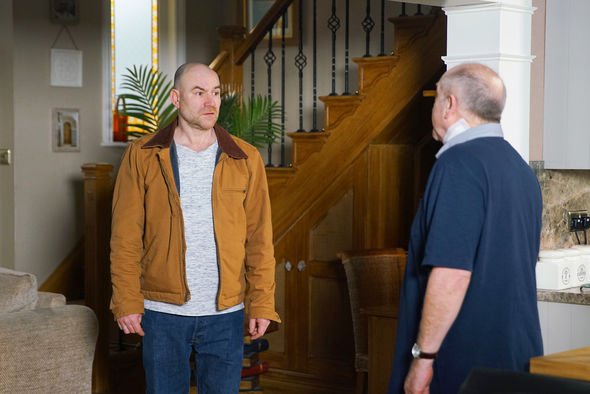 This was all captured on the camera Geoff had installed many months ago after staging a break-in at their house.

And now he has realised he needs to delete this evidence else the truth will be revealed; Yasmeen is the real victim.

But when he settles down on the kitchen table with the laptop in front of him, he is interrupted by Tim walking in.

There is no doubt Tim will ask his father what he is doing, but with doubt in his mind, will Tim go behind Geoff’s back and snoop on the laptop to see for himself?

He could ask for his daughter Faye’s help, after all she is more tech-savvy than Tim – perhaps together, they could retrieve the deleted footage and see what really happened that fateful night.

“Obviously Tim, in his own way, has been brainwashed and gaslighted by Geoff since birth more or less. So he’s very much Team Geoff,” Coronation Street’s producer Iain MacLeod revealed to the press.

But with so many people on the cobbles doubting Yasmeen’s behaviour, will Tim, armed with this footage now turn on his father?
Coronation Street airs weekdays at Monday, Wednesday and Friday at 7.30pm on ITV