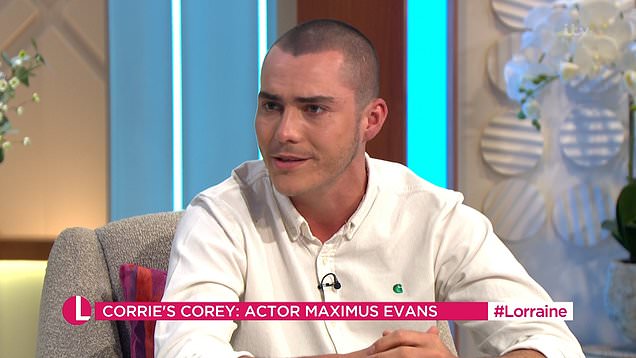 Coronation Street killer Corey Brent is set to return to the cobbles tonight and actor Maximus Evans has teased high drama is around the corner.

The actor joined Cat Deeley as she filled in for Lorraine Kelly to share that Corey will boldly turn up at the funeral procession for Seb Franklin (Harry Visinoni) – the man he killed in a horrific attack.

Teasing what’s in store, Maximus said: ‘Corey decides it’s best for him to turn up at the funeral, which is just bound for disaster.

‘It’s definitely not the right choice there. What we’ll see is the reactions from Abi and Asha.

‘Asha’s a character who has slowly slipped away now from Corey, she’s starting to understand his motives and that he really is a wrong’un.’

He added: ‘Tonight we’ll see a bit of fire on the street as he shows up.’ 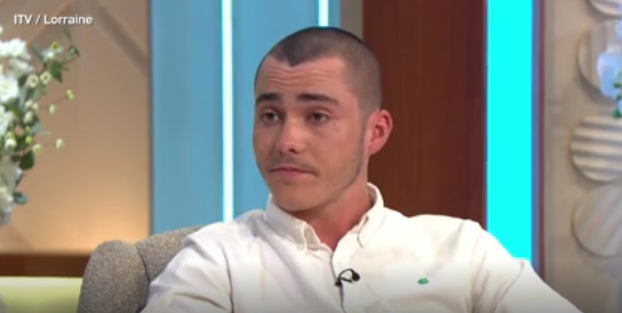 Coming up, Coronation Street spoilers have teased that Asha will take her revenge plan to new heights when she drugs Corey.

As he slips into unconsciousness, Asha grabs his phone and starts searching through it, desperate to find evidence that proves he’s a guilty man.

As it stands, Corey has managed to successfully managed to put distance between himself and the police following Seb’s death.

It’s hard to believe that behind Corey’s evil personality there’s a teenager completely out of his depth but, according to Maximus, that’s exactly what Corey is.

He told Metro.co.uk recently: ‘He is naturally scared – especially as he is guilty of something. He has never been involved with police before, so he doesn’t know what to do – which is why he’s a no commenter, he is scared.’

Lorraine airs weekdays from 9am on ITV.