DC’s Stargirl ended its first season with some major cliffhangers. In the final episode of the CW series, Cindy (Meg DeLacy) mentions Eclipso, a mysterious entity locked in a diamond-shaped object. So who is Eclipso, and how will he fit into the Season 2 storyline? 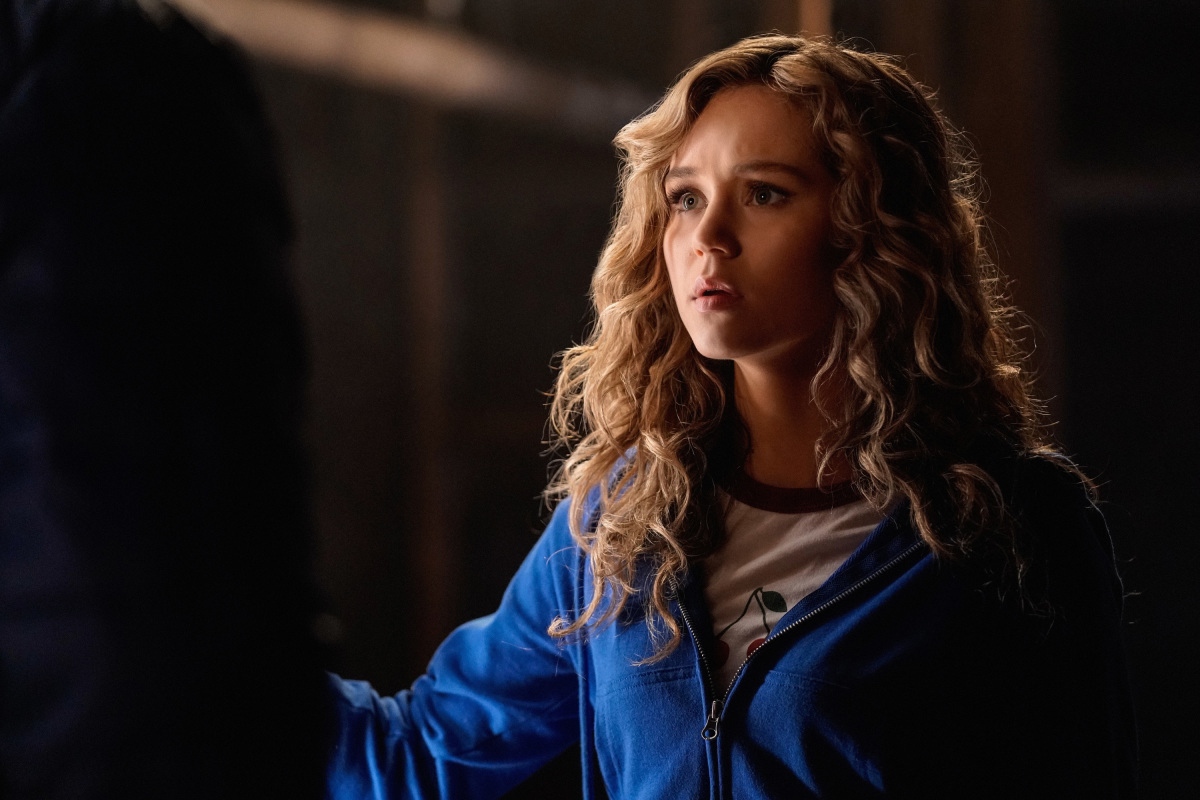 In the action-packed season finale of DC’s Stargirl, Courtney (Brec Bassinger), Pat (Luke Wilson), and the rest of their Justice Society of America team members manage to take down the Injustice Society and stop their evil “Project New America” plan. Mike (Trae Romano) saves the day by plowing through Icicle with a pickup truck and shattering him into pieces.

However, there are a few ISA members that manage to escape. Rick (Cameron Gellman) has the chance to kill Solomon Grundy, but after seeing how afraid the big guy is, he lets him go. Cindy, who escapes her cell and kills her father, Dr. Ito, aka Dragon King (Nelson Lee), is seen in the final scenes rummaging through the Wizard’s storage closet.

She finds an illuminated diamond-shaped object with a mysterious swirling gas inside. “I see you in there, Eclipso,” Cindy says with an evil grin.

So who is Eclipso?

In DC Comics, Eclipso is a supervillain that was first introduced in the 1963 House of Secrets series. The character was rebooted as a more powerful being in the 1992 miniseries, Eclipso: The Darkness Within, in which he takes on and possesses superheroes like Superman, Captain Marvel, and Batman.

In the comics, Eclipso was created by God, which is why he has immense power and ability.  The immortal being can control and manipulate the weather to create disastrous floods and storms. He can also fly, manipulate his host body, and emit deadly rays from his eyes.

How will Eclipso fit into Season 2 of ‘DC’s Stargirl’?

The diamond-shaped gem Cindy finds in the finale of Stargirl is most likely Eclipso’s Heart of Darkness gem. In the comic books, Eclipso has the ability to overpower anyone who touches the cursed gem.

He can control their powers and manipulate them to do his bidding. Eclipso can also enhance the host’s abilities or give them new ones if he chooses.

In an interview with TV Line, Stargirl showrunner and creator Geoff Johns noted Eclipso’s history with a few current JSA members. And he revealed that Eclipso, along with another villain, The Shade, will play a major role in the second season’s storyline.

“Eclipso is one of my very favorite villains in the books, and he’s somebody who in the comics actually killed Beth Chapel and Yolanda Montez — and they never came back, until recently,” Johns said.  “They were dead before I ever got into comics in the ’90s, but I brought them back at the end of Doomsday Clock. Eclipso is a really interesting character because he embodies darkness and corruption. The Shade, we obviously set up. And there are more character and other surprises we haven’t even hinted at yet for Season 2.”

A premiere date for Season 2 hasn’t been announced just yet. But fans can still watch the first season of Stargirl on the CW app.