Death In Paradise fans have seen a number of their favourite characters say goodbye to the island of Saint Marie over the years. Dwayne Myers’ (played by Danny John-Jules) departure devastated viewers but catch-up services are allowing fans the opportunity to take a trip down memory lane and some eagle-eyed viewers have spotted a huge plot hole.

While it’s not yet clear whether the series will return in early 2021 as expected or whether it will be delayed.

In the meantime, fans can reminisce as the previous eight series have been uploaded onto BBC iPlayer and Britbox.

However, some scenes early on in the series have led some fans to speculate over hidden clues that reveal the identity of the killer.

Read more: Death in Paradise cast: Who is actor Sarah Smart? Who did she play? 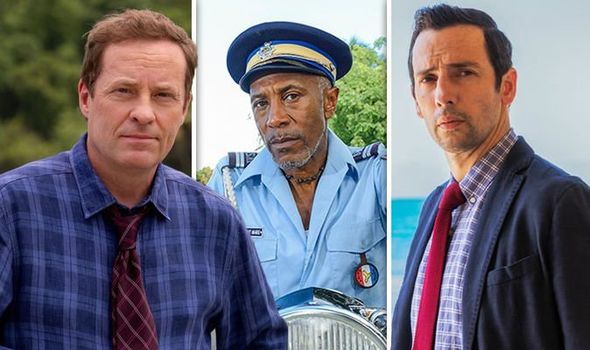 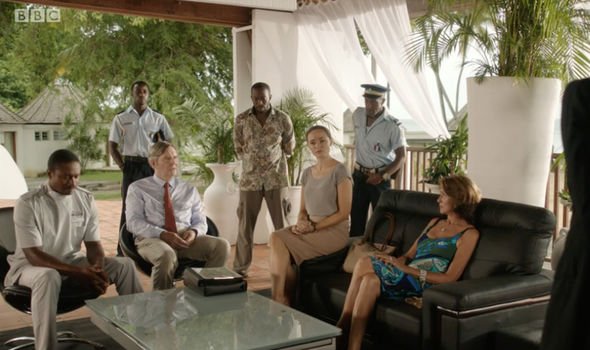 Despite Death In Paradise seeing a number of lead detectives come and go, the show continues to follow a similar format.

In the beginning, a victim will be brutally murdered and throughout the episode, the Saint Marie team will discover a host of clues pointing at the identity killer.

There will usually be a few red herrings along the way before the lead detective gathers the suspects in a room and unmasks the killer.

But, eagle-eyed viewers have spotted a huge plot hole and uncovered how fans can correctly guess the killer before they are revealed. 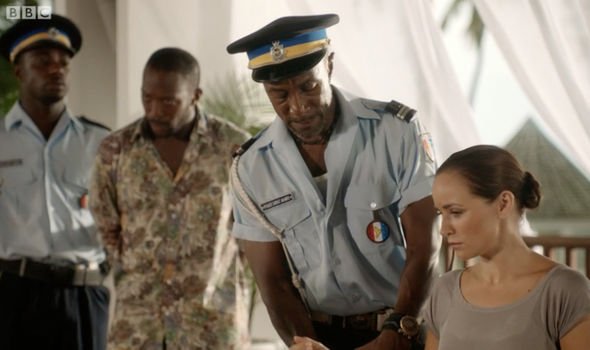 In the very first episode, DI Richard Poole (Ben Miller) is tasked with investigating the murder of a policeman.

The victim was found murdered in a locked room and at first, the detective struggles to unravel the clues.

During the unmasking scene, Richard picked up a book which incriminated the murderer and made it clear that he was now talking to the killer in the room.

Richard revealed that a member of the Saint Marie police force was to blame before she admitted she had felt she’d been passed over for promotion.

Dwayne was stood behind the killer during the entire scene and one fan has spotted this was the beginning of a pattern.

Reddit user Idk-what-to-put-lol shared: “Has anyone else noticed in the scenes where you find who the murderer is in the first few seasons.

“You can tell who it is because Dwayne is standing behind them so he can unexpectedly handcuff them?”

The second episode’s killer reveal also shares this plot hole as once again Dwayne is standing behind the murderer.

This pattern continues into the next series and in season two, episode three, once again Dwayne is on hand to arrest the killer first.

Richard gathers all of the suspects in a room and members of the Saint Marie are standing by different suspects.

But, when Richard announces who the evidence points towards, Dwayne is standing right behind them.

Death In Paradise seasons one to nine are available on BBC iPlayer.