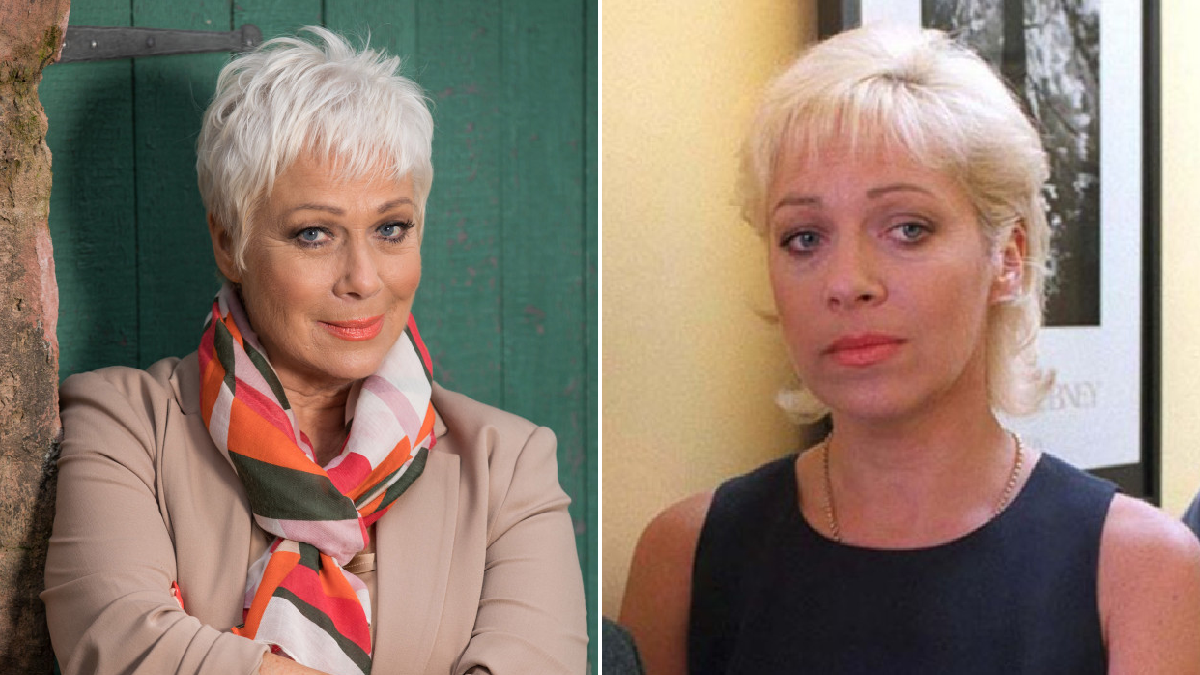 Denise Welch has recalled a time she walked off set while working on Coronation Street.

The actress, who portrayed Natalie Horrocks on the ITV soap, told her fellow Loose Women panelists about how a director’s rude comment left her in tears.

‘A director once was very, very rude to me, many years ago, on Corrie actually,’ she said to Ruth Langsford, Gloria Hunniford and Carol McGiffin.

‘I’ve only twice walked off set in my life, I’m not exactly “Diva Den”.

‘I’d rehearsed a million times and asked if we could have one rehearsal for the actors, and he said, “Don’t you worry your pretty little head about that, my dear.”

‘And I felt the stinging tears, but it was stinging tears of anger, and I just said, “I shall be in my dressing room when you are ready to apologise”. That was my diva moment.’

Trish, who runs her own dance school, doesn’t have a very good relationship with her daughter, and she will do whatever it takes to succeed in her career, no matter the cost.

The character is also keeping a lot of secrets about what happened in her past, after old rivals Marco and Jacob (played by AJ and Curtis Pritchard) showed up and attempted to blackmail her.

Trish, desperate to keep her past in the past, gave into Marco and Jacob’s demands.

Related posts:
June 24, 2021 TV and Movies Comments Off on Denise Welch walked off Coronation Street set after sexist comment
Celebrity News:
What Is Offset's Real Name?
How Did Courteney Cox Meet Boyfriend Johnny McDaid? What Is Their Age Difference?
It Was Love at First Sight When Track Athletes Tara Davis and Hunter Woodhall Met at Age 16
Scooter Braun Officially Files For Divorce From Yael Cohen – & Already Has A Prenup In Place!
OMG! Prince William Is Also Writing a Book After Harry's Memoir News
Recent Posts