Netflix’s new reality competition show Too Hot to Handle follows a group of sexy singles who — unbeknownst to them — have volunteered to partake in a celibacy challenge. For an entire month, they must focus on building deeper emotional connections, without “breaking the rules.” No kissing. No inappropriate touching. No sex. For each offense, money is deducted from the $100,000 grand prize. A simple kiss will cost the group $3,000. 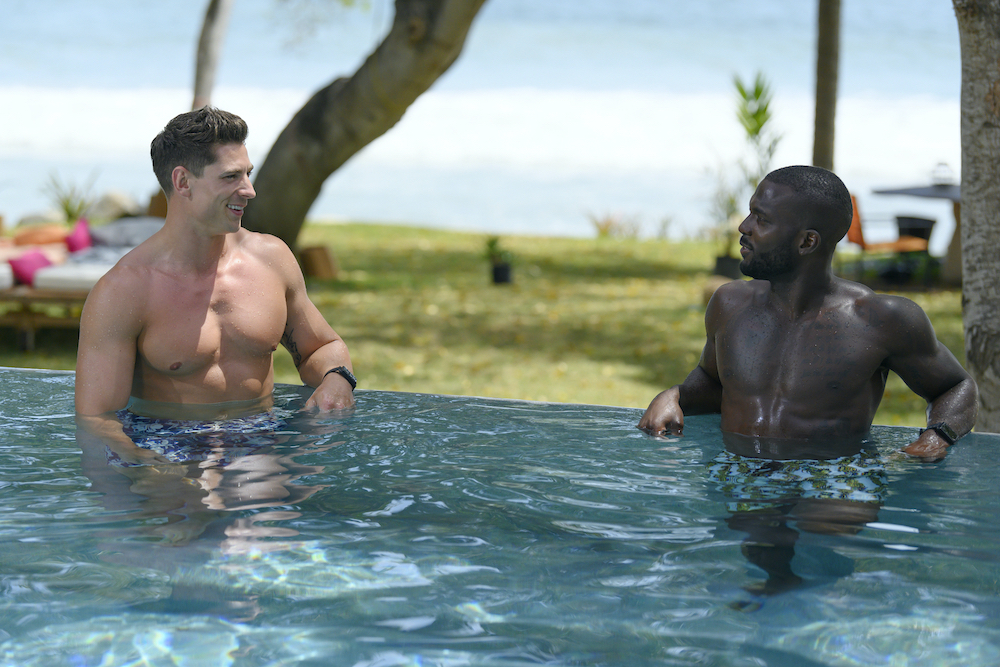 With all the eyebrows on fleek and muscles shooting out from every area, the temptation grows and grows. Yet, if two people begin to show true progress — the game grants them a “green light” via a watch monitoring their activity, providing a brief moment to steal a quick kiss. While the concept is interesting — and many have enjoyed laughing with (or at) these singles who can’t keep their hands to themselves — the ending was definitely a bit controversial.

[Spoiler Warning for Too Hot to Handle season 1]

Too Hot to Handle starts with a $100,000 grand prize to be split between all those “deemed worthy” at the season’s conclusion. Toward the end of the season, some contestants bid the other members farewell, while others are asked to leave due to a lack of personal growth and unwillingness to surrender to the challenge — controlled by A.I. woman Lana.

Throughout the show, several contestants break the rules, yet grow as individuals. Others never break the rules but seem to enter and exit with a synonymous sexual outlook. Thus, when all the contestants remaining were awarded the same amount of money, it felt unfair. The ending— after such a suspenseful build-up — fell with a loud thud.

Success on Too Hot to Handle can be separated into two factors: following the rules, and growing as an individual — coming to harbor a new and mature sexual outlook.

While Francesca and Harry both matured on the show, coming to understand the value of an emotional connection (or so the show made you believe), they broke the rules several times! They broke the rules more than anyone else on the show, yet left with the same amount of prize money. On the other hand, Sharron and Rhonda fostered the same — if not a greater level of — personal growth, yet managed to follow Lana’s rules. Did Sharron and Rhonda not deserve a little more money than those who eschewed the rules on the daily?

Furthermore, while Kelz — “The Accountant” — wanted to keep all the money in the pot, his motivation seemed purely financial throughout the show’s entire run. Did he deserve the same amount of money for following the rules, without seeming to fully dedicate himself to the mission?

In short, Too Hot to Handle should not have divided the money evenly. Rather, Lana (the producers) should have found a way to deduct from certain individuals and add to others based on success; thus, the money would have felt more like an earned award and not a consolation prize for participation.

Related posts:
May 6, 2020 TV and Movies Comments Off on Did Netflix's 'Too Hot to Handle' Butcher the Ending?
Celebrity News:
Novak Djokovic is extremely disappointed to be deported from Australia
Lucy Mecklenburgh flaunts baby bump in swimsuit as she kisses fiancé Ryan Thomas
50 Cent’s GF Cuban Link ‘Sick of’ Trolls Accusing Her of Having Plastic Surgery
Bob Saget Revealed COVID-19 Battle Days Before Death: 'It Does Not Feel Good'
Katherine Ryan takes mick out of Molly-Mae Hague backlash amid '24-hour' comment
Recent Posts