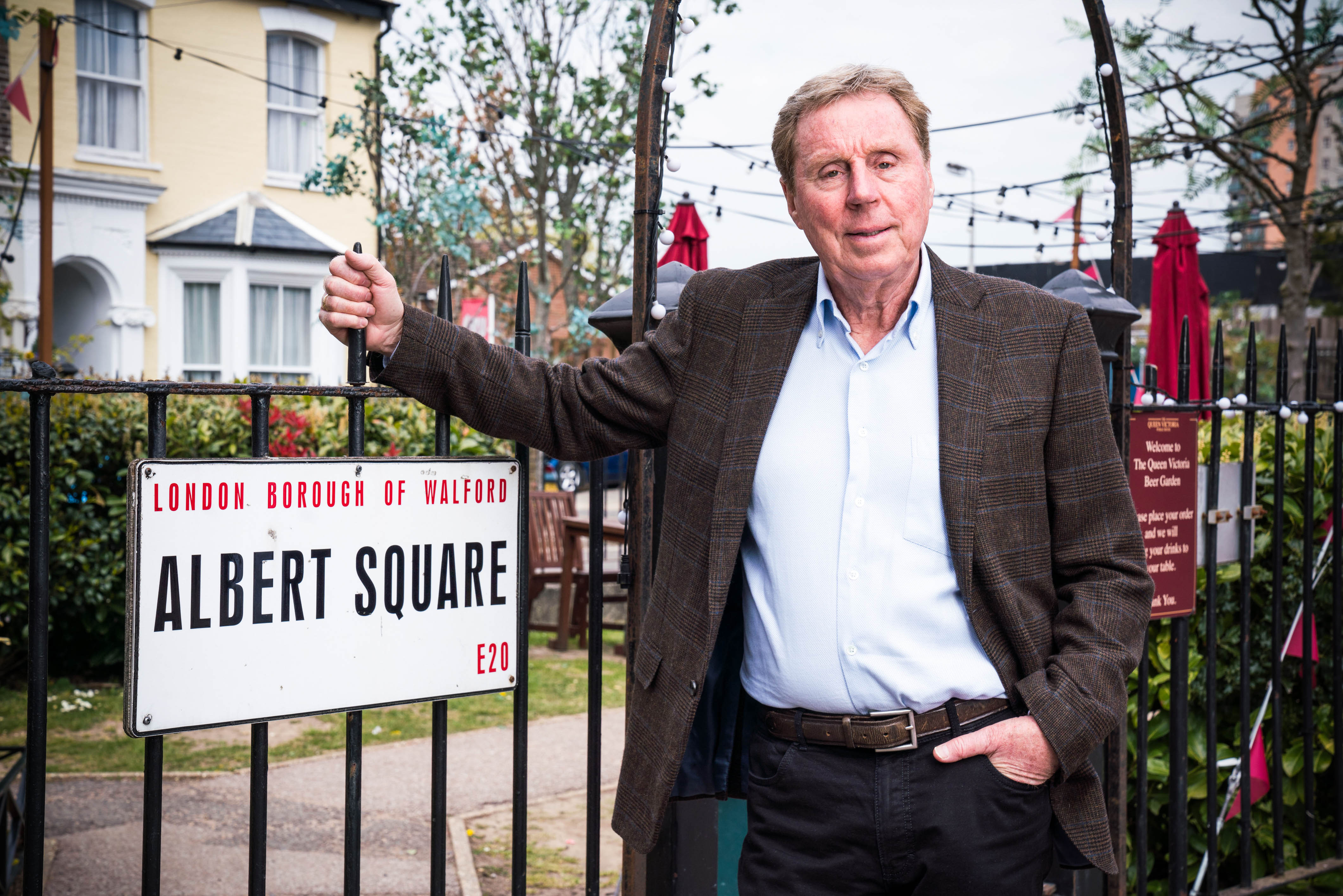 EastEnders has unveiled a first-look at Harry Redknapp’s upcoming cameo in the BBC One soap.

The true East Ender will be making a very special appearance in the long-running serial drama this summer, in an episode that will coincide with the European Championships.

Harry’s status among West Ham supporters guarantees that he will be welcomed to Walford with open arms, as the residents of Albert Square celebrate the tournament.

The legend’s renowned football career began with playing for West Ham United,  before going onto manage them – as well as AFC Bournemouth and  Portsmouth among many others.

He was crowned King of the Jungle in I’m a Celebrity… Get Me Out of Here in 2018.

‘It’s no secret that I’ve wanted to be in EastEnders,’ said Harry, ‘So I’m over the moon to be making a special cameo this summer.

‘With a nod to the Euros, it’s a lovely fit and as a proper East Londoner it’s been so much fun. Sandra’s a huge fan, she watches it every day so it’s a real special moment for the whole family!’

EastEnders’ Executive Producer Jon Sen added: ‘What better way to mark a special summer for football fans by having none other than West Ham legend Harry Redknapp pay a visit to Walford.

‘He’s synonymous with London’s East End and we were delighted to hear he’s a fan of the show too. We can’t wait for audiences to see what brings Harry to Albert Square.’

Harry had been pictured leaving the EastEnders set last week.

Join the community by leaving a comment below and stay updated on all things soaps at our homepage.

Related posts:
May 4, 2021 TV and Movies Comments Off on EastEnders confirms Harry Redknapp cameo & reveals first look
Celebrity News:
Monty Don shares Gardeners’ World filming struggle with video of his unhappy dogs
Caitlyn Jenner Claims Her Kids Were ‘Scared’ For Her When She Revealed Her Bid For California Governor
The young mum-to-be treated like a criminal for having a dying foetus
Ivanka Trump Hits Her Son, 5, In The Face With A Surfboard During Private Mother’s Day Lesson — Pics
Michael B. Jordan Reveals His Plan For Having Kids Amid Lori Harvey Romance — Watch
Recent Posts