EastEnders: Chelsea and Kim Fox get revenge on Dwayne

Ever since Gray Atkins (played by Toby Alexander-Smith) murdered Kush Kazemi (Davood Ghadami), EastEnders fans have been speculating over who will become the lawyer’s next victim. In upcoming scenes, Chelsea Fox (Zaraah Abrahams) will grow close to Gray in order to use him to avoid paying solicitor fees, however, this budding romance will go even further when she decides to go on a date with the murderer.

In episodes that air on Thursday, but are available as part of the EastEnders boxset on BBC iPlayer, Chelsea finds herself in trouble with the police.

The troubled Walford resident is questioned over stolen handbags and is warned by Jack Branning (Scott Maslen) to get a lawyer.

Chelsea decides to flirt with Gray in order to avoid paying him fees for representing her.

However, will she regret reaching out to the sinister lawyer or will she be the one to bring the murderer to justice?

Read more: EastEnders favourite Stacey Slater returns to be by Jean’s side? 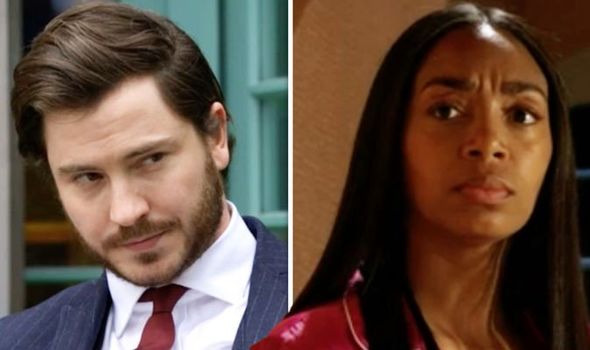 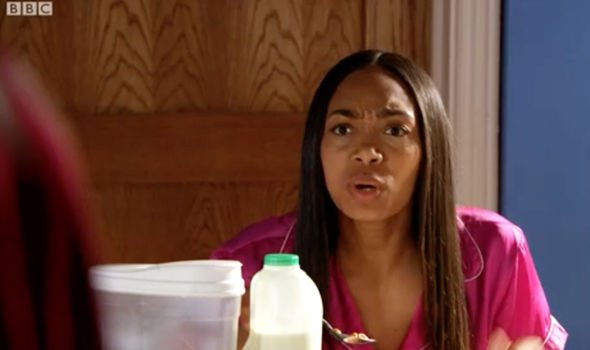 Next week on the BBC soap, Denise is dumbfounded when Chelsea brushes off the fact she was charged and bailed for the stolen handbags.

She admits she is starting to see Gray in a new light and hopes to take their relationship further.

Chelsea convinces her mum to babysit Mack and Mia but Kim Fox (Tameka Empson) isn’t impressed by her niece’s actions.

Will Chelsea fall into the same trap as murdered Chantelle Atkins (Jessica Plummer)? 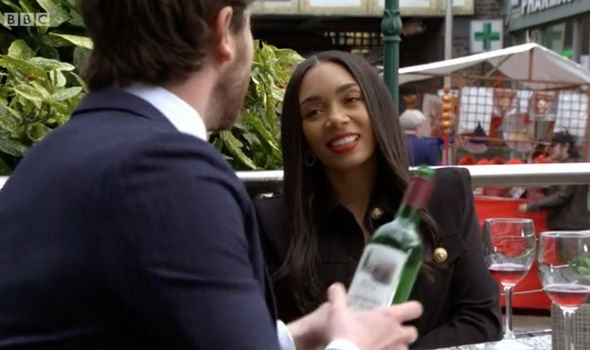 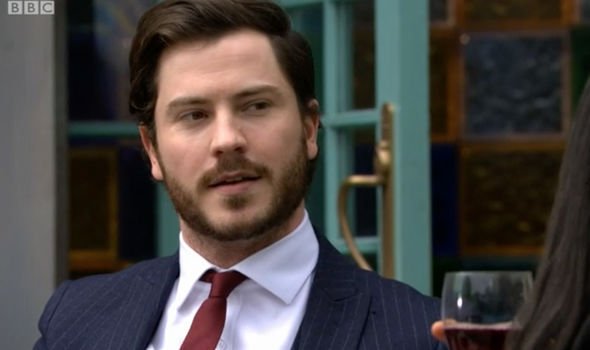 Speaking out on Chelsea’s motives, Zaraah said: “She thinks he is a good-looking guy.

“He’s doing well for himself, so she pursues it. She was first turning it on to get a freebie but then there is actually an attraction so she goes with it.

“It’s a difficult one because she is attracted to him, obviously, but she wants to make sure that her legal battle is secured.

“When she realises that Gray feels the same, she’s not necessarily doing it for the free law advice anymore.”

“There is a spark there and with that comes a few perks which makes the attraction stronger,” she added.

EastEnders fans are convinced Chelsea is in huge trouble as one tweeted: “Gray Atkins better keep his eyes off Chelsea Fox and not make her one of his victims! #EastEnders.”

“NO GRAY! You stay well away from Chelsea! #EastEnders,” another wrote.

A third added: “Did anyone else notice the look between Chelsea and Gray? I can see this storyline running a bit longer, but surely Denise would recognise the signs of any abuse? #EastEnders.”

“The ONLY way I’d accept Gray and Chelsea getting together is if she’s the key to bringing him down. Otherwise, I don’t wanna know #EastEnders,” a fourth suggested.

Someone else shared: “Gray got his eye on his next victim Calling it now Chelsea will be killed by him #eastenders.”

He invites them to the opening of the cab company and laundrette but is furious when Denise refuses.

She warns him Denise won’t be pleased if he announces the news out of the blue.

Kat urges him to be patient and explains Denise may stop Phil from seeing his son altogether.

EastEnders continues on BBC One on Thursday at 7.35pm.

Related posts:
June 22, 2021 TV and Movies Comments Off on EastEnders set for another murder as Chelsea Fox unveiled as Gray’s next target?
Celebrity News:
It Was Love at First Sight When Track Athletes Tara Davis and Hunter Woodhall Met at Age 16
Scooter Braun Officially Files For Divorce From Yael Cohen – & Already Has A Prenup In Place!
OMG! Prince William Is Also Writing a Book After Harry's Memoir News
Courteney Cox: My cooking is a lot better than the restaurants I used to go to
Are Shailene Woodley And Aaron Rodgers Planning Their Wedding?
Recent Posts