IQRA Ahmed begins to doubt the foundations of her relationship with girlfriend Ash Panesar when she shows a calculating side.

It won’t be the first secret that Ash has kept from her girlfriend since her arrival last year.

Visit our dedicated EastEnders page for all the latest spoilers, pictures and gossip from Albert Square 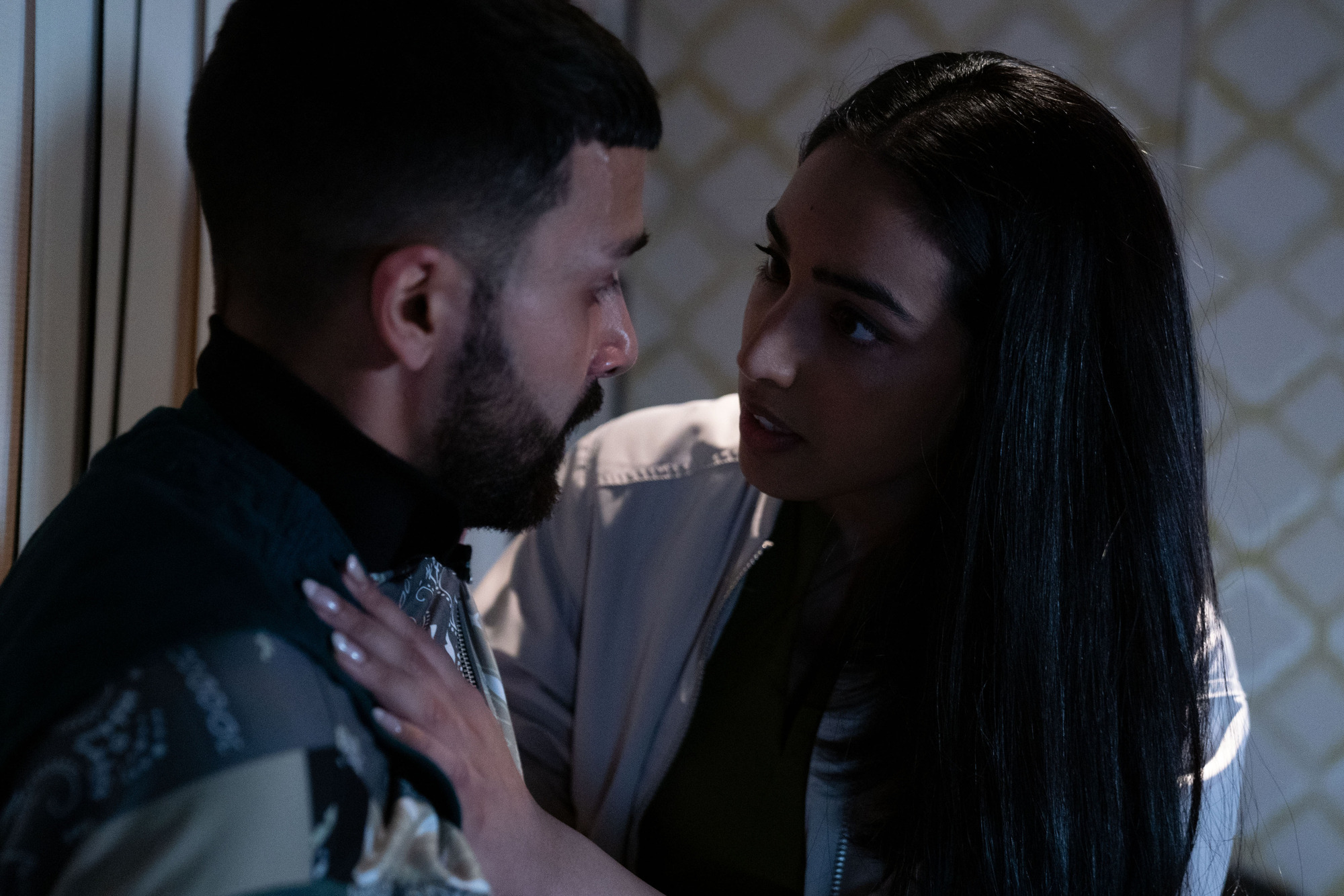 EastEnders fans know that Ash has been shrouded in mystery ever since she arrived in the Square last year.

When Iqra came out to her family and introduced them to Ash, she realised that Ash hadn’t introduced her to any of her relatives and seemed to be keeping secrets.

Ash was then revealed as the secret sister of the Panesar brothers when they bulldozed into the Square and sought her out.

It emerged that Iqra had cut them off after they disapproved of an abortion she’d had when she 19.

And Iqra was in for more of a shock when Ash’s mother Suki arrived on the scene and pretended she was dying from cancer.

The matriarch had them all hoodwinked until Jean exposed her for the liar she was in the pub.

Despite all of Ash’s secrets, Iqra is yet to run a mile but her opinions of her girlfriend are thrown into doubt yet again in upcoming scenes. 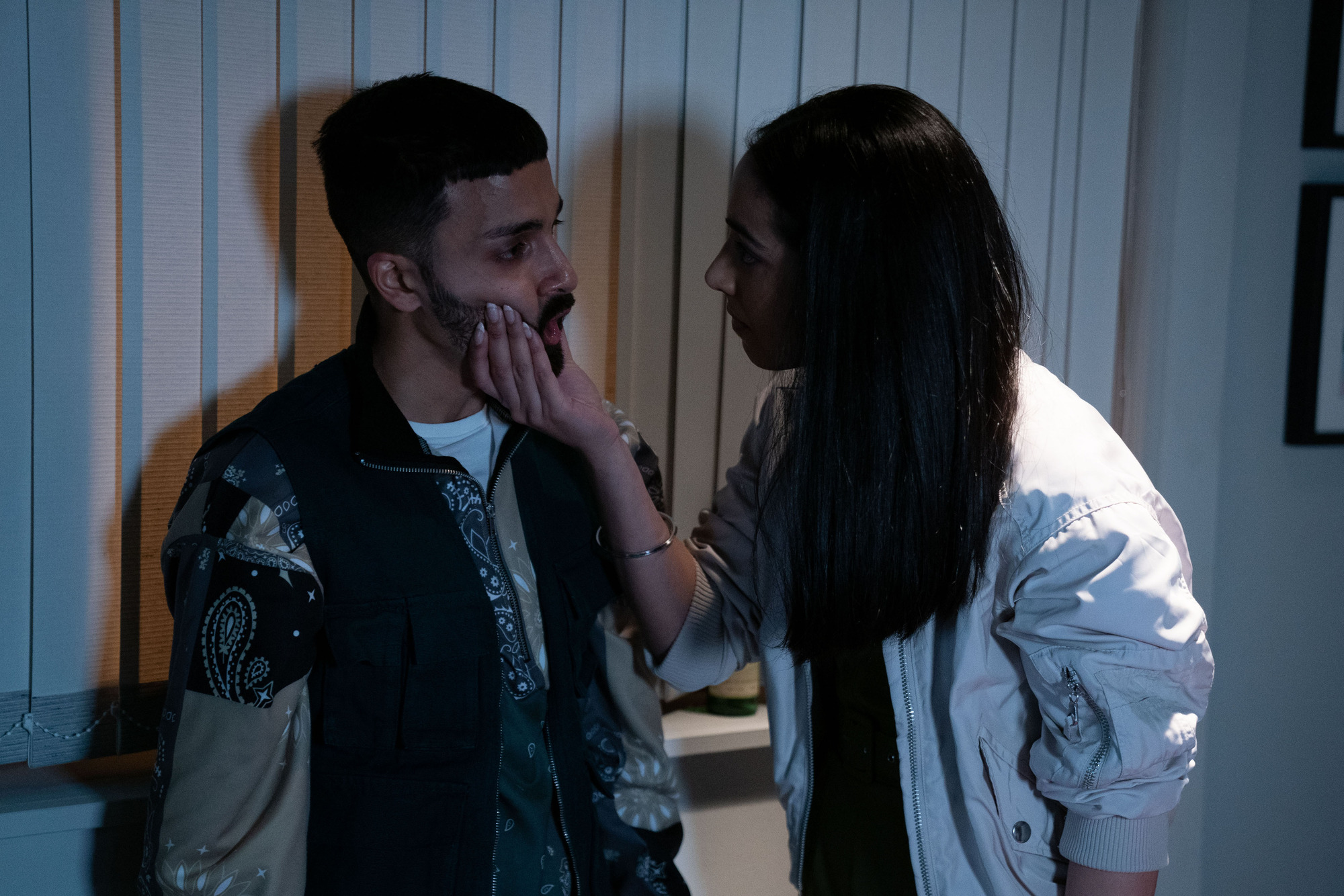 In next week’s episodes of EastEnders, Vinny gets his party underway and Ash and Iqra attend.

But things quickly spiral out of control when Vinny’s friend, Hari, throws some insults at Ash and Iqra.

It all kicks off when Vinny flies into a rage and attacks Hari as the police arrive.

And things dramatically worsen when a brick is thrown at the police car.

But Ash manages to take control of the situation and sorts everything out.

Later, Iqra admits she’s stunned to see such a new calculating side to Ash and questions whether she knows her at all.

After the dramatic evening, could Ash and Iqra’s relationship be on the rocks?

Fans were left fearing for Iqra’s life when Suki said she “had to go” after meeting her for the first time.

After being pleasant to the girls’ faces, it became clear she didn’t approve of their relationship once they’ve gone.

But maybe Suki won’t have to stick her oar in if Ash and Iqra manage to ruin things by themselves.

Related posts:
April 7, 2020 TV and Movies Comments Off on EastEnders spoilers: Iqra Ahmed horrified as girlfriend Ash shows her scheming side
Celebrity News:
‘Avengers’ Male Cast Defends Chris Pratt Over ‘Worst Hollywood Chris’ Label, but It Backfires
Dax Shepard Covers His Face With His Shirt While Getting Food Delivered
Scott Disick Hilariously Pokes Fun At Kourtney Kardashian's Use Of WAP Lyrics On Instagram!
Ina Garten Reveals What's 'Really Impressive' To Her at Dinner Parties
Jacqueline Jossa has a secret tattoo that was inked by husband Dan Osborne
Recent Posts
This website uses cookies to improve your user experience and to provide you with advertisements that are relevant to your interests. By continuing to browse the site you are agreeing to our use of cookies.Ok