Stacey Slater (played by Lacey Turner) left EastEnders last year as the actress went on maternity leave. This week, Lacey was been seen outside the BBC studios, returning to take part in filming for the soap. But what is in store for the no-nonsense, straight-talking Slater when she steps back onto the Square? Over the past few months, a lot has changed, perhaps most obviously is Stacey’s relationship with Martin Fowler (James Bye). The couple called time on their marriage in 2019 and it seems the fruit and veg stall holder has already found someone else to warm Stacey’s side of the bed. But how is she going to react when she finds out Martin is dating Ruby Allen (Louisa Lytton)?

After a decade away from E20, Stacey was one of the few people to welcome Ruby back with open arms.

Her comeback storyline was dark, involving rape and a police trial which saw the two men charged and sentenced to ten years imprisonment for their sexual assault.

Stacey was by Ruby’s side the whole way, offering her support at some of Ruby’s darkest times.

So how is she going to feel when she finds out her long-time friend has betrayed her and started dating her husband? 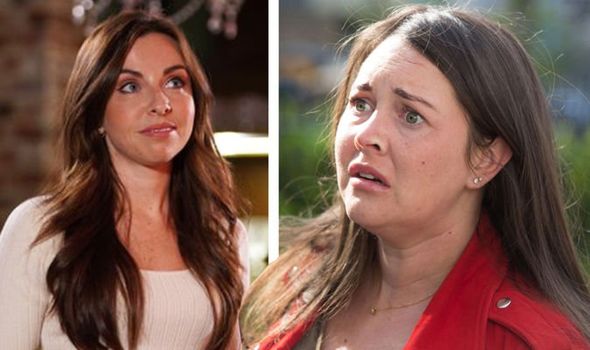 Stacey was last seen on screen discussing her future with Martin.

It comes after Ben Mitchell (Max Bowden) started blackmailing him and told him if Stacey returns, he would kill her and her children.

In order to keep her safe, Martin met up with Stacey in secret and told her he can’t be with her anymore, lying and telling her he had cheated on her with his ex-wife Sonia Fowler (Natalie Cassidy) and was still in love with her.

Stacey believed him and has since stayed away from EastEnders. 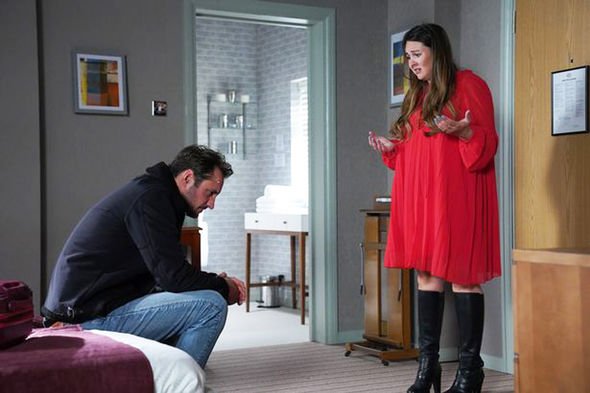 She was last mentioned earlier this year when Kush Kazemi (David Ghadami) received a phone call from Stacey who asked him how her mother Jean Slater (Gillian Wright) was doing.

Viewers will remember how Kush failed to mentioned Jean’s mental breakdown in a bid not to worry Stacey.

So what’s in store for when she returns?

The actor who plays Martin spoke about filming resuming for the BBC soap following the coronavirus pandemic lockdown. 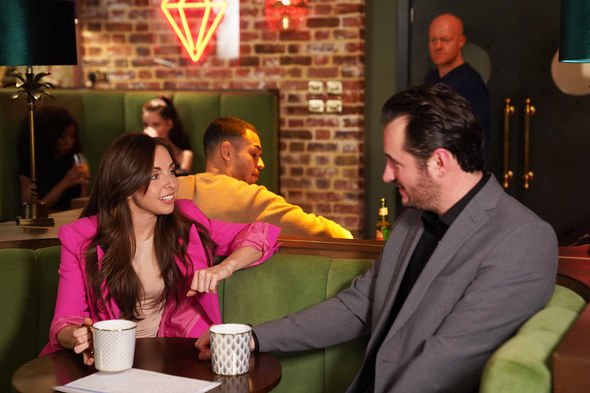 He said: “I’m looking forward to getting back and seeing what EastEnders has in store really.

“I think where they left Martin before the break was quite an interesting position with the hint that Martin and Ruby were getting it on.

“So I’m looking forward to seeing what is going to happen as much as being involved in the show, as a viewer I’m also quite excited.

“As well as the challenges we’re going to face,” James added.

In reference to the “challenges”, does James mean the trouble his character and Ruby will face when Stacey finds out about their relationship?

There is also the question of whether or not Stacey will confront Sonia about Martin’s infidelity.

After all, Martin didn’t sleep with Sonia until after he broke up with Stacey, and surely Stacey will have something to say about this?

EastEnders airs Monday at 8pm and Tuesday at 7.30pm on BBC One.

Related posts:
June 30, 2020 TV and Movies Comments Off on EastEnders spoilers: Stacey Slater outraged as she uncovers Ruby Allen’s secret betrayal?
Celebrity News:
Tom Hanks Celebrates His 64th Birthday With a Huge Dive Into a Pool
Shane Dawson loses million subs over Tati Westbrook drama and racism allegations
From ‘Mrs America’ To ‘Bad Education’ To ‘Defending Jacob’ Will Movie Star Vehicles Dominate Emmy Limited Series/Movie Races? – TV Talk Podcast
Jenelle Evans Twerks In a Bikini, Learns Hard Lesson About the Cruelty of TikTok Commenters
Fortune Feimster and Gina Yashere to Host Virtual GLAAD Media Awards
Recent Posts
This website uses cookies to improve your user experience and to provide you with advertisements that are relevant to your interests. By continuing to browse the site you are agreeing to our use of cookies.Ok