EastEnders’ Jean Slater (played by Gillian Wright) was happy to discuss her cancer treatment with Suki Panesar (Balvinder Sopal) after discovering the new arrival on the Square was also suffering from the illness. However, after a few slip-ups, Jean became suspicious that the matriarch was hiding something and was horrified when she realised she had been used as part of Suki’s evil plan to deceive her family while she grieved for Daniel Cook (Ade Edmonson).

In recent scenes, Shirley Carter (Linda Henry) made it clear to Jean that she didn’t like Suki and thought something didn’t quite add up.

In tonight’s instalment of the BBC soap, Jean explained that she wanted to make sure she was right to be suspicious of her new friend by bringing her along to a fundraising bake sale.

At first, Jean’s plan backfired as the Panesar matriarch failed to incriminate herself by opening up on her illness.

However, Jean was distraught when Suki quoted her almost word by word from a previous conversation they had about how tough it can be facing cancer. 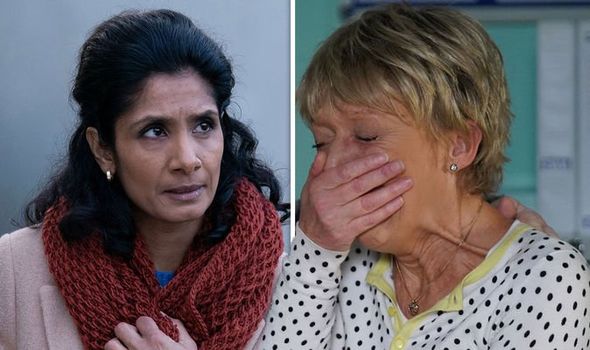 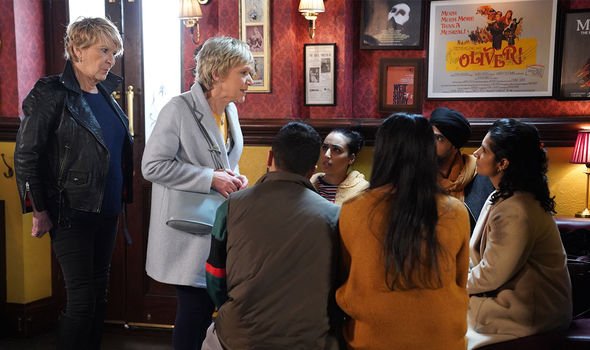 Shirley and Jean wasted no time in confronting Suki in the Queen Vic while she was surrounded by her loved ones.

Initially, she brushed off the accusations, but when her sons threatened to evict the Slaters as revenge, Suki told the truth.

Ash Panesar (Gurlaine Kaur Garcha) in particular was horrified by her mother’s actions and urged her to apologise to the Slater matriarch.

However, Jean refused to accept Suki’s apology which led to the devious new arrival lashing out. 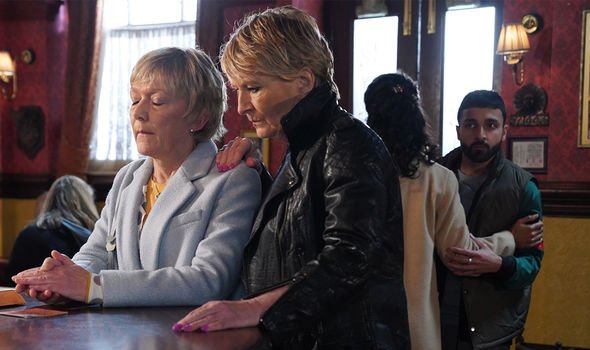 Jean began: “I lost a man I dearly loved to cancer, I watched him fight and cry and fight again and you bring me a bottle of wine.

“Look at you, picture of health, not dying after all nowhere close in spite of the pain and despair that you brought to your children and to me because, to be honest I was getting to quite like you.”

“I thought here is a woman I can help and help you I did,” Jean continued. “I told you everything you needed to know about cancer I was like your own little tour guide.

“You don’t know what it’s like, do you? To feel so weak you can barely stand and even on my bad days I still tried to do my best by you.”

“And I said sorry I even bought you a gift not that I’ve heard a thank you,” Suki quipped.

“You want to go to hospital for real?” Kat Slater (Jessie Wallace) hit out before Jean added: “You need to leave.”

Trying to explain her side of the story, Suki remarked: “You mentioned children Jean all I wanted was mine back and here they are right beside me.

“It worked and I’d do it all again and you know what’s really ironic is you actually had cancer and you’re children couldn’t care less.”

“You will never step foot inside my house again,” Jean exclaimed to which Suki hit back: “I think you’ll find it’s my house.”

When the Panesar brothers first arrived on the Square, they bought the Slaters’ house and tried to force them out when they raised the rent.

Luckily, Daniel stepped in and subsidised the payments to keep Jean safe but Suki’s threat could mean the cancer survivor will have to find somewhere else to live.

Will the devious Panesar matriarch follow through on her threat and kick Jean out or will she finally see the error of her ways?

EastEnders continues Thursday on BBC One at 7.30pm.