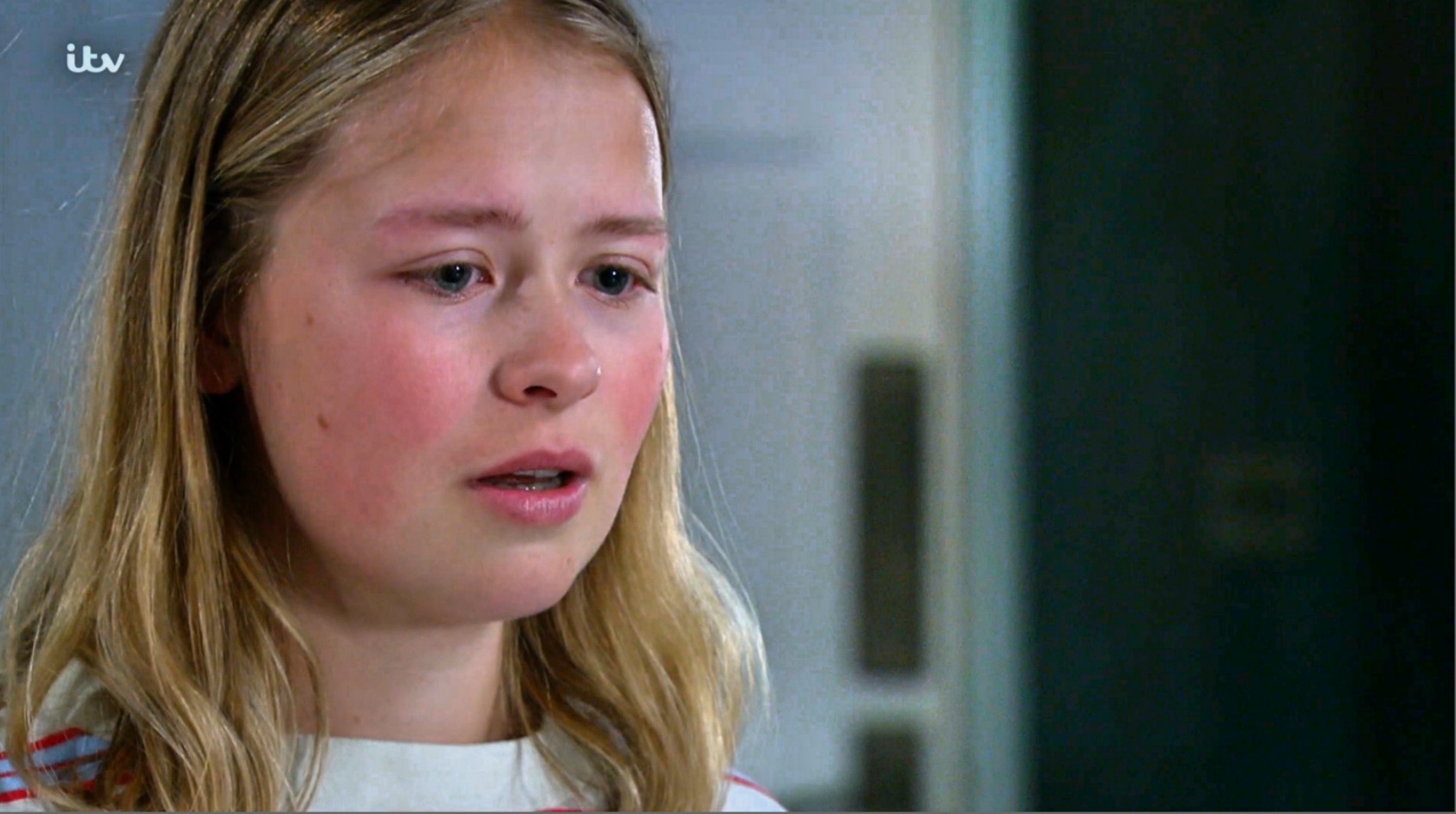 Emmerdale fans were left appalled last night (August 10) as Mandy Dingle (Lisa Riley) lashed out at Liv Flaherty (Isobel Steele), slating her asexuality in the hopes of hurting her so much that she would stay away from Vinny (Bradley Johnson).

Liv, who’s been struggling with her addiction to alcohol, has attempted to put things right with Vinny in recent weeks, after they fell out following a showdown several months ago.

Viewers will know that Liv, while intoxicated, lashed out and attacked Vinny, leaving all her nearest and dearest speechless.

Mandy, worried for the well-being of her son, has done everything she can to keep him away from Liv, so you can imagine how displeased she was earlier this week to discover that the two youths were back on speaking terms.

Desperate to drive a wedge between then, she gained access to Vinny’s phone, blocked Liv’s number, and then persuaded Belle (Eden Taylor-Draper) to take Vinny out for a drink.

Mandy then confronted Liv, taking great pleasure in telling her that Vinny has moved on with Belle, and blocked her number.

Liv struggled to believe it at first, but Mandy was convincing, which left her heartbroken. Mandy, however, didn’t stop there, as she proceeded to make incredibly cruel comments.

‘He just wants a normal life with a normal lass,’ said the soap legend.

Liv, putting two and two together, realised that Mandy was referring to her asexuality, and wasted little time in reminding her that Vinny was happy when he was with her.

‘You were his safe option. It was easy for him to hide his bruises when no one was ripping his clothes off at night.’

‘[Of] Course not,’ replied Mandy. ‘But it’s pretty natural to want it. For most folk.

Emmerdale fans were not pleased with Mandy’s outrageously hurtful jibes.

‘That was nasty from Mandy that to liv,’ said one viewer, while another exclaimed: ‘Really starting to despise Mandy at the moment. She doesn’t have to go out of her way to make Liv’s life hell!’

‘Mandy barging in the house like that so rude upsetting liv like that,’ said one social media user.

‘It stands out to her and feels odd one out. When someone makes you feel bad about something you already feel bad about, that has a really damaging effect on Liv and self-esteem, her relationship with alcohol and with other people.

‘She needs constant reassurance about it, when she doesn’t get that from someone she loves, that is a massive attack and the worst thing that could be said to her.’