EMMERDALE fans are in shock after Charity Dingle confronted son Noah about his disturbing behaviour towards girls.

The teenager had been blackmail Sarah to keep her bringing her friend Chloe over after he became obsessed with her. 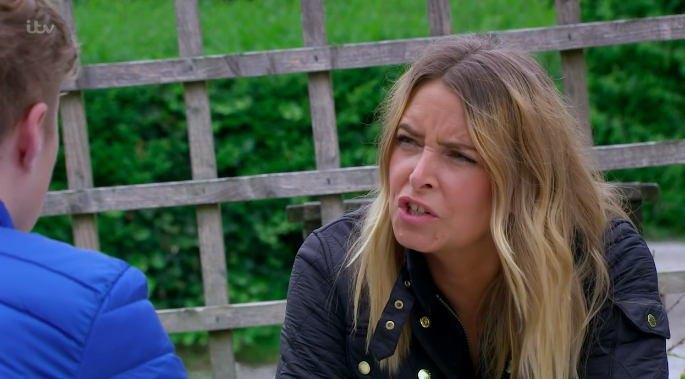 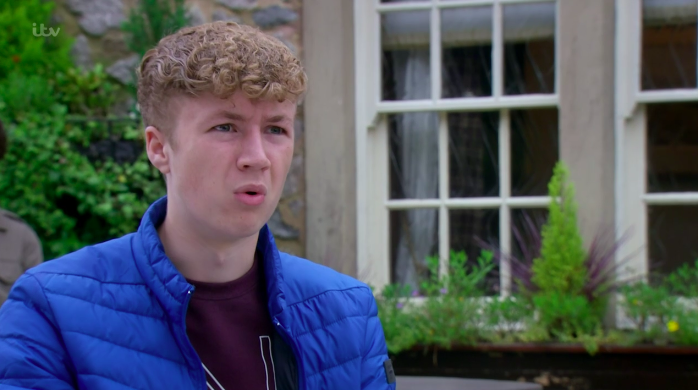 But tonight Sarah told her grandmother Charity everything – and she confronted her son.

Sarah told Charity: “As soon as he met her he changed.

“He blackmailed me. Said he’d blow my secret unless I carried on seeing her with him.

“He made me invite her round and everything. He’s obsessed with her, it’s gross.”

Sitting her son down, Charity warned Noah that his behaviour was unacceptable after Sarah said he had a “pervy little crush”.

She said: “I get the part of you looking out for Sarah but why force her to let you see Chloe?

“You fancy her, don’t you? Babe listen – you are allowed to like somebody but you just need to chill out.

“And if she wanted to spend time with you you’d know about it. And let’s be real she’s a bit out of your league.”

Noah insisted: “She likes me, Sarah just keeps getting in the way.”

Charity warned him: “You need to learn that blackmail doesn’t bring all the girls to the yard. Noah I am serious.”

Fans were shocked by the talk and predict Noah will get worse.

One wrote: "When did Noah get this creepy and weird."

A second said: "I swear this is how it all starts, Noah needs an eye kept on him the little creep."

Another added: "Noah is behaving like a bit of a weirdo tbh."