Aaron Dingle (played by Danny Miller) is a firm favourite with Emmerdale fans but in recent weeks he has been missing from screen. It comes as the writers of the ITV soap sent the scrapyard manager to Scotland to go and see Debbie Dingle (Charley Webb), but later this month he returns to the Dales. What is in store for Aaron this spring?

Aaron had an emotional year last year, and it begun with his surrogacy plans being halted by husband Robert Sugden (Ryan Hawley) every step of the way.

It soon became apparent, Aaron was more invested in the idea of starting a family than Robert and viewers saw their plans halted when Victoria Sugden (Isabel Hodgins) was raped following the Big Night Out in Hotton a year ago.

Understandably, the horrific sexual attack his sister-in-law suffered had a huge affect on Robert, who was furious at the system for allowing Lee Posner (Kris Mochrie) to walk the streets.

It wasn’t long before Robert took matters into his own hands and in late July, he finally snapped, attacking Lee with a shovel over the head and subsequently putting him in a coma. 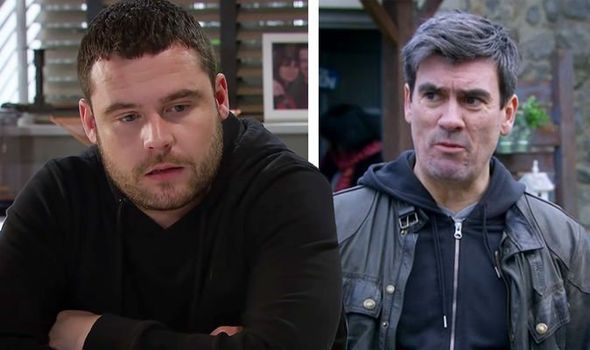 Luckily, Lee woke up but it wasn’t long before he told the police what happened to him and Robert found himself facing a prison sentence of a couple of months for Grievous Bodily Harm.

However, their situation turned dire when Victoria went to visit Lee one day in the hopsital and saw him being wheeled into the emergency room after suffering a bleed on the brain.

Following this, he was pronounced dead and Aaron’s whole world collapsed around him.

Realising he was now facing life imprisonment for manslaughter, Robert pleaded guilty at his plea hearing, explaining his decision for not wanting sister Victoria to suffer anymore.

Aaron couldn’t understand his reasoning and felt Robert had given up on him and their relationship, but he vowed to stay by his side until he was a free man. 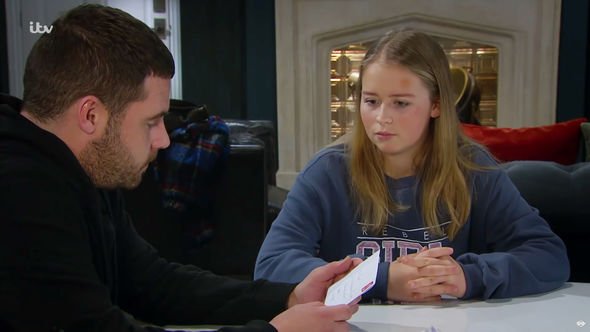 In heartbreaking scenes, viewers will remember Aaron visiting Robert in prison, where Robert said goodbye to his husband and his former life, returning his wedding ring.

What Aaron didn’t know was this would be the last time he ever laid eyes on his soulmate, because Robert then asked to be transferred to the Isle of Wight, a prison hundreds of miles away from Emmerdale.

Unable to visit him, Robert didn’t stop there, he then banned Aaron and the rest of the family from contacting him.

Victoria was the last person to receive any correspondence and this frustrated Aaron when he learnt Robert had taken the time to write to his sister but not him.

Divorce papers soon followed and Aaron had to come to terms with the fact he was never going to see Robert again. 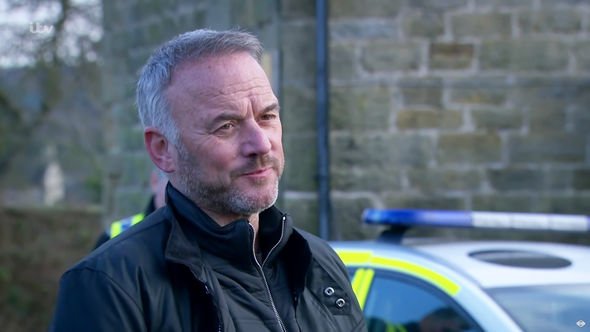 To add to all of this, Aaron’s sister Liv Flaherty (Isobel Steele) was battling undiagnosed health problems, which was soon labelled as epilepsy.

With so much on his plate, Aaron hit the bottle and going out and hooking up with random men; anything to try and soften the pain he was enduring.

It wasn’t until his mother, Chas Dingle (Lucy Pargeter) suggested he take some time and leave Emmerdale for a while, and that brings viewers to him escaping to Scotland.

But now, he is back. So what’s coming up for him?

An unnamed source revealed to The Sun: “Fans have definitely missed Aaron on screen but they won’t have long to wait until he’s back in the village where he belongs. It’s bound to be explosive.”

Does this hint at his upcoming storyline? Perhaps Aaron is going to find himself embroiled in the new gang developing in the village.

On Thursday night, ITV viewers tuned in to see DI Mark Malone (Mark Womack) arrive, a bent copper who is also an old pal of Will Taylor’s (Dean Andrews).

With a new feud on the horizon, will Aaron find himself dragged in to help out family member Cain?

After all, Aaron teeters on the bad side regularly and with Robert now out of the picture to act as his conscious, it wouldn’t be surprising if he got involved in the dodgy dealings.