Emmerdale fans saw MacKenzie (played by Lawrence Robb) land in the Dales earlier this autumn, much to the shock of Moira (Natalie J Robb) after the estranged siblings were forced to confront their difficult past. However, with the duo not managing to make amends, fans of the ITV show are beginning to wonder why MacKenzie wants to stay put in the place his sister calls home – could he end up bringing Debbie Dingle (Charley Webb) back to the fold in a massive twist?

Fans last saw Debbie Dingle – daughter of Cain (Jeff Hordley) and Charity (Emma Atkins) – on-screen last year when she announced she would be moving up to Scotland.

The troublemaker came to the decision after a difficult few months saw her at loggerheads with her parents.

With the exit coming to make way for actress Charley Webb’s maternity leave, it seems she could be set to return in the months to come.

In a huge twist, it’s now been predicted Debbie could be the reason for MacKenzie wanting to lengthen his stay in the village. 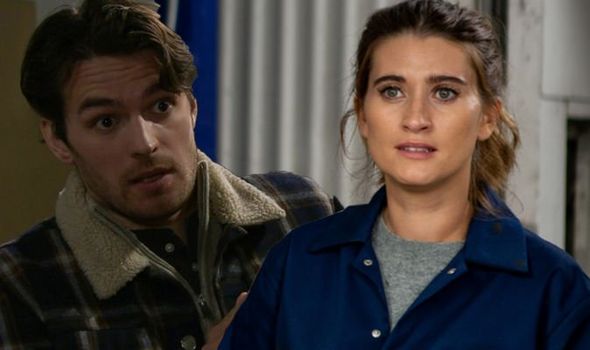 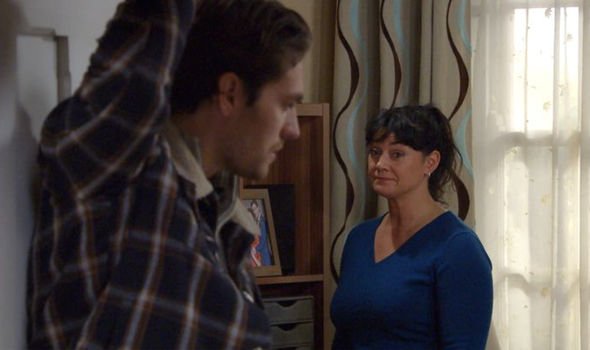 When MacKenzie arrived, he soon set his sights on kidnapping Debbie’s father Cain as he looked to make Moira pay for walking out on their family.

Moira went on to explain how their late mother had an affair and she couldn’t risk her coming to harm.

But unfortunately, MacKenzie had little trust in Moira’s words and has continued to make things difficult for her since their reunion.

So, after all of the drama, what is it exactly keeping him on the ITV soap? 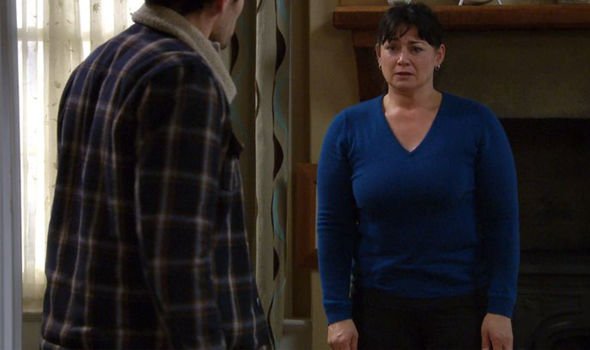 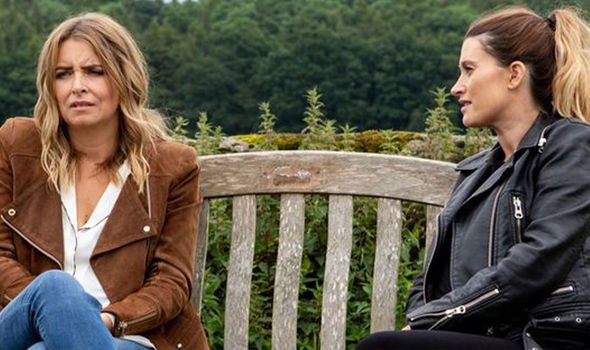 Perhaps, it’s possible MacKenzie may well have other connections to the residents of the village.

With Debbie now living in Scotland, could the pair have met in the past and secretly be plotting together?

The door has been left wide-open for a spectacular Debbie return so it’s not out of the question she could be making her way back soon.

With a lack of updates from Debbie in recent months, she could well be hiding something and have some big plans involving MacKenzie.

Are the pair secretly plotting together to bring chaos to their respective families, which may result in a Debbie return?

Speaking recently to Express.co.uk and other press, MacKenzie actor Lawrence explained his character’s feelings towards his sister.

He said of MacKenzie: “He’s spent his entire life, or from the point when Moira has gone, having it drilled into him that this thing happened and that’s why she left.

“He’s got a preconceived idea of who she’s become. Growing up from a relatively early age, he’s got this idea of ‘this is who my sister is.'”

When MacKenzie arrived, fans soon raised their suspicions there could be a surprise connection to Debbie.

One shared on Twitter last month: “Debbie in the boot? #Emmerdale.”

Another commented: “A Scot turning up in the dales… Something to do with Debbie I take it? #Emmerdale.”

As well as this, the newcomer even shared a kiss with Debbie’s mother Charity, so if the theory turns out to be true, there’s sure to be a huge fallout to come.