Emmerdale resident Jamie Tate (played by Alexander Lincoln) arrived back in the Dales all grown-up last year, with a young family of his own, to join his mum Kim (Claire King). Whilst her son remains unaware of many aspects of Kim’s sketchy past, one topic which has never come up is the question of his paternity. Despite always believing his dad is Kim’s ex-husband, Frank Tate (Norman Bowler), could Jamie be in store for a huge shock if he realises Kim has been lying his whole life and his true father is not who she says he is?

Kim and Jamie have had a close relationship since he returned to the village but they’ve had their fair share of rough patches.

Long-term fans of the ITV soap saw Jamie born in the Dales back in 1995 amid Kim’s affair with Dave Glover (Ian Kelsey).

When Kim’s husband Frank discovered her affair, he was distraught and started questioning whether Jamie was his son.

At the time, Frank offered his wife one million pounds to make sure his name was on Jamie’s birth certificate, which she agreed to. 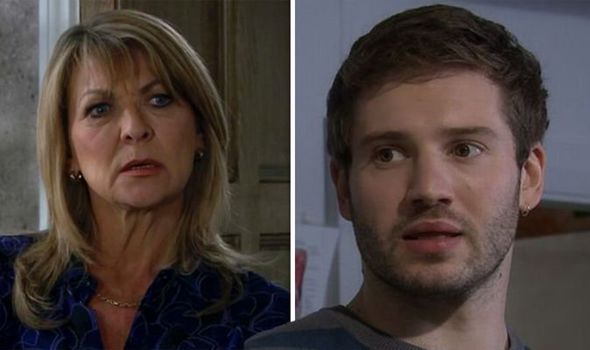 Shortly after, Dave started to bond with Kim’s newborn son and the pair agreed to run away together with Jamie.

Unfortunately, they never ended up getting to leave together as a fire broke out at Home Farm landing Dave in hospital, where he later died from his injuries.

Frank died soon after of a fatal heart attack and never got to watch his young son grow up.

However, it looks as though the subject could come back up to the surface against Kim’s wishes if Jamie decides to do some digging on his past. 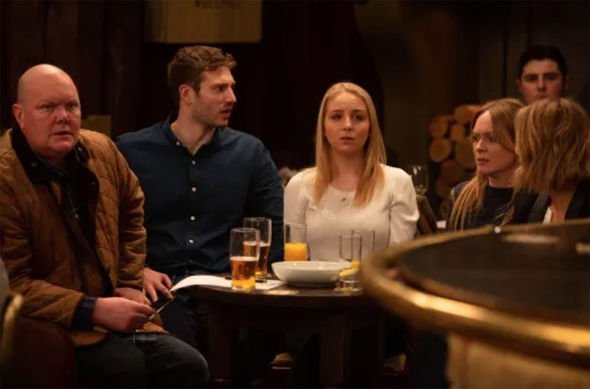 Actress Claire, who plays the fan-favourite villain, recently spoke out about Jamie’s paternity and hinted Dave could be his real father.

Asked whether she believed Dave was the love of Kim’s life, the star said: “I honestly believe that he was.”

She then dropped a huge bombshell, adding: “I think she still believes that it was possibly Dave’s baby.

“Frank went to get a test done but he had to bribe them so there’s still that grey area although Jamie thinks Frank’s his father and Kim’s let that ride.

“I think in her heart of heart she still thinks there’s a possibility it could be his. He was definitely the love of her life up until Graham.

“With his death, you’ve seen how affected she was by it and she’s realised she didn’t make her feelings known to him as she should have done, as she really did care for him but I doubt as much as she did for Dave, I think it’s fair to say Dave was her one.”

Jamie has never believed there is anything suspicious about his parentage and always thought of Frank to be his father, despite not being able to remember him.

But with this recent update from Claire about her alter-ego, could it mean Jamie may be set to become embroiled in a plot which sees him delve into his past?

If Jamie discovers Frank is not his dad, could this lead him to turn his back on his mother forever if he uncovers out yet another of her lies?

Meanwhile, Jamie is in a difficult situation of his own right now as his wife Andrea (Anna Nightingale) recently rumbled his affair with Belle Dingle (Eden Taylor-Draper).

Andrea exposed their forbidden romance in The Woolpack with the help of best friend Leyla Harding (Roxy Shahidi) and soon after, she ran off and took their young daughter Millie (Willow Bell) with her.

With her whereabouts currently uncertain, could Jamie be in for a huge fright when he finds out where the pair have got too?

Emmerdale airs Mondays and Wednesdays at 7pm on ITV.