DI Mark Malone (played by Mark Womack) has ruffled several feathers since arriving in Emmerdale earlier this year after he dragged Cain Dingle (Jeff Hordley), Billy Fletcher (Jay Kontzle) and Will Taylor (Dean Andrews) into his dodgy dealings. But it seems he should be wary of one resident in particular the actor who plays him has teased.

Last month, Moira Barton (Natalie J. Robb) cornered Cain in the village when he was dropping their sons off to a children’s club.

Wondering why he suddenly abandoned their kids, Cain was shifty with his response, and it left Moira thinking he was up to something.

During a conversation between TV Times and Mark who plays newcomer Malone, he hinted at Moira finding herself embroiled in the drama.

Discussing communication between cast members during the coronavirus lockdown, Mark said: “I text Jeff quite a bit and also Jay and Dean. 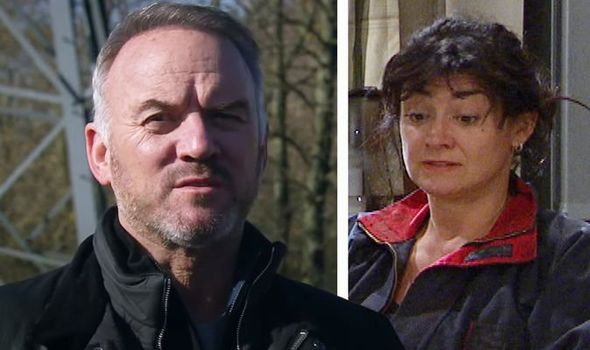 “And I’ve had conversations with Katherine [Dow Blyton]. I don’t really work with any others,” he added.

“Actually, there is Natalie, who plays Moira. She’s great.

“There’s a nice little thing brewing for Malone and Moira… There’s a little teaser for you!”

Following Mark’s comments, does this mean he should watch out for Moira? After all, she killed Emma Barton (Gillian Kearney) back in 2017 so she could strike for a second time. 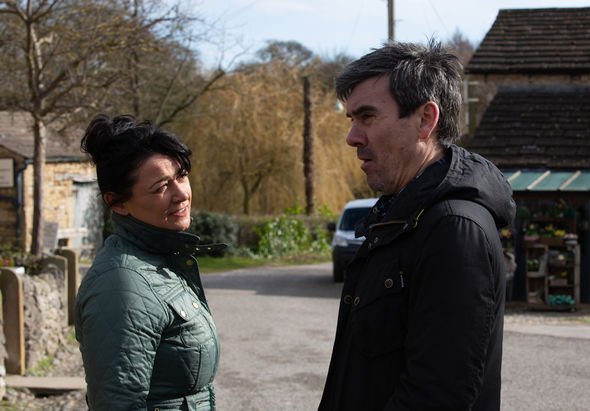 And fans seem to think so too! Taking to Twitter to comment, one said: “Cain needs Moira to do a Emma Barton Bridge effort on malone right now! #emmerdale.”

“Guys with guns in Emmerdale, the world’s gone mad. Malone is the power crazed bad cop who has a short shelf life. I’d love if Moira put a bullet in him for Cain. You got his grimace to a T,” another remarked.

Someone else wrote: “From the start I didn’t want Moira dragged into this Malone SL…but she’s the only person that could bring a bit of spice to it as its boring the bejesus outta me right now.. #Emmerdale.”

And a fan replied to this with: “And I’m hoping she doesn’t kill malone for Cain .. maybe just set him up to Fall and maybe Harriett kills him that’s interesting.” 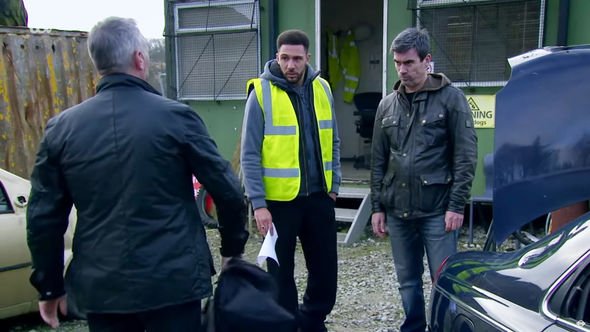 Viewers will remember how Moira and Malone first crossed paths a few months ago when her prize bull was brutally killed.

Having called the police to investigate, Malone turned up at Butler’s Farm to offer his expertise.

While Cain knew who Malone was, Moira was none the wiser and this was the first introduction to him.

There has been speculation she is going to be attached to Malone with the pair embarking on a romance.

But perhaps this is all part of a bigger ploy to take Malone down with the help of Cain.

After all, viewers and Cain and Moira themselves don’t want their divorce to go through.

In upcoming scenes of the soap, it seems Cain is determined to separate himself from Moira legally.

Will she be able to stop it from happening?

Emmerdale airs Monday, Wednesday and Friday at 7pm on ITV.