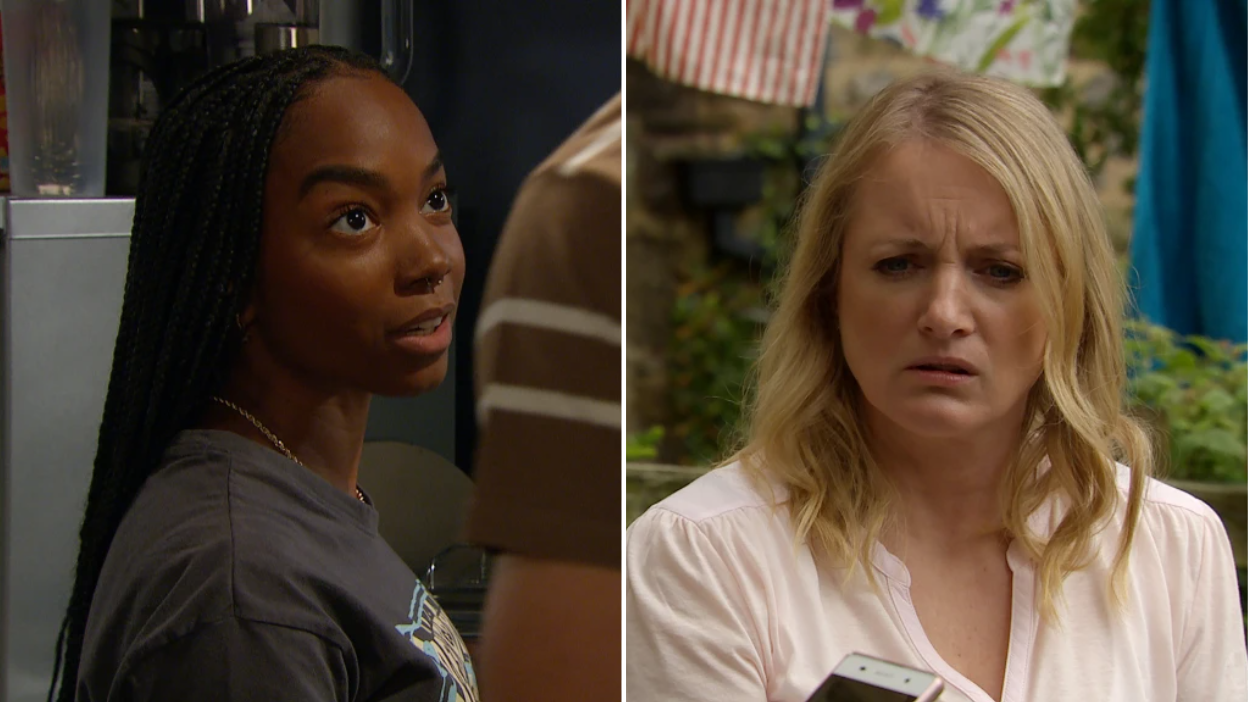 Laurel (Charlotte Bellamy) found her sitting on a bench in a state, and after sending Nicola home she had a go at Ethan (Emile John) and Naomi, telling them how bad things were for her friend.

‘Every day you’re here she suffers from panic attacks, distress, confusion,’ she told them, furious on Nicola’s behalf.

Following this, Naomi decided to go to the police. Ethan made sure she had a good solicitor, and Charles (Kevin Mathurin) and Manpreet (Rebecca Sarker) reassured her that they would deal with any repercussions as a family.

On her return, she went to the cafe to see Nicola, hoping that now she’d done the right thing Nicola would be able to start to forgive her. Nicola was not in a forgiving mood, however.

She told Naomi she had no intention of making her life in the village any easier by forgiving her.

‘I want you to suffer like I suffered,’ she told her. ‘I want you to feel the shame and the fear, and I’m going to enjoy watching every minute of it.’

Later Charles and Naomi were talking outside and a police car drove up. An officer got out and said there had been ‘developments.’ He told Naomi she was under arrest for GBH.

A shocked Naomi asked whether the other girls involved in the attack had come forward and he said he couldn’t tell her. But as she was driven away, Nicola was watching – with a triumphant smile on her face.

Has Nicola changed her story with the police to place more of the blame on Naomi?