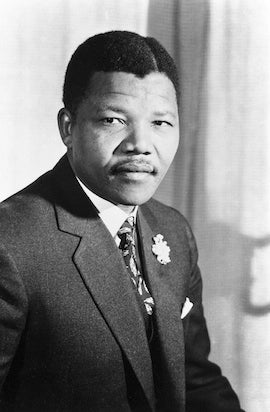 Mandela becomes national president of the ANC Youth League in 1951.

Nelson Mandela, who died at the age of 95 on Thursday, rallied for equal rights for blacks during South Africa’s apartheid, and then spent decades behind bars before becoming the first black President of South Africa. Take a look back at his long and celebrated life in pictures