The Eurovision Song Contest is one of the biggest TV events of the year, with countries across Europe joining together to compete to be crowned the winner of the infamous competition. However, with the show forced to cancel earlier this year due to the global pandemic, the organisers decided to come up with an alternative special which aired tonight. Graham Norton was commentating the nation’s coverage as ever but some suggested another presenter take over next year – Rylan Clark-Neal – after being unimpressed with the host tonight.

Tonight gave a tribute to the acts who were meant to be performing live in Rotterdam this evening in a Europe-wide special.

The programmed named Shine A Light featured clips from the 41 nations and well wishes from the performers.

Graham hosted the UK broadcast tonight and didn’t shy away from telling BBC viewers how he felt about this year’s songs.

The veteran presenter is well known for his cutting commentary during the much-loved singing competition, which he has hosted for the UK since 2008. 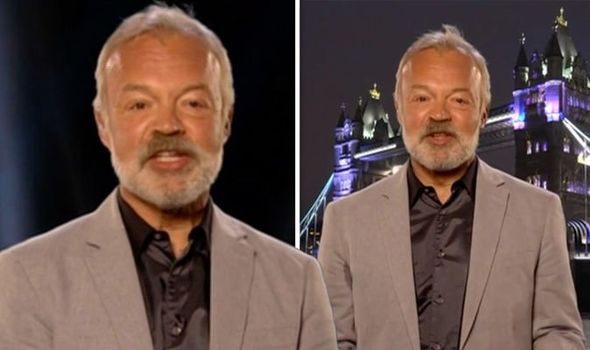 However, some of those at home were left divided by his remarks this evening and accused him of being “cynical”.

Another added: “‘She’s tried to represent Latvia 6 times and now it’s been cancelled. Maybe she should take the hint.’ Graham Norton is as savage as ever and we love it.”

A third wrote: ”Graham’s sassier comments feel a little…mean? Out of the context of a competition, it just feels rude. #Eurovision.”

Some viewers called for Graham to be replaced by Rylan Clark-Neal, who is set to host the A-Z of Eurovision programme later this evening on BBC Two.

One fan noted: “It’s so clear that Graham is tired of the contest, he’s starting to sound like Terry. Maybe it’s time for someone like Rylan to take over #Eurovision #ComeTogether.”

Graham’s had a good run but the cynicism has clearly set in. Time for Rylan to take over #eurovision,” echoed another.

“Rylan for commentator in 2021 #Eurovision,” agreed a third.