A former Liverpool footballer has said he 'would do' I'm a Celebrity… Get Me Out of Here! – but only if the show returns to the Australian jungle.

Ex-footballer Jason McAteer, who played for clubs including Liverpool, Bolton Wanderers, Blackburn Rovers and Sunderland in his sporting career, opened up about the possibility of him appearing on the hit ITV reality show.

The sportsman also represented the Republic of Ireland in football at an international level.

Speaking to FreeSuperTips, Jason said he would be interested in taking part in the show, with Ant and Dec at the helm.

"I've been asked to do different things in the past, and there's stuff that I have been interested in doing," Jason explained. He continued: "At the time it didn't quite work out for me for various reasons, but if everything added up, I would take it into consideration.

"I would do I'm a Celebrity, but I've got to be careful if I go onto any of these shows and how I would come across on them."

The footie ace added: "I look at it from all angles and how it would impact my future career, but if everything was right for me I would do it.

But he wouldn't be up putting himself through Great British staycation and being forced to eat various grubs – and a trip to Australia would have to be part of the package.

Jason explained: "At the minute I wouldn't do it if it was in that castle – it's only 20 minutes away from me for a start!

"I'd want something more exotic and if I have to eat a cow's testicle or whatever they'd throw at me, I'd want to do it in Australia." 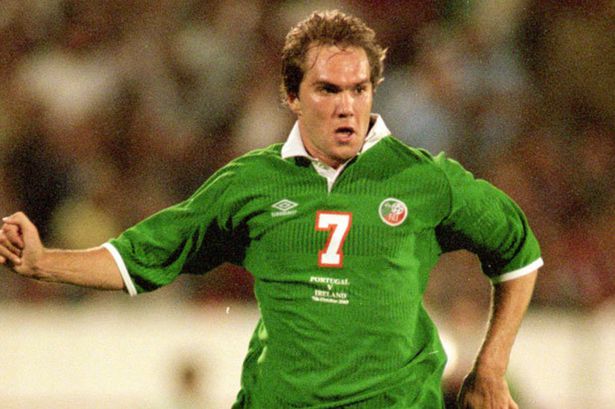 It was announced earlier this year that I'm a Celeb would be sticking to the Welsh location of Gwyrch Castle for a second year running, due to ongoing Covid-19 travel restrictions.

And he isn't the only star who doesn't fancy a trip to Wales, as Denise Van Outen has also voiced similar concerns.

Speaking to The Sun, Denise said: "I do get asked to do it but there is no chance I can do it this year because I am at Proud.

"I will do it at some point. I think I’m A Celebrity for my 50th birthday would be something nice to do.

"But it has to be Australia for me, not Wales – as much as I love the Welsh. I am a lot more jungle vibes than castle vibes to be honest," the star splurged.