The final season of the George RR Martin-created story certainly created a divide among Game of Thrones fans as they discovered the fates of some of their best-loved characters. There were happy endings for the likes of Arya Stark (played by Maisie Williams) and her sister Sansa (Sophie Turner) but the HBO series didn’t end too well for fan favourites such as Theon Greyjoy (Alfie Allen) and Cersei Lannister (Lena Headey) who both died in the final episodes.

However, Theon’s death may have been very different as Arya star Maisie revealed he was initially written to be killed by Bran Stark (Isaac Hempstead-Wright) as a joke by the writers.

Theon’s death ultimately came at the hands of the Night King (Vladimir Furdik) after he’d spent the entire Battle of Westeros protecting Bran.

But speaking to Hot Ones for First We Feast in October, Maisie revealed the tables were turned in one scripted as Bran had been written to take out the Greyjoy man.

Presenter of the YouTube channel Sean Evans said the Emmy-nominee: “As you’d expect from a show that’s racked up over 150 Emmy nominations and broken almost every rating record, Game of Thrones is the most fabled show on the internet,” 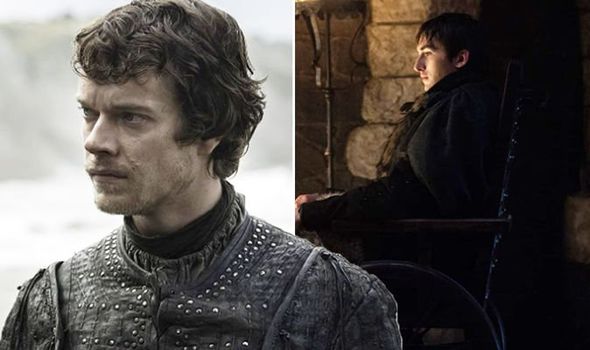 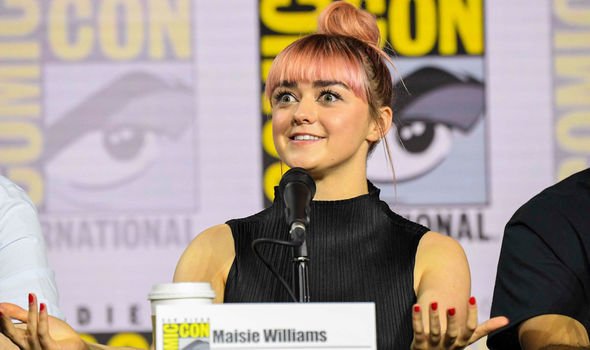 He continued: “So here we want to fact check some of the rumours that are swirling around in cyberspace, okay?”

The GOT star replied “okay,” unaware as to what rumours would come her way.

The host asked: “Fact or fiction, Game of Thrones writers would prank the cast by writing fake scripts involving their deaths and then sometimes let the joke play out for weeks before coming clean?”

Maisie then recalled the time actor Alfie was told he’d be bowing out of the series at the hands of Isaac’s character. 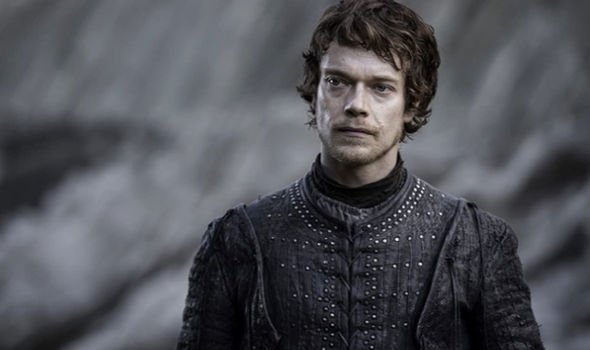 The actor replied: “Yeah, that’s true, they did that.

“I think they told Alfie Allen that he was killed by Bran in like a really anticlimactic way,

“But then they didn’t tell Isaac they were doing the joke so when he text Isaac like ‘it’s cool about that,’ Isaac was like ‘I don’t know what you’re talking about,’ and it all (came out).”

It wasn’t the first time the writers’ pranks wreaked havoc on-set as Maisie also opened up about a joke which took Jon Snow actor Kit Harington by surprise.

“They did another one to Kit Harington where they said he got really aggressively mauled on the face,” she began.

“And he was going to have a huge disfigurement on his beautiful, chiselled jaw and that one was quite funny [laughs].”

Luckily for both Alfie and Kit, neither of the pranks actually made it to screens.

Instead, while Theon was impaled by the Night King, Jon Snow managed to make it to the end of the series alive against all odds.

Jon Snow was imprisoned by the Unsullied after killing their queen, Daenerys Targaryen (Emilia Clarke).

The former member of the Night’s Watch decided it was the only way to stop her reign after she’d burned King’s Landing to ashes in order to defeat Cersei.

Instead of being executed, Jon Snow was sent north beyond the wall to live with the Freefolk.

Game of Thrones is available to stream on NOW TV now.

Related posts:
May 28, 2020 TV and Movies Comments Off on Game of Thrones: Theon Greyjoy was killed by Bran Stark in axed plot says star
Celebrity News:
Tom Hanks Celebrates His 64th Birthday With a Huge Dive Into a Pool
Shane Dawson loses million subs over Tati Westbrook drama and racism allegations
From ‘Mrs America’ To ‘Bad Education’ To ‘Defending Jacob’ Will Movie Star Vehicles Dominate Emmy Limited Series/Movie Races? – TV Talk Podcast
Jenelle Evans Twerks In a Bikini, Learns Hard Lesson About the Cruelty of TikTok Commenters
Fortune Feimster and Gina Yashere to Host Virtual GLAAD Media Awards
Recent Posts
This website uses cookies to improve your user experience and to provide you with advertisements that are relevant to your interests. By continuing to browse the site you are agreeing to our use of cookies.Ok