Ranvir Singh and Ben Shephard welcomed the owner of Cat Rescue UK, Flavia Corfini and the wonder of Reptile Centre, Charlie Thompson, onto Thursday’s Good Morning Britain. The pair debated whether or not the government should introduce a pet allowance in an attempt to stop owners from abandoning their animals amid the cost of living crisis. However, many ITV viewers at home felt taxpayers’ money should be spent elsewhere, with some suggesting: “If people can’t afford pets, they shouldn’t have them.”

During the debate, Flavia said her charity and many like hers have been “inundated with requests on a daily basis” from people looking to “surrender” or give up their pat cats.

“This is unprecedented,” she told Ben and Ranvir. “Several people are actually saying that this is down to the financial situation.

However, Charlie argued that the responsibility falls on the owner and that an allowance wouldn’t be “an easy problem to solve”, adding: “Everyone is feeling the squeeze, not just pet owners.”

Those watching at home seemed to side with Charlie, with Twitter user J Love fuming: “@GMB pets receive benefits? What about if you can’t afford them, don’t have them simple. 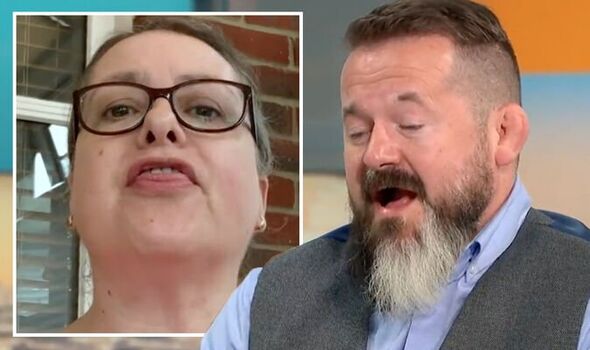 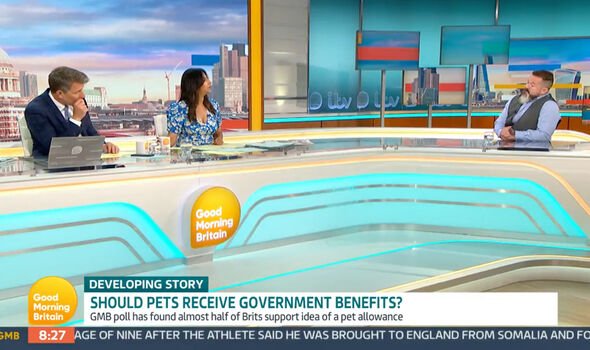 “Never heard the likes of it in my life, if you were to introduce pet benefits then pet owners should have to pay higher taxes or do the simple thing and put the pet down.”

And @FlopsPickle sympathised: “I love animals and couldn’t live without them, I think they improve the mental health of lots of people.

“But I don’t think the public as a whole should have to pay a ‘pet tax’, it will just get abused by people. #goodmorningbritain #GMB.”

Elsewhere, @DiamondHatter argued: “No! Why is this getting air time? If people can’t afford pets they shouldn’t have them.”

Colin Bastafield couldn’t believe their ears as they weighed in: “Pet allowance ,is this April fools?” alongside a series of laughing emojis.

While @susiewrong argued: “No! Pets are a luxury not a necessity. Too many people spend 1000’s on a pet then say they have no funds to worm or vaccinate them,never mind treating unexpected emergencies!!

Elsewhere in the debate, Christopher insisted that a pet was “a luxury” after agreeing with Ben’s stance.

However, Flavia hit back at her fellow guest, blasting that “having a pet isn’t a luxury”.