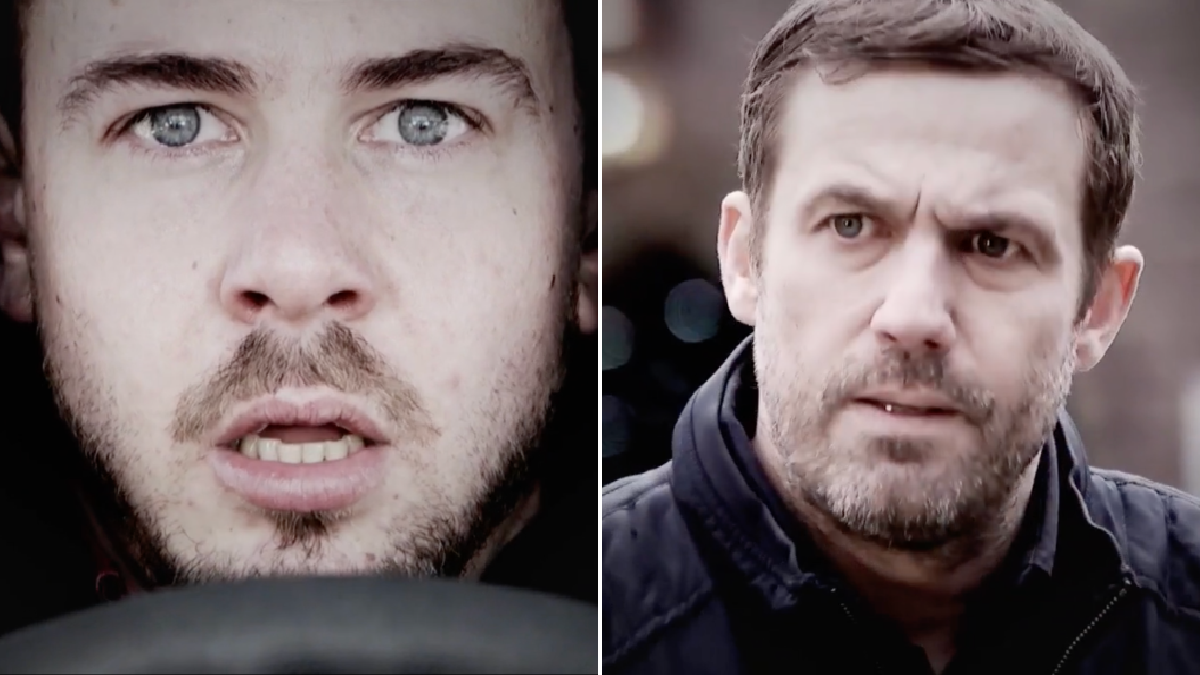 Hollyoaks is renowned for their jaw-dropping twists, and the latest is one of its biggest yet, as the show confirmed that Joel Dexter (Rory Douglas-Speed) was driving the car that knocked down Warren Fox (Jamie Lomas).

Warren, as viewers know, was left to die in January, when he became the victim of a devastating hit-and-run.

The identity of the person driving the vehicle was unknown, although Ethan Williams (Matthew James-Bailey) did claim responsibility for the incident in a bid to prove his villainy to Sienna Blake (Anna Passey).

Warren was, however, being tormented prior to the crash, with a mysterious resident listening in on his conversation with Honour Chen-Williams (Vera Chok), nicking his notes from Honour’s home and watching him and Sienna from afar.

Shortly after the aforementioned events, Warren was knocked down, so the mysterious stalker and the driver are, you see, one in the same.

Wednesday’s (April 13) first-look edition of the Channel 4 soap confirmed as such, revealing that the person in question is none other than Warren’s own son, Joel!

But how? But why?

All interesting questions, for sure. Flashbacks gave us some answers, confirming that Joel overheard Warren discussing his dastardly antics with Honour.

This conversation then led the priest to break into Honour’s place, where he acquired the notes from the therapy session, the very same notes in which Warren confirmed he’d killed a friend.

Joel therefore pieced together the puzzle, realising that this ‘friend’ Warren was referring to was none other than Brody Hudson (Adam Woodward), who perished in a hit-and-run.

This is presumably what led him to take matters into his own hands, as he knocked his dad down.

Interestingly, this means that – when Warren confessed to Brody’s murder in hospital – Joel was already aware of his dad’s crime.

Despite viewers having been filled in on the full picture, Warren remains in the dark.

Joel, however, has been struggling to come to terms with what he did, and therefore he stormed out of the church during Sophie and Sebastian’s christening, and refused to perform the service.

Will Warren discover the truth about Joel’s hesitancy? Will he work out that his son is to blame for his pain and agony? If so, will he seek revenge?

Hollyoaks continues Thursday April 14 at 7pm on E4, or catch the next episode on All4 that very morning.