TheGrill Focus on Streaming: The New York company believes it can use data to better understand the best recommendations for you

Imagine a Netflix or Hulu that is driven by AI. It will recommend what you should watch next, and it’s stuff you probably won’t find on the other apps. That’s FilmRise.

In this week’s TheGrill: Focus on Streaming, presented by FilmRise, TheWrap spoke with CEO Danny Fisher to discuss the latest on streaming, the post-COVID market and where his business is headed next.

“Everything we’re about is data analytics,” Fisher told TheWrap. 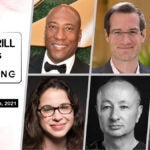 FilmRise works by using data to understand and anticipate what people want to watch and when. The New York City-based company serves as an independent provider for digital streaming that offers up movies and shows to the top platforms.

FilmRise now has more than 40,000 hours of content in its library and is the largest third-party content provider to streaming platforms. It showcases everything from noir series to ’80s comedies. Titles like “The Riflemen” and “Midsomer Murders” quickly rose as some of their top hits. Its clients include Amazon Prime, Peacock, Crackle and Roku Channel.

The idea for FilmRise dawned on Fisher when he filed for personal bankruptcy in 2012, after his production company City Lights Media Group got hit by the recession of 2008. He thought maybe he would take up cab driving, but instead decided he would attempt something combining his math skills and media background. Back in high school, he was considered the highest-ranked math student in New York City.

His intent was to use data to determine the kind of content people wanted to see, rather than what the platforms or industry believe they should watch next.

“If I could … figure out what consumers want to see, irrespective of what the industry thinks people want to see, I can essentially acquire undervalued or underappreciated content,” Fisher recalled. “And if I can do that, I can build a successful business.”

The algorithm he created on napkins and spreadsheets in 2012 has since been refined — it uses machine learning and automation. On the other platforms, the consumer is driving when they are picking out shows and movies. FilmRise uses its metrics to evaluate consumer demand and takes that to the platforms. They can also predict streaming hours on the various apps, which is how they determine pricing.

For instance, this year FilmRise acquired a Canadian series “Heartland.” Because their analytics can predict streaming hours on the various platforms, they were able to project that the series would do well and even potentially become their number one show. It proved correct — a few weeks in, it is already the top show on several of the major platforms. 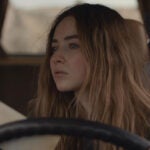 “There was no question about it,” Fisher said. “We’ve developed credibility with the platforms. When we say something is going to work, it really does work.”

Not everybody can afford to pay for streaming services, Fisher said. Tubi, IMDb TV and Pluto TV are free to use, but they are limited. While FilmRise’s core business is B2B with the platforms, they also launched their own free service which will approach 10 million monthly active users this year.

Since the pandemic, FilmRise has been on a growth path, roughly doubling in revenue and traffic year-over-year. It runs some 250 million ad impressions per month, which is about where Pluto or Tubi were a few years ago, Fisher said. “We’re highly profitable.”

Over the next year or two, Fisher said they are planning to lean in to the direct-to-consumer model and grow that part of the business. Fisher added, “We look at the desire to see this content. I love it when literally no one’s heard of our content, and say, ‘What is this?’”

Most of their top content goes unknown to most, and it probably would stay that way if FilmRise were not surfacing it.

With the major streaming services heavily investing in producing original content and competing in an arms race for content, Fisher believes more consolidation is on the way. Prices for content are going up, he said, but their competitive edge is the ability to predict hits before they become hits on the platforms.

And acquisition might be on the horizon. “I certainly get calls … There’s interest. I’ll leave it at that,” Fisher said.

The Streaming Grill presented by FilmRise is a free half-day conference in advance of TheWrap’s flagship Grill event September 29th-30th.

For over a decade, TheWrap’s Grill event series has led the conversation on the convergence between entertainment, media and technology, bringing together newsmakers to debate the challenges and opportunities facing content in the digital age.

Related posts:
June 24, 2021 TV and Movies Comments Off on How FilmRise Uses Artificial Intelligence to Show You What to Watch Next (Video)
Celebrity News:
What Is Offset's Real Name?
How Did Courteney Cox Meet Boyfriend Johnny McDaid? What Is Their Age Difference?
It Was Love at First Sight When Track Athletes Tara Davis and Hunter Woodhall Met at Age 16
Scooter Braun Officially Files For Divorce From Yael Cohen – & Already Has A Prenup In Place!
OMG! Prince William Is Also Writing a Book After Harry's Memoir News
Recent Posts