Celebrities including Hugh Jackman, Catherine Zeta-Jones and Michelle Obama have sent video messages to the Queen, congratulating her on her Platinum Jubilee.

Shown during the BBC’s Platinum Beacons: Lighting up the Jubilee programme, interspersed with live interviews and a recap of Trooping of the Colour coverage from earlier in the day, further famous figures took the time to share their warmest wishes with the monarch as she became the first British ruler to celebrate a 70-year reign.

First up was X-Men star and Aussie Hugh Jackman, who made note of his own roots in his message.

‘Congratulations your Majesty on your Platinum Jubilee,’ he began. ‘I would like to thank you for all you have done, and continue to do, for Australians and everyone around the Commonwealth. 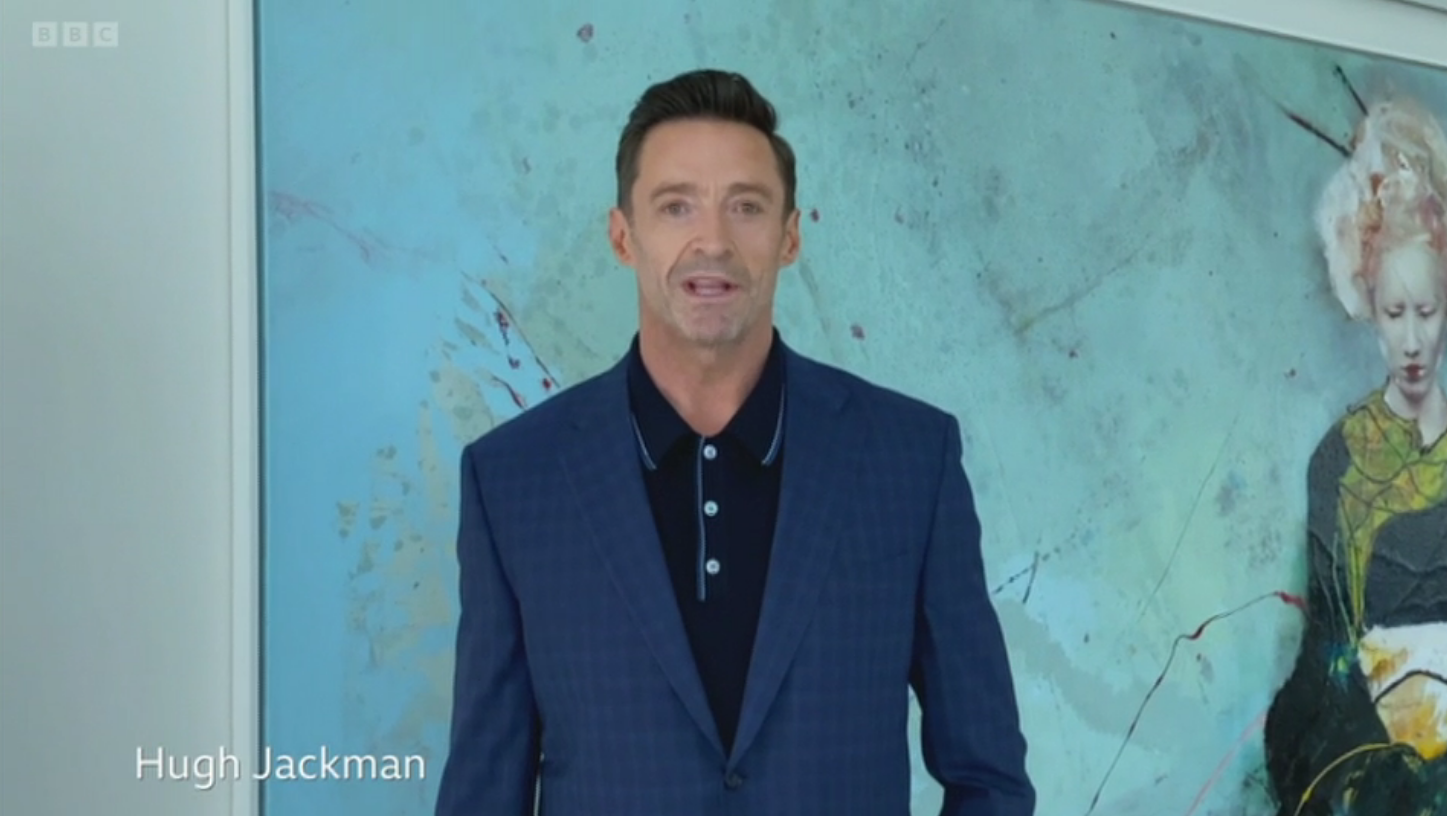 With Michelle and her husband, Barack, enjoying an especially warm relationship with the Queen and Royal Family during his eight years as US President, from 2009 until 2017, her message hinted at their friendship as she wished her ‘warmest congratulations’.

She continued: ‘Over the years, your graceful, steady hand has offered us a shining example of dignity, service and grace. Congratulations on a remarkable 70 years.’

Captain of the England national football team came next, with Harry Kane passing on congratulations ‘from me and all the England team’.

Calling her 70 years of service ‘incredible’, he said: ‘We all look really forward to the country uniting to celebrate your remarkable achievement.’

Calling in to represent Wales, Catherine Zeta-Jones also left an enthusiastic video message with her ‘biggest congratulations’ for Queen Elizabeth.

‘Thank you so much, ma’am, for everything you do for us, our country and to all around the Commonwealth,’ she shared, before signing off in Welsh.

The show culminated with the Queen leading the lighting of the principal Jubilee beacon at Windsor Castle, while other communities around the nation lit theirs.

Having felt ‘some discomfort’ during today’s events, palace staff announced on Thursday evening that the Queen has pulled out of a ceremony at London’s St Paul’s Cathedral tomorrow.

Coverage of the Platinum Jubilee continues across the weekend, and includes Saturday’s Platinum Party At The Palace on BBC One from 7:30pm, and The Platinum Pageant on Sunday from 1pm.

There’s also plenty to watch if you want a break from the celebrations too, with Britain’s Got Talent on ITV and plenty of shows to binge on streaming platforms, such as Stranger Things and The Boys,

Taking place from Thursday, June 2, to Sunday, June 5, the celebrations mark Her Majesty’s record-breaking 70th year on the throne.

Across the UK, there will be street parties, concerts, and other special events attended by the Queen and senior members of the Royal Family.