Nick Offerman’s whole persona is being an old school hands on craftsman, best personified by Ron Swanson on Parks and Recreation. He also hosts the craft competition Making It. So FX’s new sci-fi show Devs really casts Offerman against type. He plays Forest, the CEO of Amaya, who is leading a top secret development team. 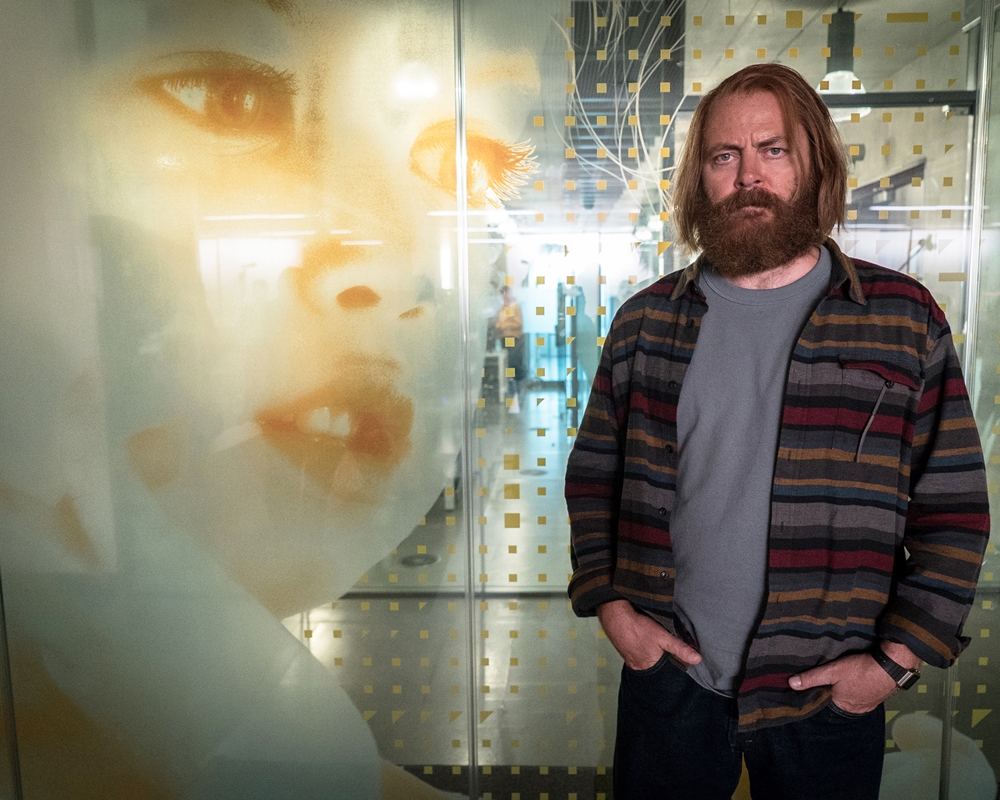 Offerman was on a Television Critics Association panel for Devs on Jan. 9 discussing his role on the show. Devs is now streaming on FX on Hulu, the inaugural show of the network’s branded content on the streaming service.

Nick Offerman acts like he’s a tech mogul on ‘Devs’

Forest is a total performance for Offerman. It’s all acting. 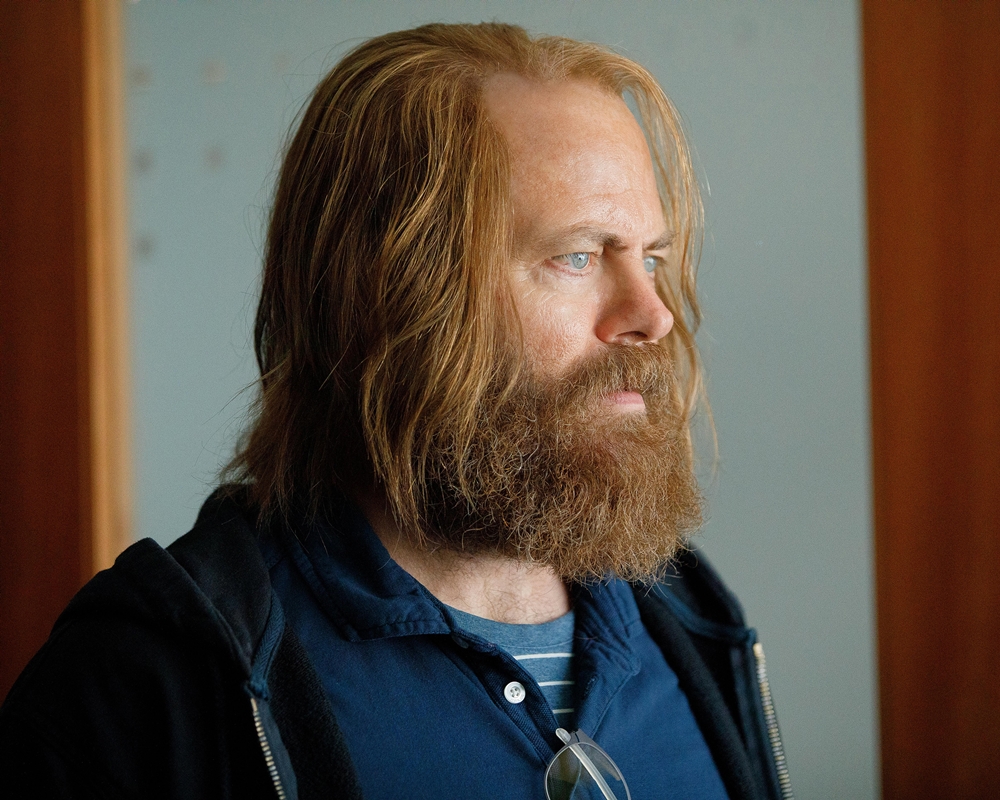 “My character is an incredibly creative genius, so that required some heavy leaning on my classical training. I did a lot of homework. I spoke with my cast members, who are much smarter than me. That was incredibly fun to take this great piece of writing, insert myself into it as though I could remotely come up with even the most basic of programming, let alone get into the realm of quantum computing. That’s the fun thing about being an actor, is if you get cast right, they can make you look like you can drive a car with great accuracy.”

Stick with ‘Devs’ and question reality

In the first episode of Devs, the viewer enters the world of Amaya. As they stick with the Devs team, through the eyes of Lily Chan (Sonoya Mizuno), they’ll learn more about what Amaya is up to. 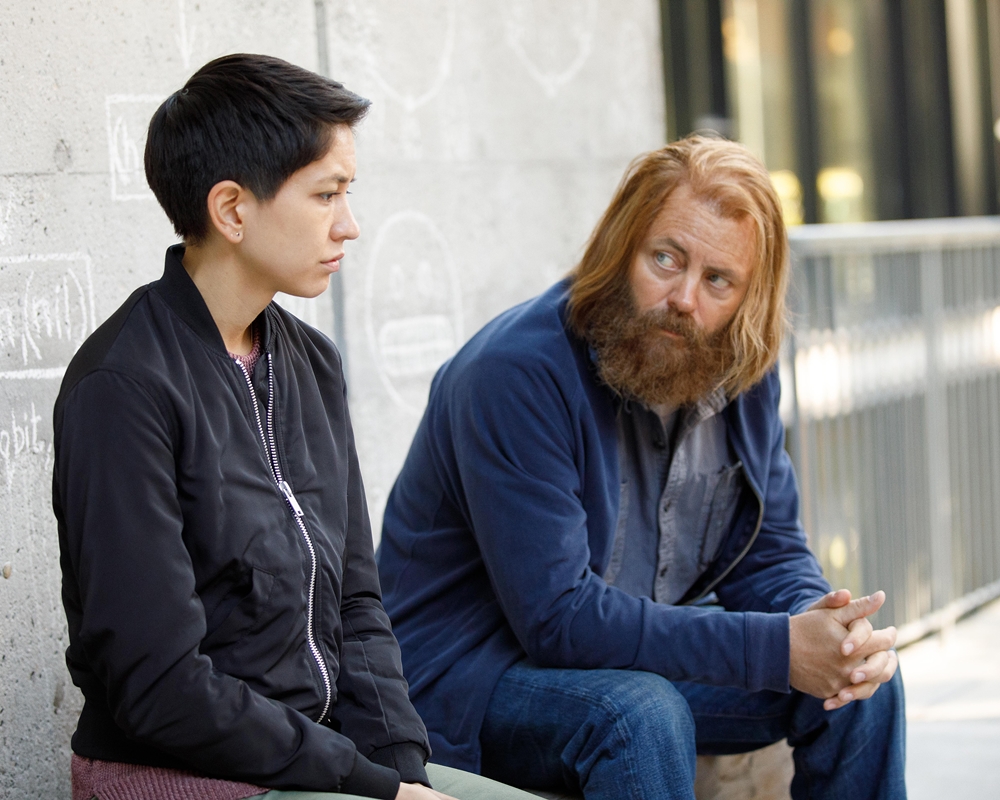 “I think this is the new frontier,” Offerman said. “It’s mental. It’s literally mental. I mean, it’s cerebral. It’s the world of interdimensionality. I feel like I am responsible for the company and the campus that has made this new reality or this mind blowing shift take place.”

For most of the eight episodes of Devs, Offerman just had to trust the scripts by Alex Garland. The creator of Ex Machina must know what he’s talking about. By the end, Devs at least became clear enough to perform.

“The shoot culminated where things did become sequential as we resolved the entire narrative. This particular sort of mind blowing, trippy material made us very grateful, I think, that by the time we were on the soundstage shooting the final couple chapters of the show, it was good that those were in order and that they were the end. For me anyway, putting myself inside the journey of this incredible science fiction, quantum reality experience, it was very important to have gone through all of the preceding moments before arriving.” 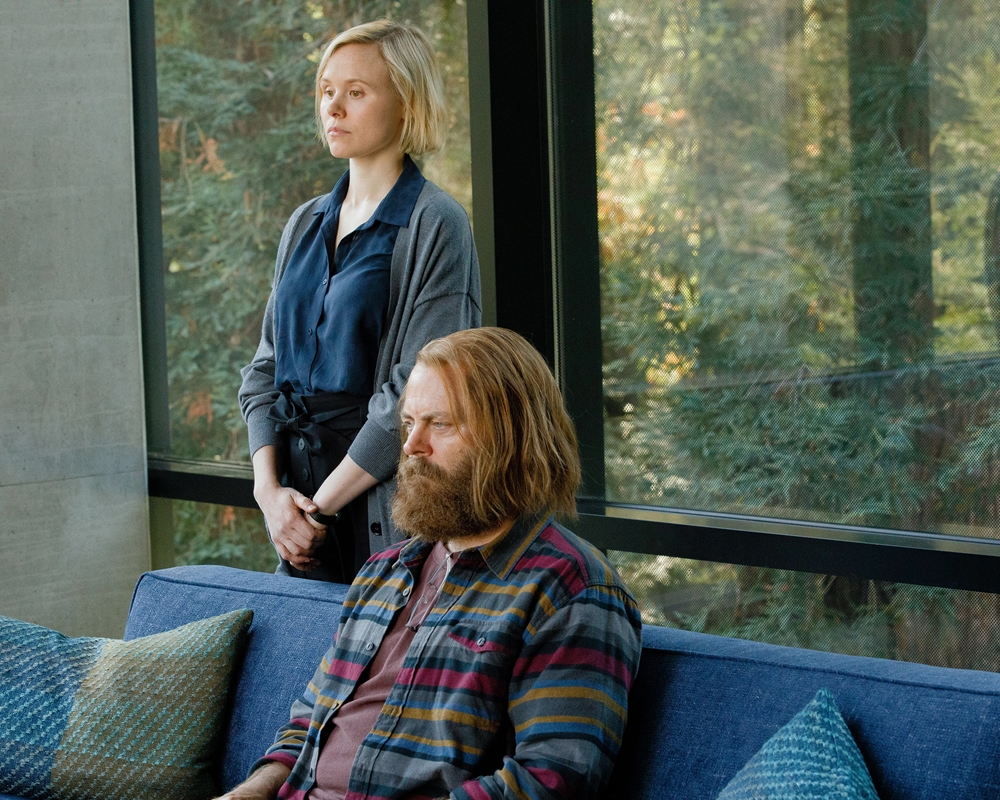 By the end, Offerman did come to some understanding of Garland’s story.

“At the end of five or six months together, we’re standing around in the final days, all of the threads come together and achieve this really gripping resolution,” Offerman said. “So for my money, I’m really glad that that actually came, that the end came at the end, because otherwise I wouldn’t be able to wrap my head around it.”

Related posts:
March 6, 2020 TV and Movies Comments Off on In 'Devs' Nick Offerman Pretends to Understand What His Show Is About
Celebrity News:
Birds of a Feathers Lesley Joseph on Pauline Quirke not being on TV
Elon Musk got booed on stage at Dave Chappelles show in San Francisco
Gayle King Defends Prince Harry & Meghan Markle’s Netflix Docuseries!
Taylor Swift vs Olivia Rodrigo! | Perez Hilton
Scott Disick 'Regrets' How He 'Handled' Ill-Fated Relationship With Kourtney Kardashian As He Tries To Move Forward
Recent Posts