MICHELLE Keegan has enjoyed a luxury weekend break in London at a five-star hotel, and taken her fans with her with a series of snaps.

The former Coronation Street actress posted behind-the-scenes photos from her short trip to the glamorous Corinthia hotel in Emankment. 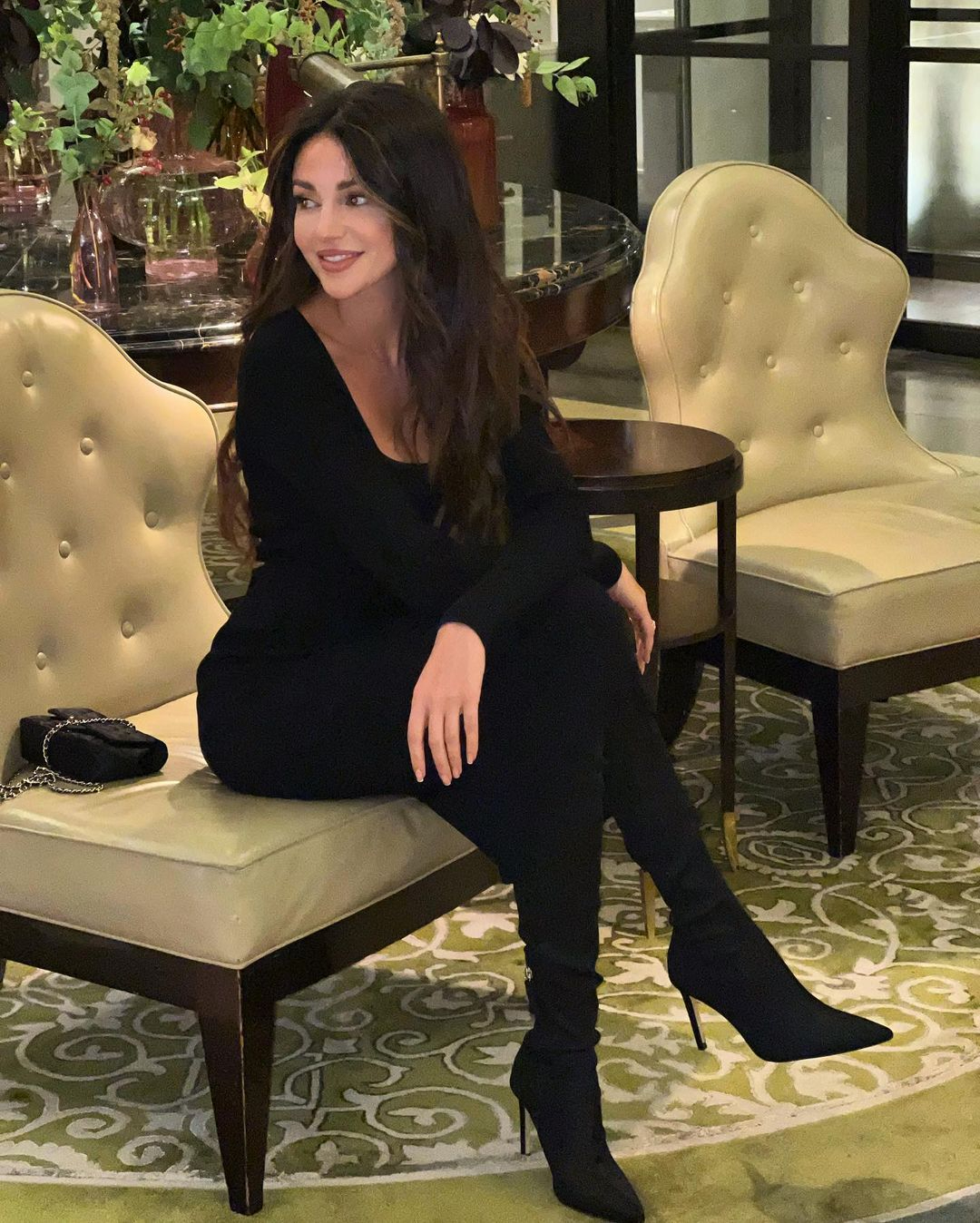 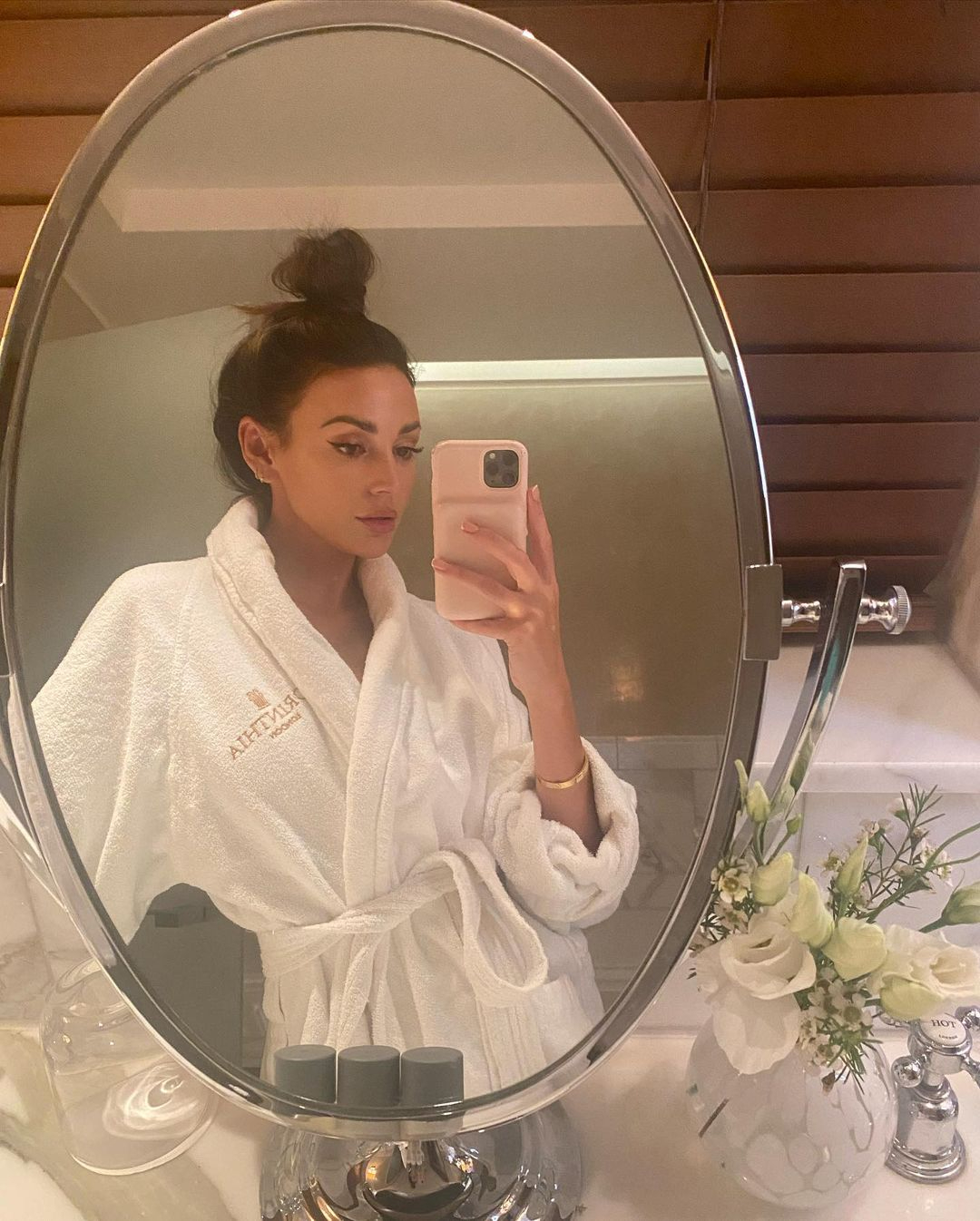 Michelle, 34, could be seen posing in a fluffy bath robe before changing into a chic all-black ensemble as she enjoyed her weekend away.

The star visited Kensington Palace and spent time in the relaxing hotel spa during her time in London with her husband Mark Wright.

Actress Michelle started off her day with a delicious-looking breakfast, consisting of porridge and berries, green smoothie and coffee.

She took in the views of London beyond, chowing down at a table by the window, while her hubby could be seen on his social media eating breakfast in bed.

The Brassic star then kicked back and relaxed before putting on her make-up, posing for a quick selfie in the bathroom mirror.

Michelle looked to have changed into a glamorous black outfit, pairing it with stiletto-heeled boots and letting her long brunette locks flow down her chest.

Another snap saw her keeping it casual in jeans, jacket and boots as she headed up the opulent stairs towards her hotel room.

The actress completed her snap collection with a photograph of the hotel's lobby, which features a huge circular chandelier and a chequered marble floor.

"Weekends go so fast," she captioned the snap, as fans headed to the comments section to gush over how "beautiful" and "stunning" she is.

It comes days after Michelle opened up about how she used to be so skint she'd "scavenge food" and "steal veg" from a farmer's field as a child.

She and husband Mark Wright are currently in the midst of building their multi-million-pound mega-mansion, but life hasn't always been so luxurious.

Reflecting on her childhood, Michelle explained: "It sounds like I was a little pest, scavenging food.

"I lived next to a lady and gent called Pat and Martin and I used to climb over their fence. I remember the bread they would give me. The cut was so thick it was like a door stopper.

"On the other side, I had Brenda and Barry and they used to get me ice cream with a Flake. I used to climb over the other fence to get my ice cream off them."

The former Coronation Street favourite then admitted to helping herself to farmers' produce from fields behind her garden, sharing: "They used to grow lettuces, carrots and potatoes. We never used to go to the supermarket.

"We used to get our vegetables. We were nicking vegetables off that farmer. Climbing over fences getting food."

And despite her staggering fortune nowadays, it appears Michelle has still clung onto some thriftiness from her youth.

Speaking earlier this month, the star admitted that she has 35p custard creams and rich tea biscuits for breakfast.

She added: "I am a massive, massive foodie. Food for me is life. From the moment I wake up to the time I go to bed, I’m thinking about my food." 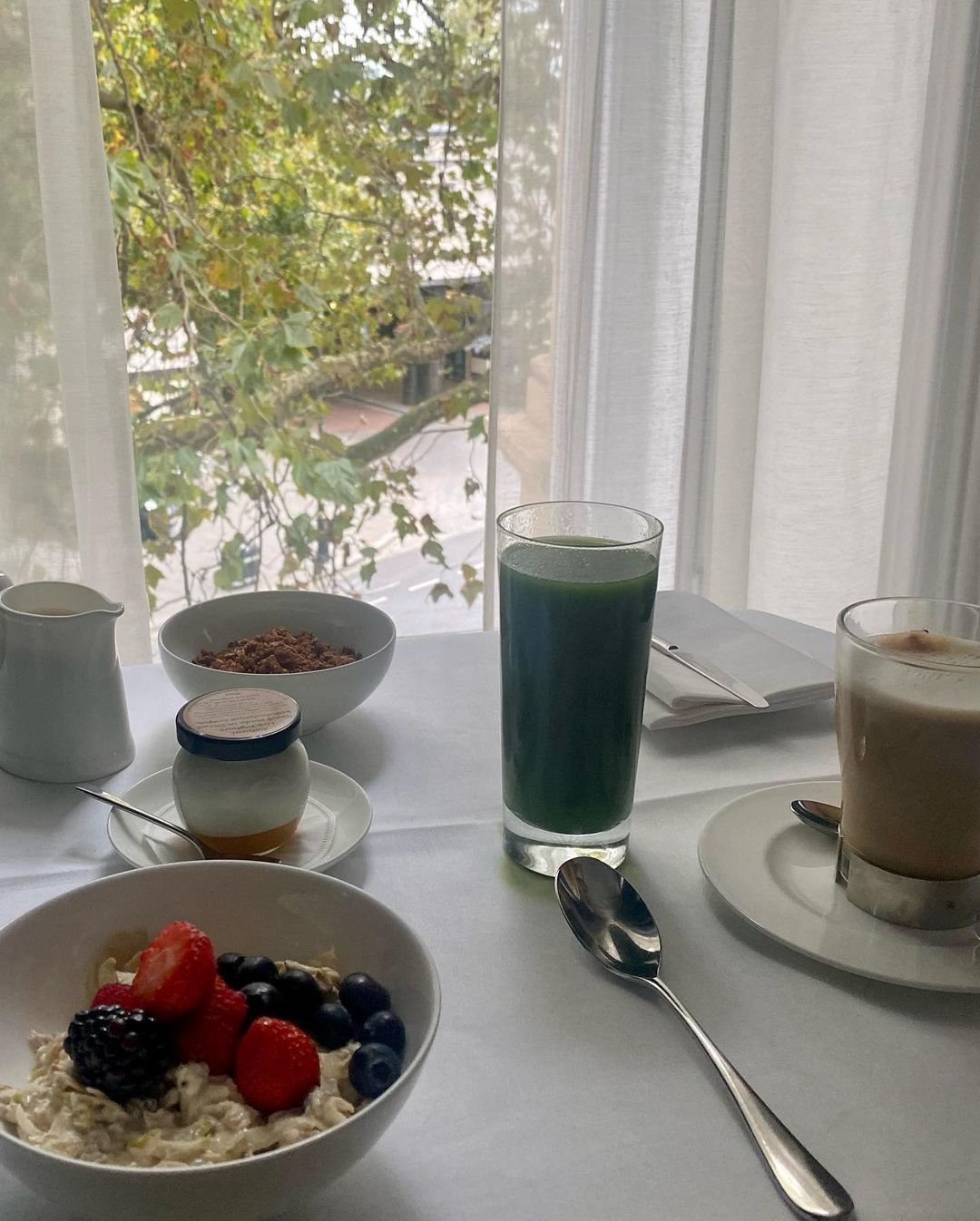 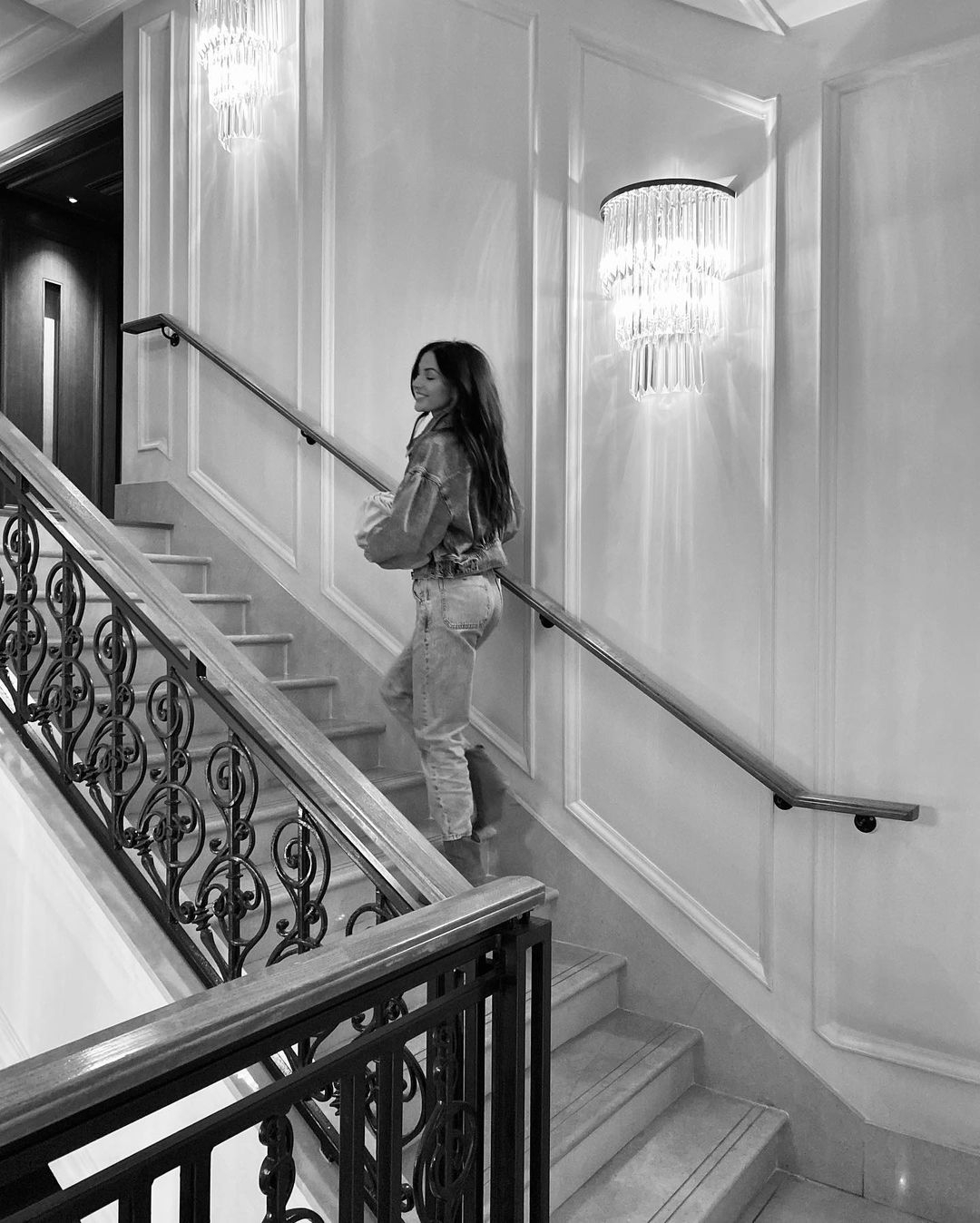 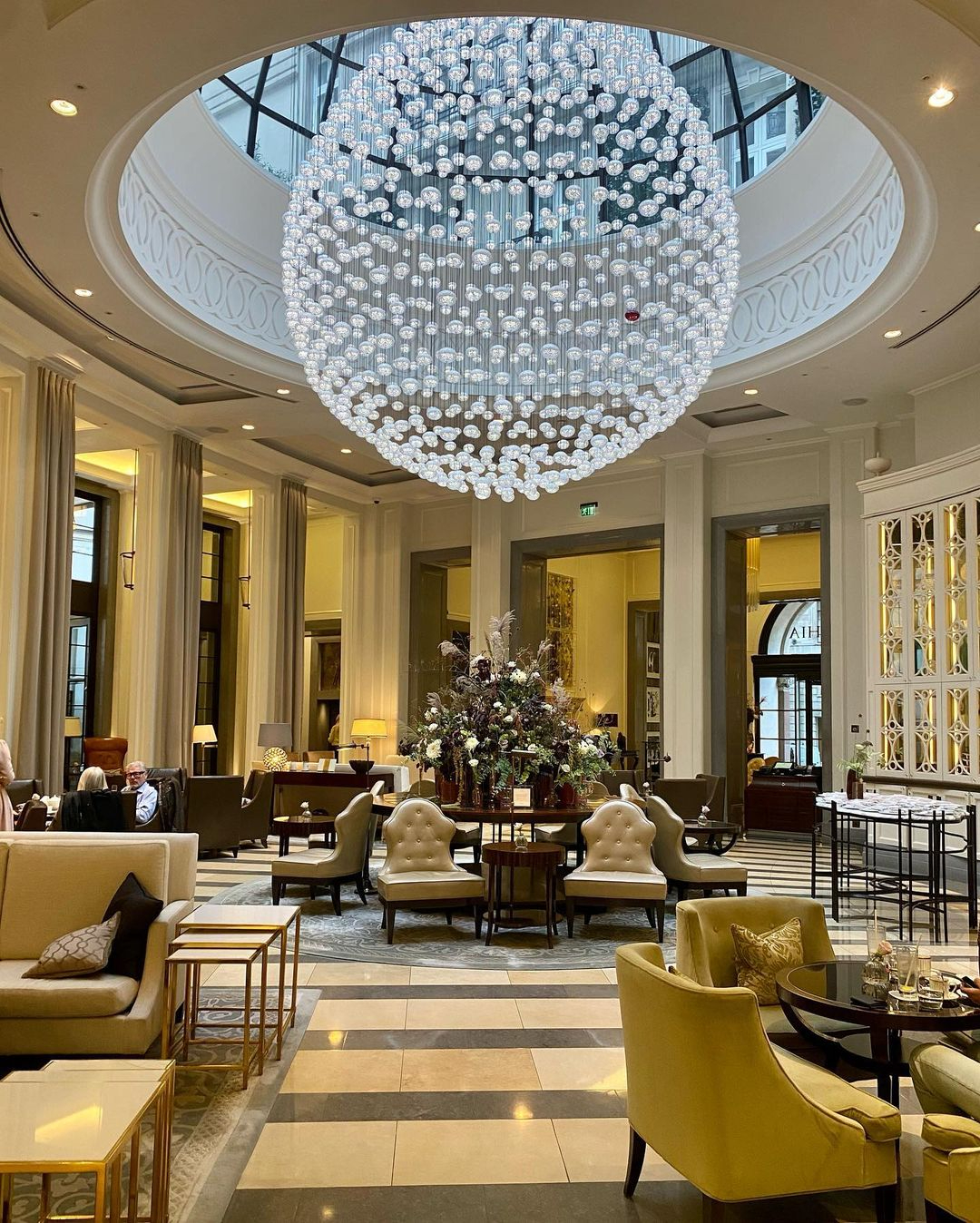