The Loose Women presenters were on ITV screens this afternoon as host Ruth Langsford was joined by Stacey Solomon and Jane Moore in the studio with Janet Street-Porter joining the discussion via video link. However, as the panelists discussed hairdressing and keeping the romance alive alongside their guest Jonathan Ross, Janet swore live on air.

After asking Jonathan’s option on the haircut she gave her partner, Peter Spanton, Janet was forced to apologise for her language.

Janet revealed: “I do dress for dinner because he cooks supper every night and he’s been cooking a different dish every day. 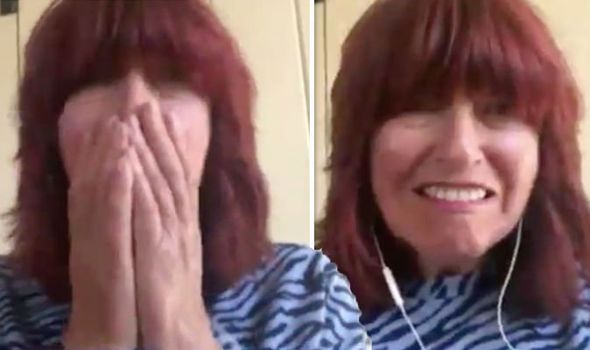