Netflix dropped its four-part documentary series Jeffrey Epstein: Filthy Rich which explores the allegations of sexual abuse and trafficking against the millionaire. Filthy Rich features interviews from accusers such as Virginia Roberts Giuffre as well as individuals who have never come forward before. The convicted paedophile was found dead in his jail cell in New York as he faced a federal trial for sex trafficking last year.

The island is officially called Little Saint James and is located off the coast of St Thomas in the Caribbean Sea, east of Puerto Rico.

Little Saint James is part of the US Virgin Islands and the about 74 acres of land.

According to AP, the island was given the sinister moniker “Paedophile Island” by the locals. 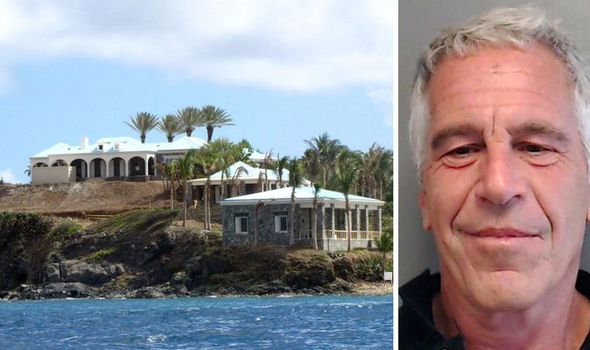 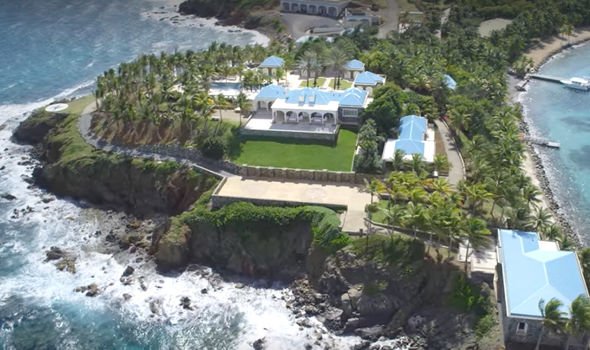 Kevin Goodrich, who is from St Thomas and runs boat charters, told the publication: “Everybody called it ‘Pedophile Island’.” He added: “It’s our dark corner.”

Jeffrey Epstein named Little Saint James as his primary residence before his death in 2019.

The banker had purchased the property back in 1998 for an estimated £7.1 million ($7.95 million), according to the Metro.

He transformed it into paradise and built a mansion on the island, which also had a helipad, a cinema, bathhouse and library. 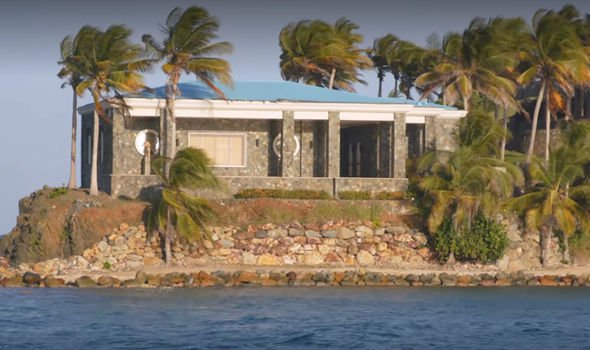 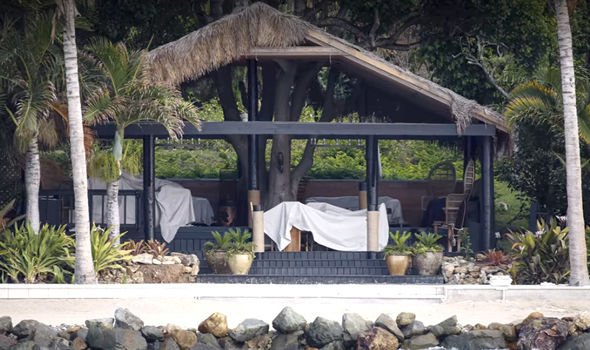 There was also a mysterious building resembling a religious temple, which was blue and white striped with a golden dome on it and flanked with statues.

The temple is thought to have been built in between 2009 and 2013 after the billionaire pleaded guilty to soliciting and procuring a minor for prostitution in 2008.

This building has been the source of speculation with many questioning whether it was used by Epstein to commit his crimes.

Speaking to Business Insider in 2019, Chicago-based contractor and engineer James Both shared his professional opinion on the property.

He said of the temple-like structure: “It’s styled like what you might see on a castle, with what appears to be a reinforcing lock bar across the face.

“What makes it peculiar is that if you wanted to keep people out, the bar would be placed inside the building, [but the] locking bar appears to be placed on the outside … as if it were intended to lock people in.”

The island is only accessible by helicopter or aeroplane and Epstein is said to have often used his private jet to take guests to his home.

Along with the Epstein’s parties, the property was also used to host conferences.

Workers at the property had to sign non-disclosure agreements.

However, a former member of staff told the SF Gate how Epstein would visit the island two or three times a month and would spend a handful of days at a time there.

Another former staffer, who didn’t want to be identified, told AP: “When he was there, it was keep to yourself and do your thing.”

The man said he’d seen several women at Epstein’s property but believed they were over the age of 18.

Related posts:
May 27, 2020 TV and Movies Comments Off on Jeffrey Epstein island: Where is Little Saint James?
Celebrity News:
Tom Hanks Celebrates His 64th Birthday With a Huge Dive Into a Pool
Shane Dawson loses million subs over Tati Westbrook drama and racism allegations
From ‘Mrs America’ To ‘Bad Education’ To ‘Defending Jacob’ Will Movie Star Vehicles Dominate Emmy Limited Series/Movie Races? – TV Talk Podcast
Jenelle Evans Twerks In a Bikini, Learns Hard Lesson About the Cruelty of TikTok Commenters
Fortune Feimster and Gina Yashere to Host Virtual GLAAD Media Awards
Recent Posts
This website uses cookies to improve your user experience and to provide you with advertisements that are relevant to your interests. By continuing to browse the site you are agreeing to our use of cookies.Ok