The next series of Strictly Come Dancing is still some time away, but fans are already speculating about who will be stepping onto the famous dance floor this year. There has been plenty of names thrown into the mix as to who could be joining the 2021 line-up. Line of Duty star Anna Maxwell, who played Patricia Carmichael, and Death in Paradise’s Josephine Jobert are the latest names rumoured to be taking part. However, one star who kept thousands of families entertained during the summer was Joe Wicks, who has also been hotly tipped to join the star-studded BBC show’s line-up.

In a new interview, the dad-of-two addressed whether he would take part in a reality TV show.

He went on to admit that he has even recently declined offers from I’m A Celebrity…Get Me Out Of Here! and SAS: Who Dares Wins.

“To be honest, I just love being at home with my kids too much,” he told Radio Times.

“Being away for three weeks at a time, I wouldn’t enjoy that experience because I’d be missing them.” 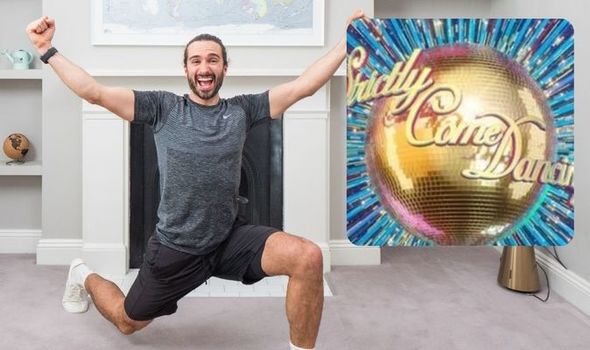 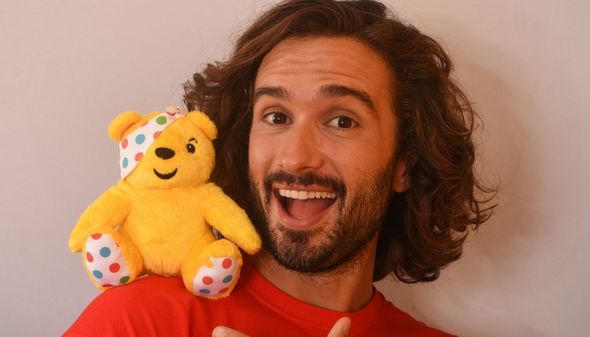 Joe may have declined offers from ITV and Channel 4, but when asked if he would appear on Strictly, he didn’t rule it out completely.

“I’m definitely not,” the fitness coach insisted when asked if Strictly was confirmed in his diary.

“Publicly dancing on a dancefloor, out there and exposed on my own, is my worst fear.

“I can only ever really have a dance when I’ve had a drink, so to do Strictly I’d have to be steaming.”

Another name that has been rumoured to take part in the competition is Chris Ramsay’s wife, Rosie. 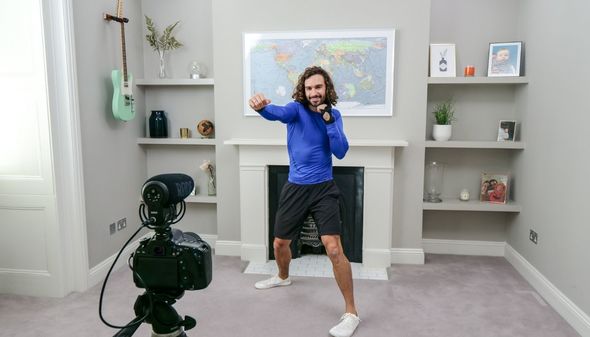 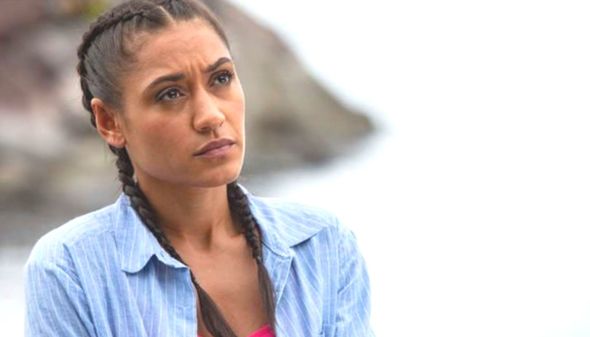 Discussing their involvement to help spotlight small businesses as part of Amazon’s Prime Day event, the mother-of-two addressed whether she would do the show.

“I would love to do it because I used to sing and dance, like many moons ago. It’s a funny one, though, because I know how hard it is,” Rosie began to Express.co.uk.

“I think a lot of people go into it and they think, ‘Yes, [I can do this]’, but they don’t know what it’s really like.

“[Having watched Chris] I’ve seen behind-the-scenes how difficult it is and how much of a struggle it is to [learn the dances].”

“And how tiring it is, so I don’t know,” she added, with Chris declaring his wife “would love to do it”.

Another contender is Glow Up host and former BBC Radio 1 presenter, Maya Jama, 26, who has seen her success skyrocket in recent years.

According to Coral bookmakers, she is one of the favourites to sign up as her odds of taking part stands at 1/2.

The official line-up for this year’s series will be released in due course.

Fans of Strictly had been concerned that last year’s series may not go ahead due to the coronavirus pandemic, but producers managed to make it happen.

Oti Mabuse won alongside celebrity partner Bill Bailey. The season saw only three judges because regular star Bruno Tonioli was unable to travel due to the restrictions in place last year.

Anton du Beke did step in as guest judge for some of the series after being eliminated in week one.

Craig Revel Horwood, Motsi Mabuse and Shirley Ballas were tasked with analysing the performances each week, and although Bill was initially an underdog, he went on to become victorious alongside double-winner Oti.

Now that restrictions have started to ease, it’s likely that Bruno will be back for this year’s show.

Strictly Come Dancing is scheduled to return later this year on BBC One.