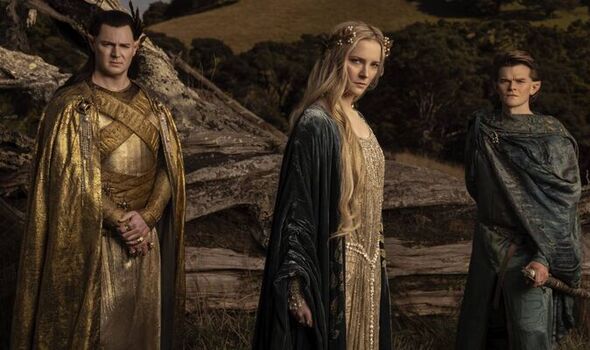 Royd Tolkien says it has inspired him to head off on his own quest in the footsteps of the legendary author. Speaking after the premiere of the most expensive TV series in history, Royd, 53, said: “It is an incredibly exciting visual journey that is thrilling to watch.

“It has helped inspire my next adventure with my son, Story. It is a documentary in early planning where we follow in the footsteps of Tolkien’s 1911 walking holiday in Switzerland.”

“That trip inspired a great deal of his writing and helped forge in his imagination integral parts of Middle-earth [the world in which LOTR is set].”

Both Royd and Story, 27, have made previous cameo appearances in Tolkien blockbusters.

Royd – who was in movies The Hobbit and The Return of the King – said his new project fulfilled a long-held yearning.

“It’s a journey I’ve wanted to do since my grandfather, Tolkien’s second son, Michael, told me about it when I was young.”

“I’m also going to write a book to accompany it.” Filmmaker Royd said of the Amazon series: “Seeing it in a cinema was breathtaking. I didn’t realise how much I missed being transported visually to Middleearth.”

On Friday,Tolkien fans finally got to see why Amazon shocked the television world in 2017 and snatched the global TV rights to The Lord of the Rings franchise for a record sum.

The Rings of Power is a five-season show based on the backstory that Tolkien, who died in 1973, laid out in the appendices to his fantasy epic.