“We’ve made the tough call of letting our incredible cast out of their show commitment,” Mark Millar said 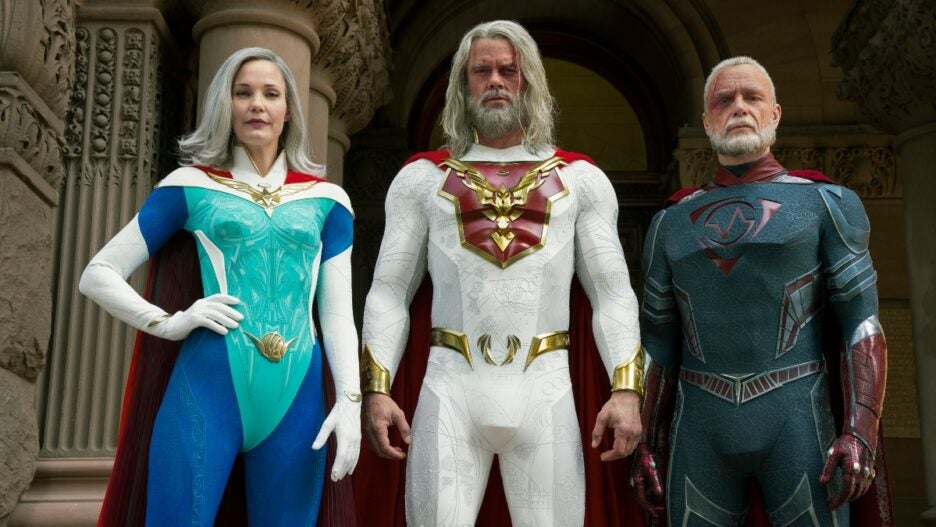 “Jupiter’s Legacy” is done after one season, but Netflix is not done with the superheroic world created by Mark Millar. In a statement on Twitter, Millar said that they’ve effectively ended the version of the show that premiered last month in favor of a “Supercrooks” series, which centers on the villains of that same fictional universe.

The series has an official order from the streaming, an individual with knowledge of the project told TheWrap. “Supercrooks” is being envisioned as the next chapter in the “Jupiter’s Legacy” franchise.

There is already a “Supercrooks” anime series that will debut later this year.

Here’s Millar’s full statement: “I’m really proud of what the team achieved with ‘Jupiter’s Legacy’ and the amazing work everyone did on that origin season. I’ve been asked a lot about what we’re planning next with this world and the answer is to see what the super-villains are getting up to. I’ve always loved crime stories from Scorcese to Tarantino and super-villains are always the most fun part of any superhero story. To do something exclusively focused on the villains they fight just feels incredibly fresh as we explore what it’s like to be a bad guy in a world crawling with good guys who want to put you in jail. ‘Jupiter’s Legacy’ is a vast and rich space with lots of characters to mine and so I’m happy to share that our next step here is a live-action version of the ‘Supercrooks’ comic I created with Leinil Francis Yu a few years back. Given where we’re going next, we’ve made the tough call of letting our incredible cast out of their show commitment as we continue to thoughtfully develop all realms of the ‘Jupiter’s Legacy’ saga. We’re confident we’ll return to it later and just want to say thanks to you guys for your continued support and to the cast and crew who made this look so great.”

Netflix bought Millarworld in 2017, the company from prolific comic book writer Mark Millar, who after his days with both DC and Marvel went on his own and created the likes of “Kick-Ass,” “Wanted” and “Kingsman,” all of which have been adapted into feature films.

Netflix has had its eyes on comic book fare ever since it signed an expansive deal with Marvel Television to create its own shared universe inside the MCU. That deal initially proved fruitful with well-received series like “Daredevil” and “Jessica Jones,” but the plug was pulled in 2019 as Disney was readying the launch of its own streaming service. Netflix signed an overall deal with Dark Horse, which produces its popular series “The Umbrella Academy” a few months after its relationship with Marvel ended.

Since then, Disney+ has solidified itself as the top contender to Netflix largely due to franchise shows like “The Mandalorian” from the “Star Wars” universe and its Marvel Studios series “WandaVision” and “The Falcon and the Winter Soldier.” (Its third, “Loki,” premieres next month). HBO Max has an upcoming “Green Lantern” series from uber-producer Greg Berlanti as well as “Peacemaker” and “Gotham PD” that are set in the same worlds as DC films “The Suicide Squad” and “The Batman.”