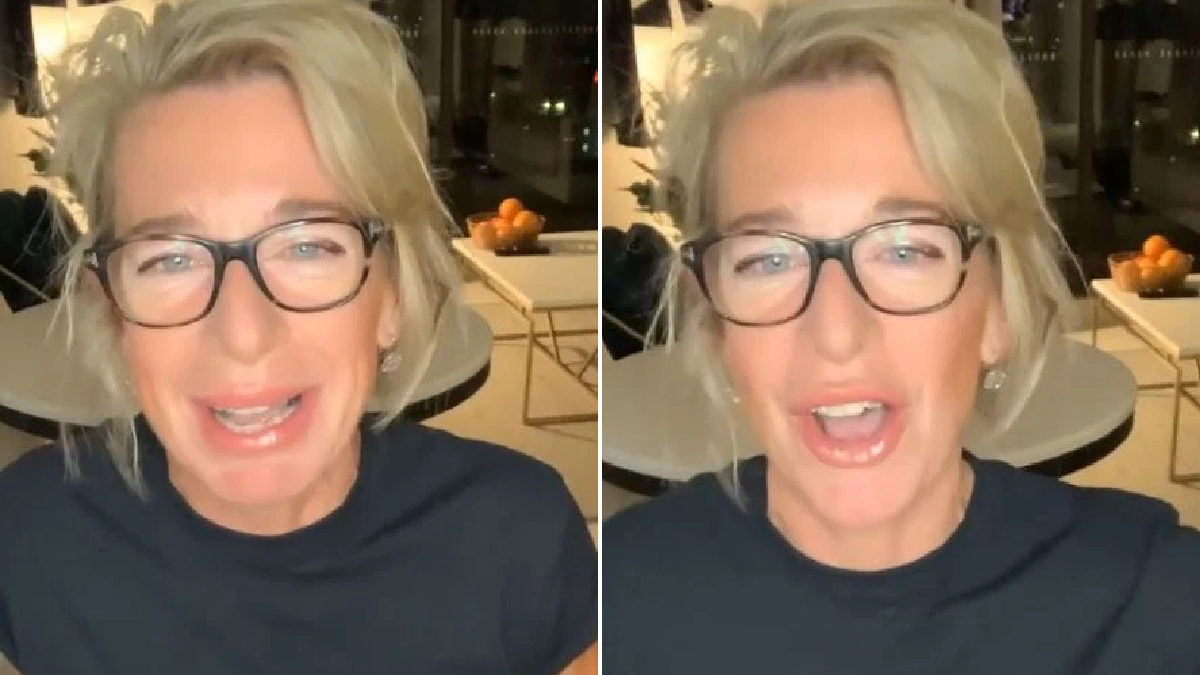 Katie Hopkins has claimed she has ‘never broken quarantine’ in Australia in a video posted following the news she’s been axed from Big Brother VIP.

The former Apprentice star turned far-right commentator arrived Down Under earlier this week and was immediately placed into two weeks of quarantine in a government-mandated hotel.

On Saturday, the 46-year-old reportedly said in an Instagram live video she was deliberately disobeying quarantine rules by taunting guards and opening her hotel room door without a mask.

She later said in a post on the social media platform she has ‘never broken quarantine’, adding that her ‘heart goes out to Australians and this brilliant country known for [its] sense of humour’.

‘I did try to get them to come into my apartment but they wouldn’t,’ she joked. ‘I think they were scared.’

‘The police officer who checked me in told me, when they knock on my door I have to wait 30 seconds until I can open the door. I then have to open the door, but I have to do it in a facemask.’

She then added that she’s been ‘lying in wait’ to answer the door naked with no face mask on to ‘frighten the sh*t’ out of them.

Her actions quickly drew a wave of criticism and, on Sunday, the Seven Network – which airs the reality TV show – said she would not feature in the upcoming season.

‘Seven Network and Endemol Shine Australia confirm that Katie Hopkins is not part of Big Brother VIP,’ they said in a statement.

Referring to a story on Hopkins’s actions, he said in a statement on Twitter: ‘With NSW & Victoria in lockdown, a reminder that temporary visa holders must obey public health orders.

‘Australian Border Force is reviewing this matter. Where visa conditions are breached, individuals may face visa cancellation in accordance with the law.’

The NSW Police Force said it was aiding the border force review.

‘The NSW Police Force is working closely with Australian Border Force to ascertain whether the visa to enter Australia provided to a 46-year-old woman from the United Kingdom remains valid,’ a spokesperson said.

‘The NSW Police Force will assist with any operational requirements to assist the woman to return to her country of origin if it is deemed necessary.’

He said: ‘These actions, if accurately reported, are dangerous, irresponsible and apparently deliberate.

‘We know that at the moment the UK has the highest reported daily case numbers in the world and so this is a particularly dangerous and irresponsible action.

‘Katie Hopkins has called it out herself, she’s boasted of this so last night I contacted the minister for home affairs Karen Andrews, but Karen had already referred the matter to the Australian Border Force. That was going to be my request but she was already onto this.

‘Border Force is considering it right now. In my view, if the facts are borne out of deliberately exposing someone to potential contact with a person who has not completed quarantine, then the strongest action should be taken.