KATIE Price couldn't keep her hands off boyfriend Carl Woods during their 'baby-making' trip to the Maldives.

In new pics from their three-week stay in the Indian Ocean, Katie caresses Carl's face and they snog by the turquoise water. 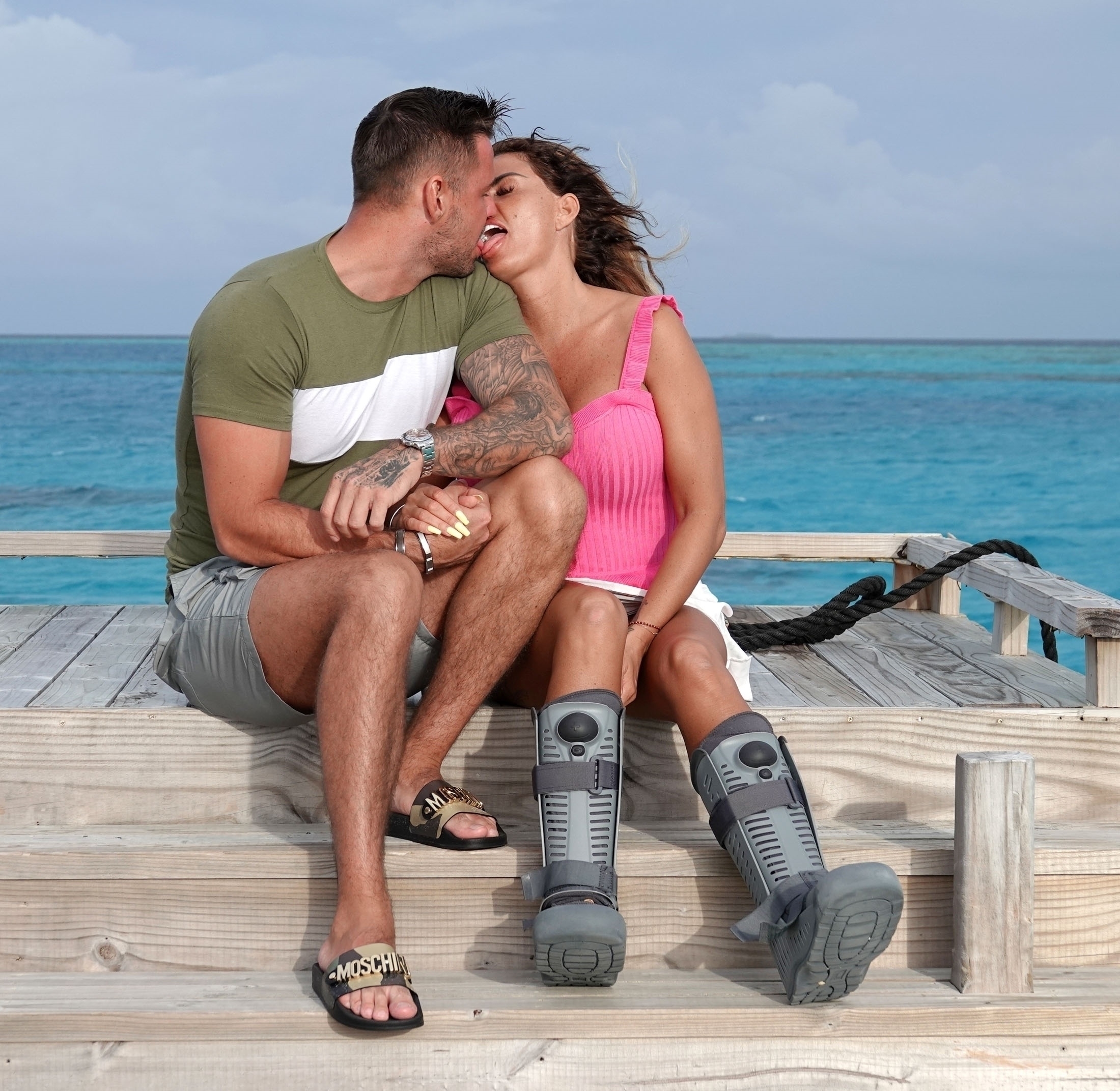 Wearing a pink vest top, Katie, 42, is the picture of happiness as she cuddles into her man, 31.

The pair took a relaxing boat ride together, with Katie wearing two moon boots as her broken feet continue to recover from a horror accident in the summer.

They then were all smiles as they posed in an under the ocean tunnel that saw exotic fish swimming around them.

Mum-of-five Katie previously revealed she would be trying for her sixth child after moving in with Carl. 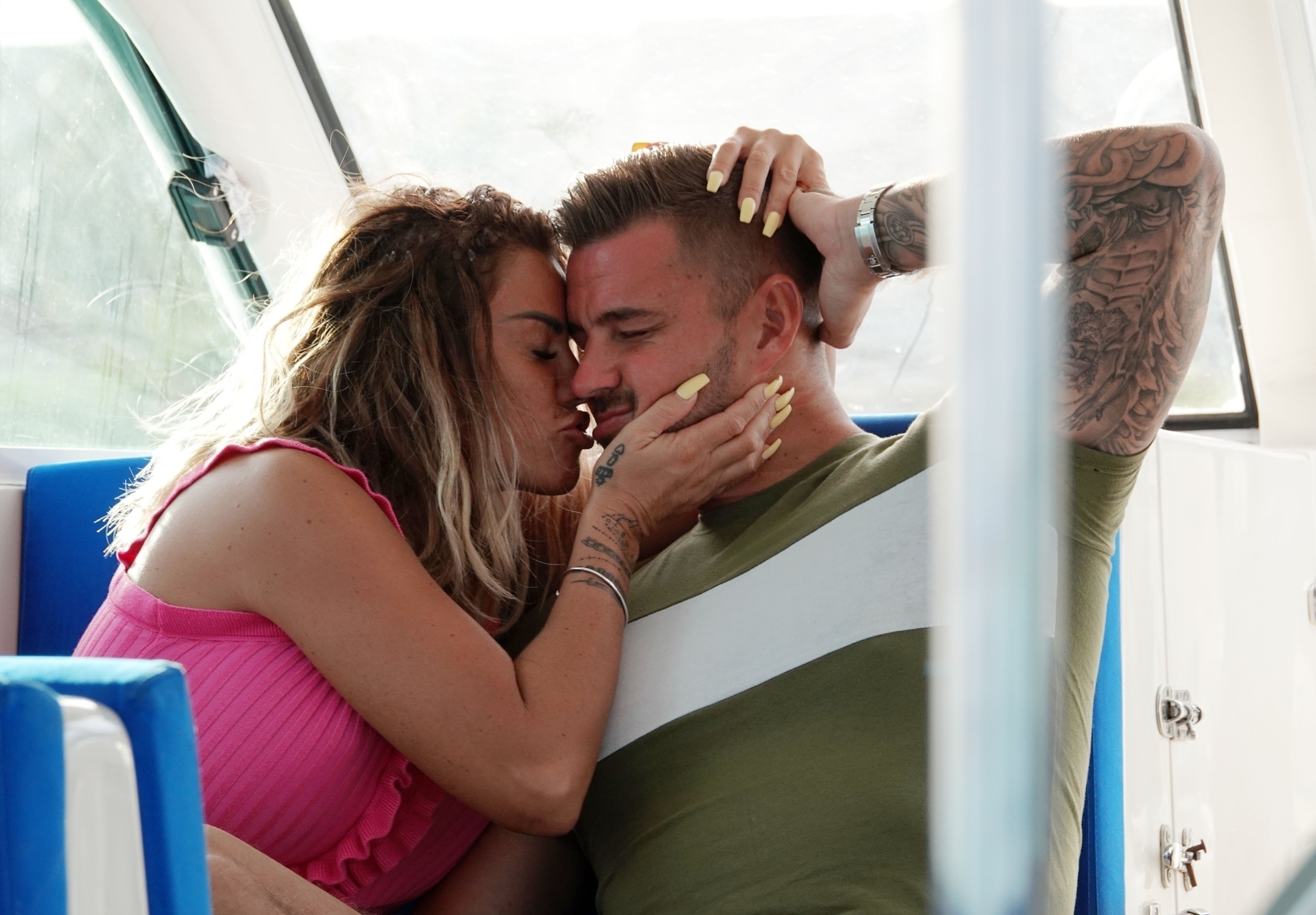 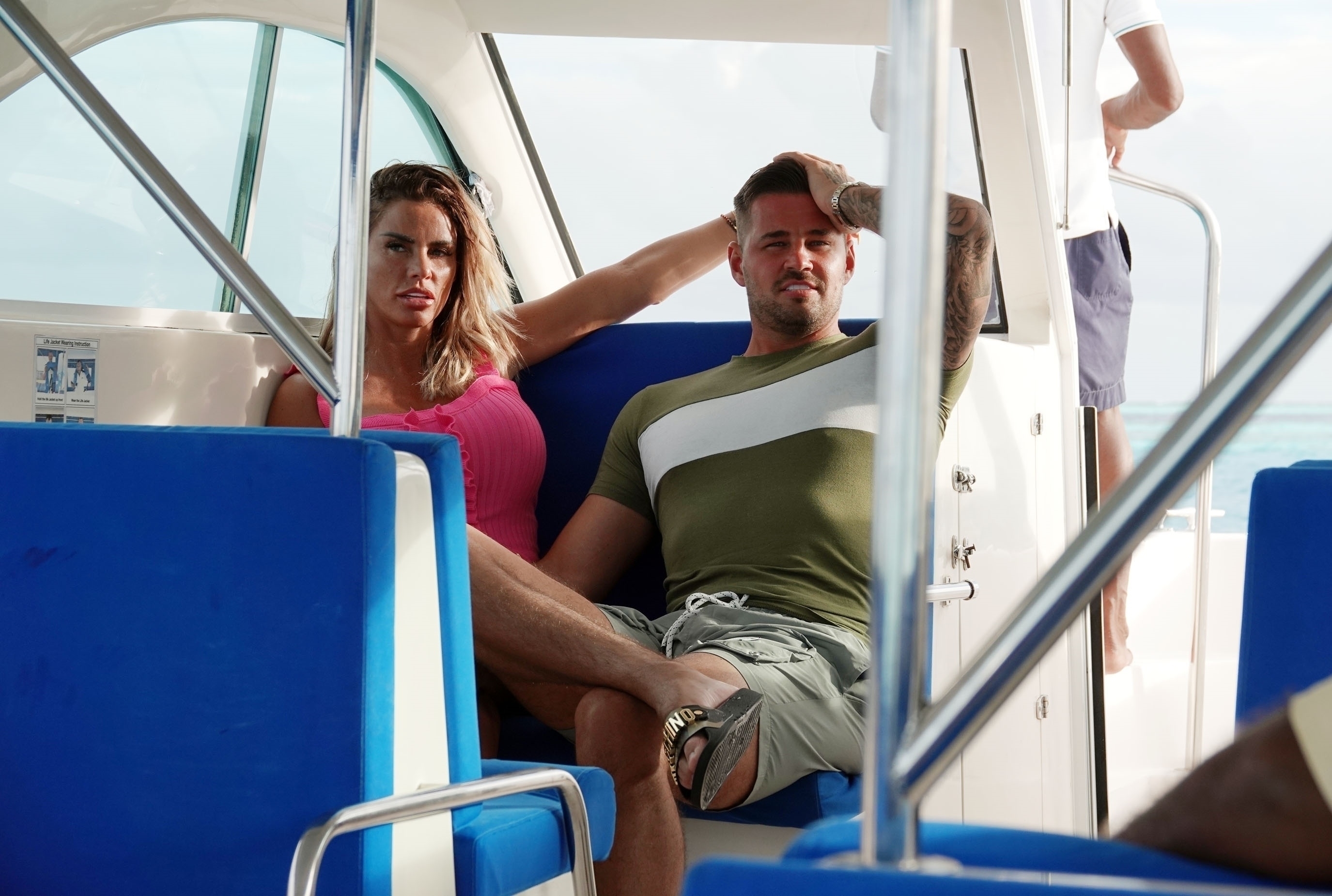 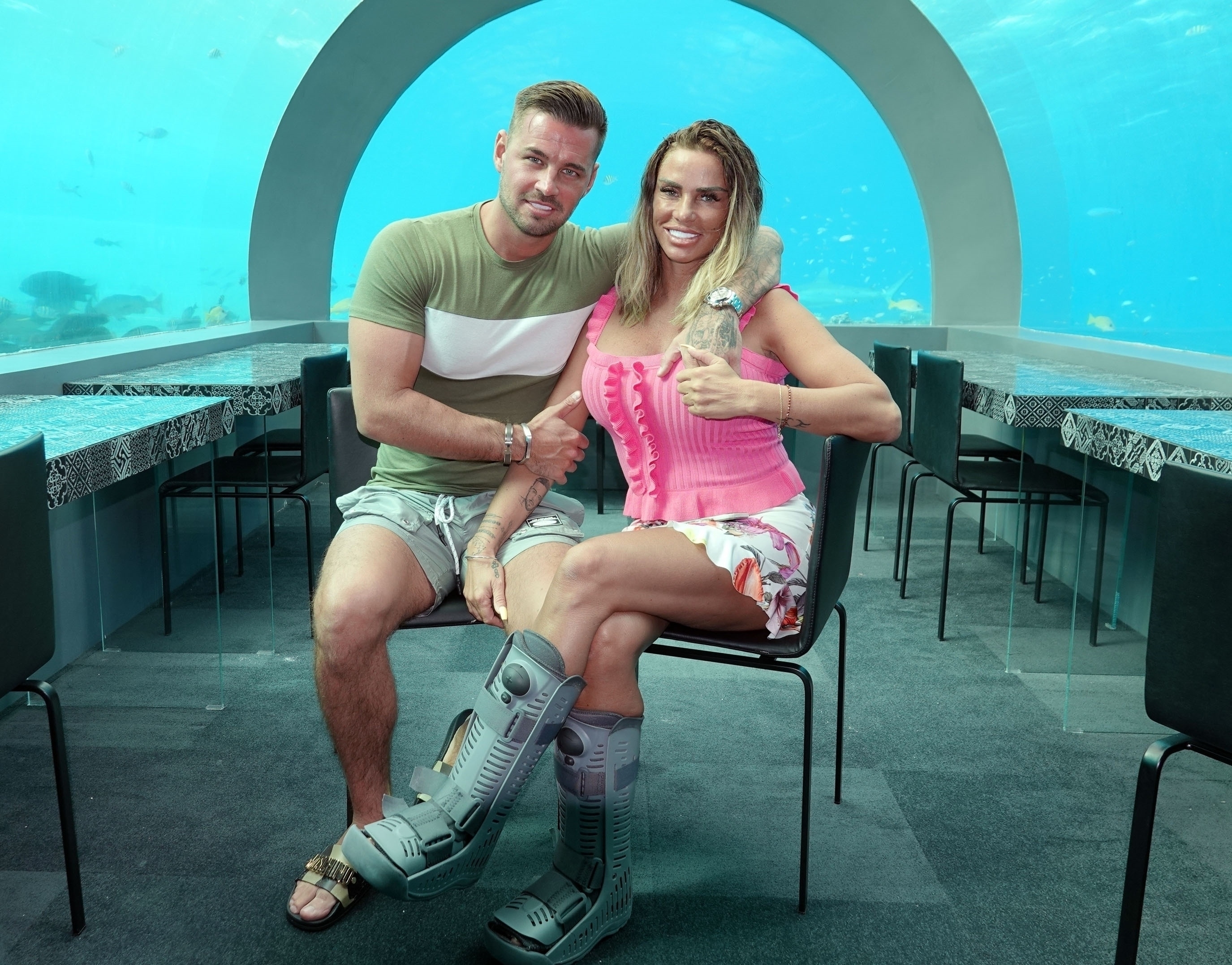 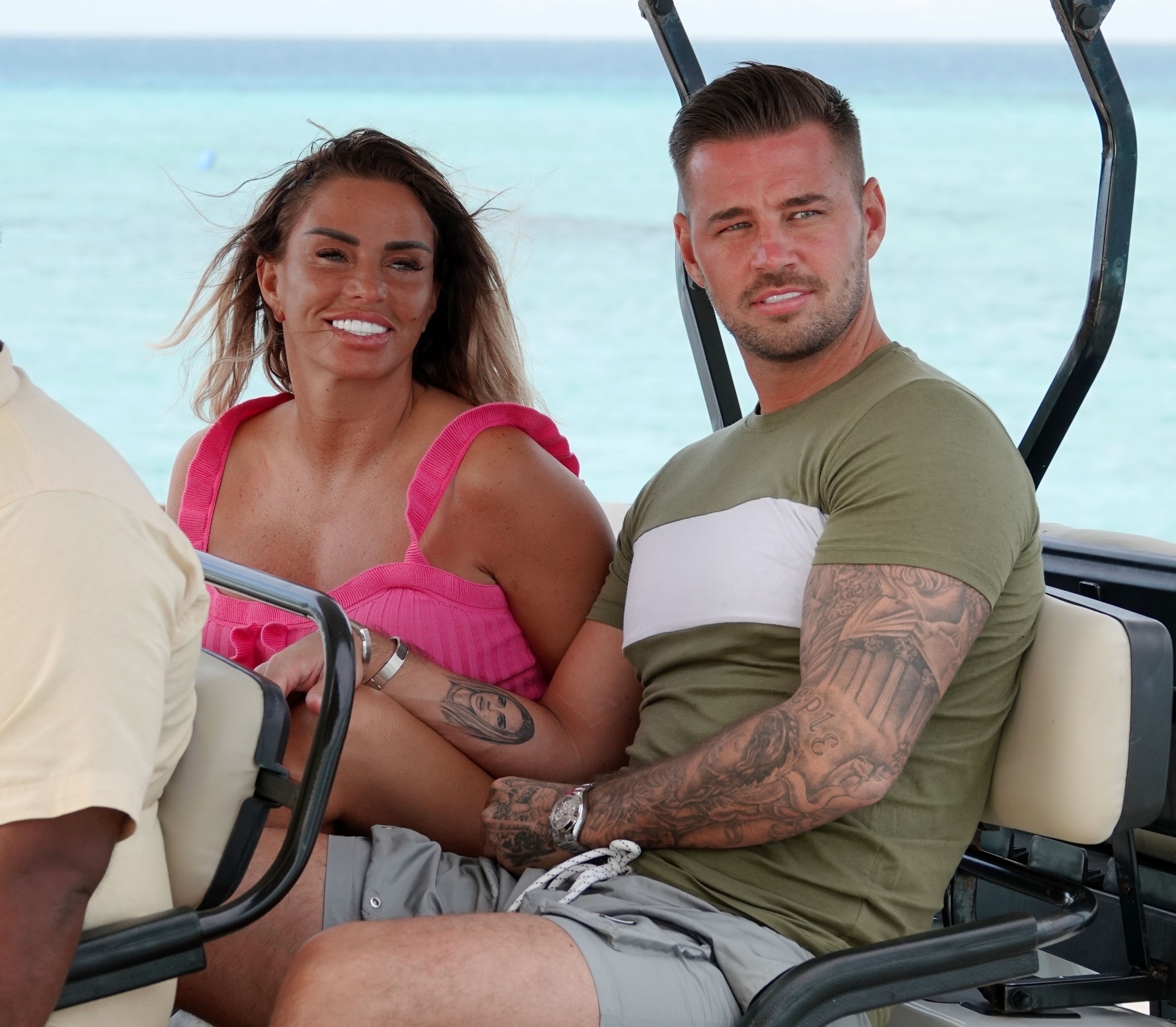 The Sun Online exclusively revealed the lovers jetted off for what is often termed a "conception-moon".

The pair, who've been dating for five months, sourced ovulation kits and Katie is on a high-folic acid diet to boost fertility.

A source told us: "“Katie's really excited and has been telling everyone that she and Carl will spend the whole holiday 'making babies'.

"Nobody would be surprised if she returned pregnant with her sixth baby. 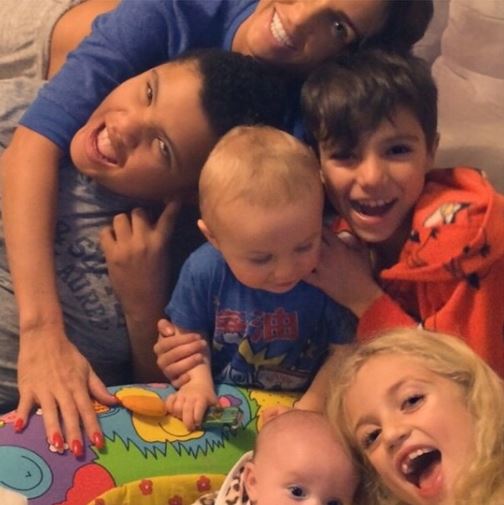 "She's already taking folic acid and is on a fertility diet with lots of spinach and vitamins.

"They're moving very fast, but as Katie says, she's not getting any younger."

Meanwhile, the Maldives is a special place for Pricey and her exes after previously visiting in 2017 with Kieran Hayler, father to Bunny and Jet, and former husband Alex Reid in 2011.

Katie's rep added to The Sun Online: “Katie does have a holiday scheduled, both Carl and Katie have made their wishes on starting a family quite clear.

"And who knows, the tropical setting is perfect for much need R&R.

"Katie is on a well balanced diet with starting a family in mind.”