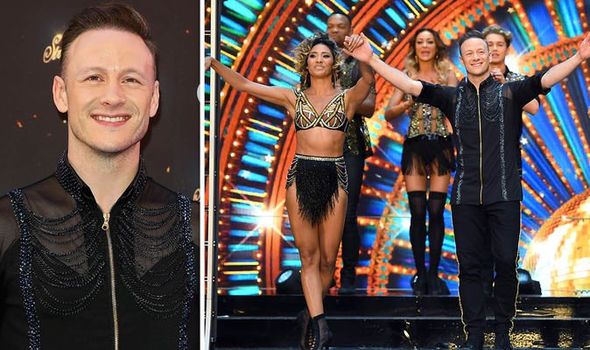 Strictly Come Dancing 2020 will premiere on the BBC this September. Sadly, one familiar face will be missing from the ballroom dancefloor and will be instead of watching the show from home. Express.co.uk has everything you need to know about Kevin Clifton’s exit from Strictly Come Dancing.

This morning he teased that he had a “bit of an announcement” to make on Twitter but Strictly fans did not see this coming.

In a lengthy post on his Twitter, Kevin announced he is leaving Strictly Come Dancing to “focus on other areas of my life and career.”

He also shared his thanks and appreciation to the whole Strictly Come Dancing team.

Here is Kevin’s statement in full:

He wrote: “The past 7 years have been some of the most wonderful years of my life.

“Since first being called ‘Kevin From Grimsby’ by Sir Bruce Forsyth in 2013 I have experienced the highs of 5 finals, winning a Guinness World Record on It Takes Two, the Strictly arena tour glitterball and then the ultimate of winning the 2018 series with Stacey Dooley.”

“After finishing the last series with the Children In Need trophy and the Christmas special I wanted to leave on a high and have therefore decided the time has come to move on and focus on other areas of my life and career.”

He then thanked his fellow pros and celebrity partners for “inspiring me every day” and stating that the behind-the-scenes team “have always made the Strictly family what it is and the loveliest show to work for.”

“Thank you to anyone who has ever voted for me and my partners. it means the world.”