Last Tango in Halifax returned to BBC One last weekend with the highly anticipated fifth series. While the first instalment got off to a stellar start, it seems Celia (players by Anne Reid) and Alan’s (Derek Jacobi) relationship could hit a rough patch in upcoming weeks.

In the first few opening scenes of episode one, fans saw Alan filling out a job application just before lunch.

“What are you so busy with?” Celia asked with intrigued. “Filling in this form,” her husband said.

“What form you filling in?” She continued and he explained: “I’m applying for a job.”

It wasn’t until the couple were in the car did they properly discuss Alan’s future career prospects. 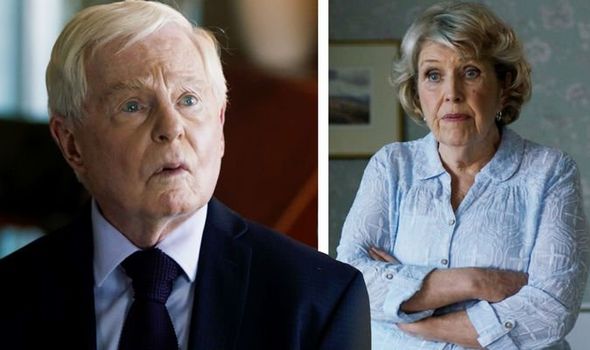 “A supermarket? But doing what?” Celia remarked surprised and Alan clarified: “A trading assistant, on the checkout.”

“What the hell for?” Celia enquired, trying to understand her husband’s need for a part-time job.

Alan said it was to keep himself busy, but this only infuriated Celia further, especially because of travel logistics.

“I said ‘how are you going to get there?’ I told him he would have to get himself a little car, a little run-around because he’s not taking the Lexus everyday because I might need it,” Celia told her daughter Caroline (Sarah Lancashire). 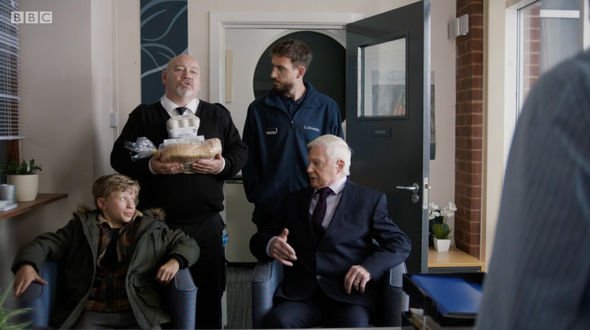 The job in question would require Alan to work “four hours a day, four days a week”.

But this didn’t matter because according to Celia “it would be inconvenient whenever the hell it was”.

Throughout the episode, Celia made her feelings very clear about the job, offering him no “good luck wishes” before his interview.

And it seems this could be a stickler for their relationship. 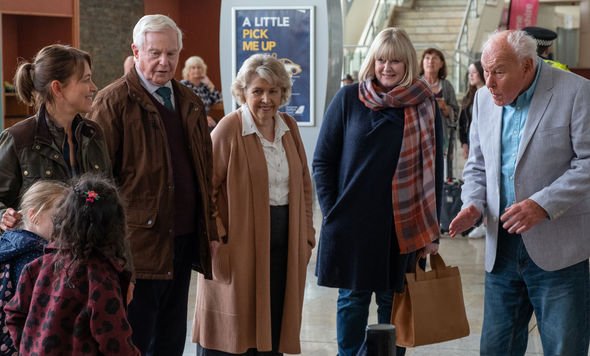 During the Last Tango in Halifax press day, the actor who plays Alan spoke about this storyline.

He explained how Alan “needs a little bit of his own independence,” especially financially.

“I think I’m on the turn, I can see flaws in her that I didn’t see before. I also think he’s getting a little big bored.” Derek added.

“And I can make my opinion known. I’m on thin ice with her, but I am determined to state my case and be my own man.

“I stand or sit behind that till in the department store, not knowing what I’m doing! Just getting a job, getting out and meeting people, helps,” the star revealed.

While many can understand Alan’s point of view, Celia cannot, will this job drive a wedge between the pair?

As for what’s in store in tonight’s episode Alan and Celia’s relationship will come under increasing strain, as brother Ted’s (Timothy West) arrival from New Zealand raises questions.

Last Tango in Halifax returns tonight on BBC One at 9pm.