Law & Order: SVU has been teasing a romance between Amanda Rollins and Sonny Carisi for years. But in the season 22 finale, the show finally brought the two together with a passionate kiss. And after seeing Rollins and Carisi’s momentous smooch, many hope to see them in a relationship next season. 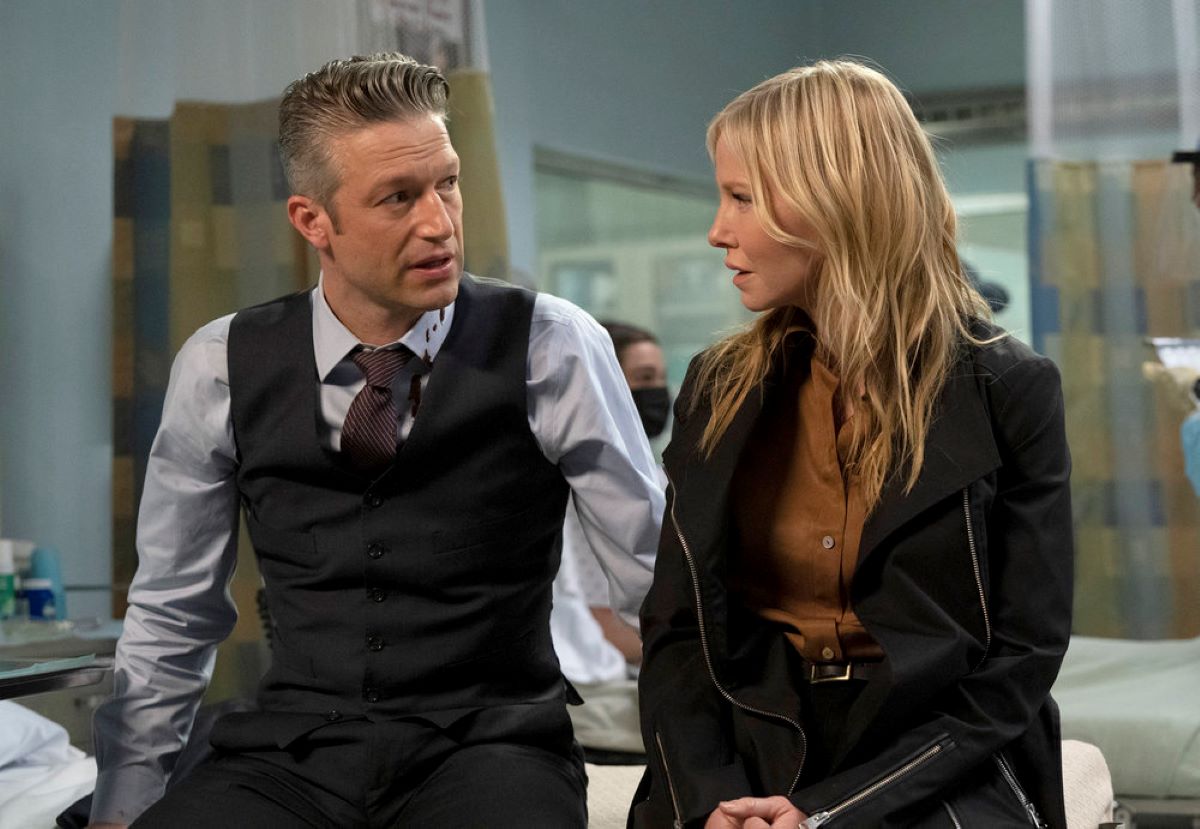 Carisi and Rollins started working together in season 16 of ‘Law & Order: SVU’

Amanda Rollins (Kelli Giddish) and Dominick “Sonny” Carisi (Peter Scanavino) began their working relationship as detectives in season 16 of Law & Order: SVU. They started out as partners, but didn’t always see eye-to-eye on the cases and situations they encountered together.

But the two still had great chemistry. And despite Carisi leaving SVU to become Assistant District Attorney, they have remained close friends.

So much so that Carisi is there to babysit Rollins’ kids. And as seen this season, he was there for her when her father nearly died.

But while it’s obvious they have feelings for each other, Rollins and Carisi have been dating other people for years. Rollins’ past relationships resulted in her having two adorable daughters. And Carisi is currently with activist and lawyer Nicole Harper (Suzette Gunn).

Rollins and Carisi finally kiss in the season 22 finale of ‘Law & Order: SVU’

The season 22 finale of Law & Order: SVU teased a big romantic wedding for Fin (Ice-T) and his former police partner and fiance, Phoebe (Jennifer Esposito). But while Phoebe and Fin opted out of the nuptials, their wedding served as the backdrop for a major moment between Rollins and Carisi.

Realizing Carisi is disappointed his beautiful sentiment for the ceremony went unheard, Rollins asks him to read it to her. As he reads the poetic words praising the strong bond between partners, Rollins gets emotional and tears up.

He pulls out a handkerchief and wipes her tears. And just as he begins to tell her how “hokey” the rest of the letter is, she leans in and kisses him. The two then share a long passionate kiss and finally give in to the pent up feelings they’ve had for each other.

After seeing Rollins and Carisi kiss after so many years, some Law & Order: SVU fans felt relieved. “Finally!” one Reddit user wrote. “It’s only been like 5 years since she fell for him lol. Someone had to make a move eventually.”

And others, who are still anxious to see Olivia Benson (Mariska Hargitay) and Elliot Stabler’s (Chirstopher Meloni) romance come to fruition, thought this finale moment was a good start.

“I’ve waited 2 decades for Elliot & Olivia to get together, but I’m thrilled that Rollins & Carisi finally saw what’s been right in front of them for the past few seasons,” another Redditor added.

Now that Rollins and Carisi have made their feelings official, many viewers are hoping to see them together when Law & Order: SVU returns next season. But it will all be up to the writers, who by now have proven that romances on the show don’t come easy.

Related posts:
June 5, 2021 TV and Movies Comments Off on 'Law & Order: SVU': Could Rollins and Carisi's Kiss Leads to a Romance Next Season?
Celebrity News:
The Best Portable Chairs for Music Festivals and Outdoor Concerts
Gov. Cuomo Doubles Down in Denial of Inappropriate Touching
Courtney Love Apologizes After Accusing Trent Reznor of Abusing ‘Girls as Young as 12’
Who Is Carly Lawrence From Too Hot To Handle?
‘Dull as Prince William’ John Cleese aims jibe at royals as he bemoans Euro 2020 matches
Recent Posts