Laura Neilson (played by Joanne Froggatt) went to extreme lengths to prove Andrew Earlham (Ioan Gruffudd) raped her and has now been arrested for his murder. In the first series of the Liar, Laura had been convinced her date had attacked her but she wasn’t prepared for the sickening truth she discovered when she began to investigate his sinister behaviour.

After some sleuthing she discovered she opened a bottle of wine for them to drink at her flat, he spiked her drink and raped her.

But, she then discovered she was not the only victim of his and he had done this to at least 19 other women.

Laura found evidence he had filmed all of the incidents and hid the videotapes in his mother’s shed.

With the rapist exposed, ITV viewers were hoping his victims would get justice but in a further twist, Andrew was found dead. 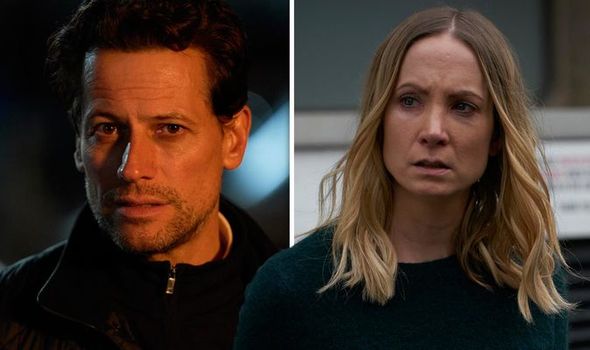 Police detective Karen Renton (Katherine Kelly) was on the case and immediately the finger was pointed at Laura.

Laura’s motive for committing murder was clear considering the vigilante justice she attempted to carry out in weeks leading up to this death.

However, the detective became convinced Laura was the culprit when the police discovered a set of car kets belonging to the deceased in her bedside cabinet. 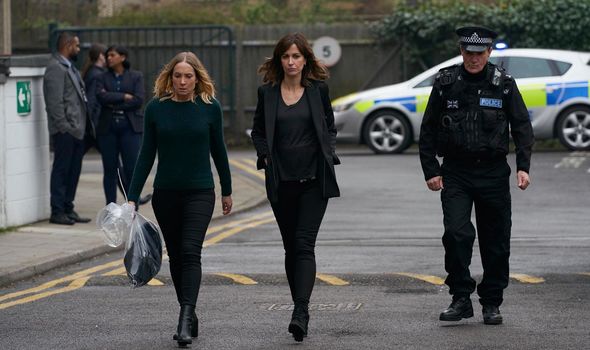 When Laura was arrested she underwent the police procedure of having her height measured and fingerprints were taken.

Before she was escorted into her cell, the alleged killer removed all of the items in her pockets and had her photo taken.

But, it was only when she reached the door of her cell that she was ordered to remove her shoes.

An eagle-eyed viewer pointed out that this appeared to be the wrong order to carry out these instructions as they spotted the blunder. 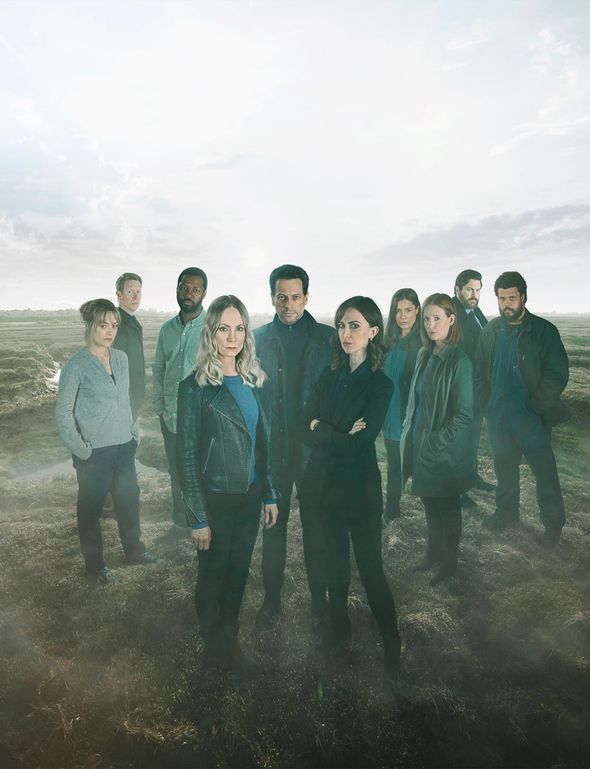 They said: “So Laura has to take her shoes off now AFTER her height was measured?!? #liar.”

While another shared: “I was always under the impression that they make you take your shoes off when you are in a cell so you can’t hang yourself with the laces #liar.”

Other viewers weren’t pleased with Laura’s arrest and deemed it too much of a stretch as not enough evidence had been found against her.

One wrote: “You can’t just arrest someone like that – they had ONE piece of evidence !!! Not a good advert for the police! #liar.”

“Enjoyed #Liar but seriously do ITV think we are f*****g amateurs?! You can’t get a warrant without good evidence, you have to read them their rights before interview AND you can’t just decide to arrest them especially without a lawyer & with one piece of evidence! Bit naff,” a second remarked.

“#Liar The police arrest of Laura was just facile, based on the guy’s (Andrew?) car key being found in her house. Hang on a minute, Why didn’t the police do the obvious and do a fingerprint examination to check whether or not she had handled the key? A slight flaw in the story,” another added.

Will Laura will be found as the culprit or could another one of Andrew’s victims be exposed as the killer?