LORRAINE viewers were stunned this morning as Emmerdale boss John Whiston swore in a live interview.

The soap chief made the blunder while discussing cast members' extreme lockdown hairstyles. 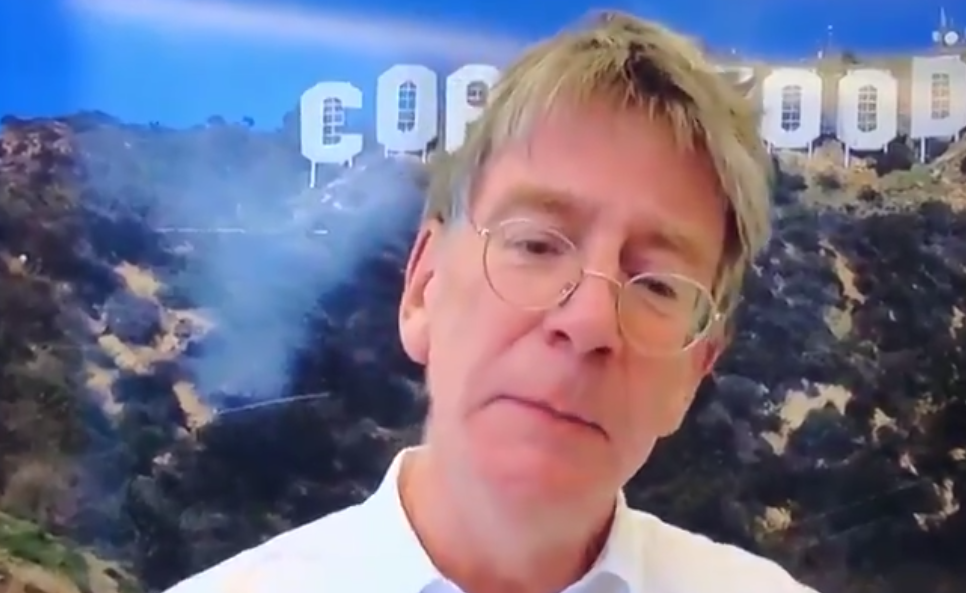 A number of show's stars had either shaved or dyed their hair and it's caused problems for production teams.

After a clip of Danny Miller, who plays Aaron Dingle, on set with his newly-shaved head was played, John said: "You can also see my biggest problem right there with Aaron's haircut.

"Most of the cast decided, for some reason, to either shave their heads, and all the female cast decided to dye their hair puce, which is a problem when everyone's coming back to work.

Lorraine seemingly failed to hear as she replied "exactly" and gave no apology.

Many viewers did pick up on it, however.

One wrote on Twitter: "anyone else just heard chap talking about return to soaps swear, I DEFINITELY heard him say 'taking the p**s' with reference to actors dying and cutting their hair during lock down, why has Lorraine not apologised?!?!?" 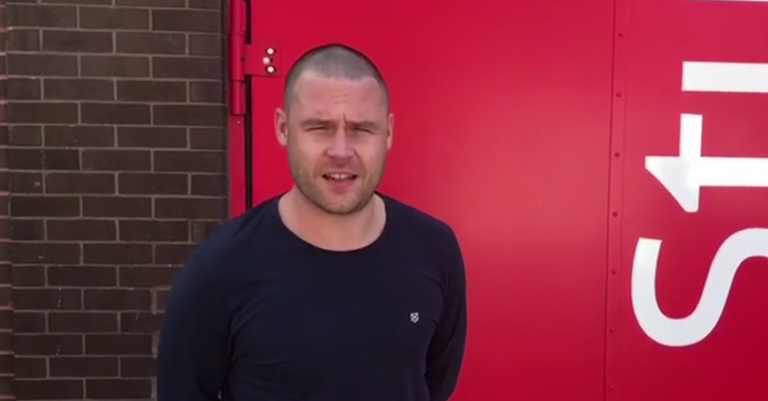 Another posted: "Glad it isn't just me who thought he said 'taking the p**s'. #lorraine."

John also revealed he was happy with the way the soap has adapted to the challenges of social distancing.

He said: "What I'm delighted about it is it doesn't look like people are tow metres away from each other."

Anticipating complaints, he continued: "It's where you put the cameras and how you stage it."

When Corrie returns, he said the show will touch on coronavirus but it won't take over storylines.

He went on to say the cobbles' famous knicker factory Underworld could start producing PPE.

ITV was turned blue earlier this morning too after a GMB guest went on a furious sweary rant.

Adee Phelan appeared on the show to discuss his incredible £650,000 gift giving effort that has seen 94,000 NHS heroes receive boxes of hair products and PPE equipment. 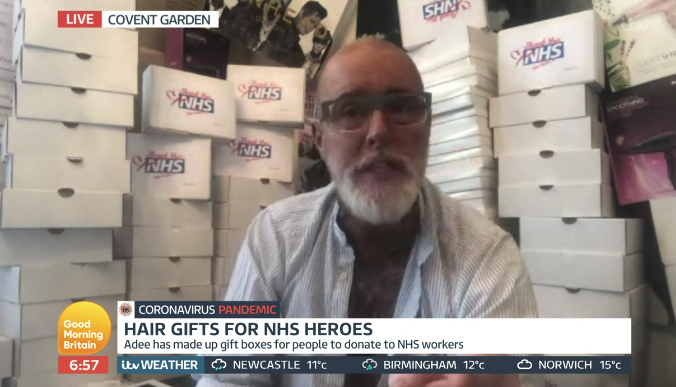 However, his positivity turned to anger as he slammed the Government's handling of the coronavirus crisis.

He raged: "It's a disgrace Piers. What’s happening in the government is bulls**t!

"And Boris Johnson and the whole lot of them down there need to start treating us with a bit of respect, a bit of honesty and a bit of dignity.

"This is not a time to be angry. I'm sorry, Piers. You've kindly got me on this show to talk about positivity, but it's not right mate, it's not fair. People are sick to death of the lies.

The celeb clipper, who has cut David Beckham's hair, revealed he was grateful to the NHS for caring for him after he split the back of his head open. 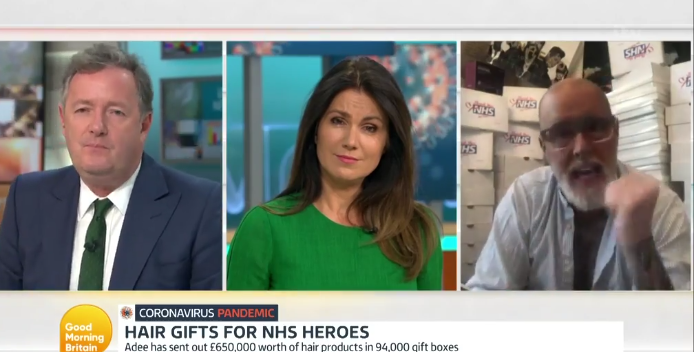 He created his gift giving initiative after seeing a weary looking nurse on a chance encounter as he went to get a taxi.

It prompted him to ask major businesses in the hair industry to provide products to gift to nurses in a bid to boost their spirits as they work on the front line.

At the end of his interview, Adee referenced Black Lives Matters protests in London and demanded an end to racism, swearing twice more.

"We need to stop judging, it needs to start from the top. Westminster needs to get their s**t in order". They need to pull their fingers out. Stop lying. And the message is stick together, no fighting, no wars, no looting.

"We live in an amazing country, with amazing people, doing amazing things."

Piers stuck up for his old friend, saying: "Normally we would issue a grovelling apology. I understand your anger and passion. I’m not going to apologise for it."

Recalling his time at the salon with Adee, Piers continued: "The language was normally pretty fruity. You have a passion for life and care for people."

Viewers' opinions were mixed, with some praising his passion while others slammed him for swearing.

Related posts:
June 3, 2020 TV and Movies Comments Off on Lorraine viewers shocked as Emmerdale boss ‘swears’ live on TV as he talks about Danny Miller’s shaved head – The Sun
Celebrity News:
Meet Ariana DeBose, The ‘Hamilton’ Ensemble Member Who Is About to Have a Huge Year! (Exclusive Interview)
Duffy Writes Open Letter to Netflix CEO Saying ‘365 Days’ Glamorizes Sex Trafficking, Kidnapping, and Rape
Is It Kim Kardashian’s Responsibility To Be A Role Model? | Perez Hilton
Gigi Hadid Reveals She’s Hiding Her Baby Bump in a “Really Baggy Jumpsuit”
How Stars Including Demi Moore Are Self-Quarantining: Pics
Recent Posts
This website uses cookies to improve your user experience and to provide you with advertisements that are relevant to your interests. By continuing to browse the site you are agreeing to our use of cookies.Ok