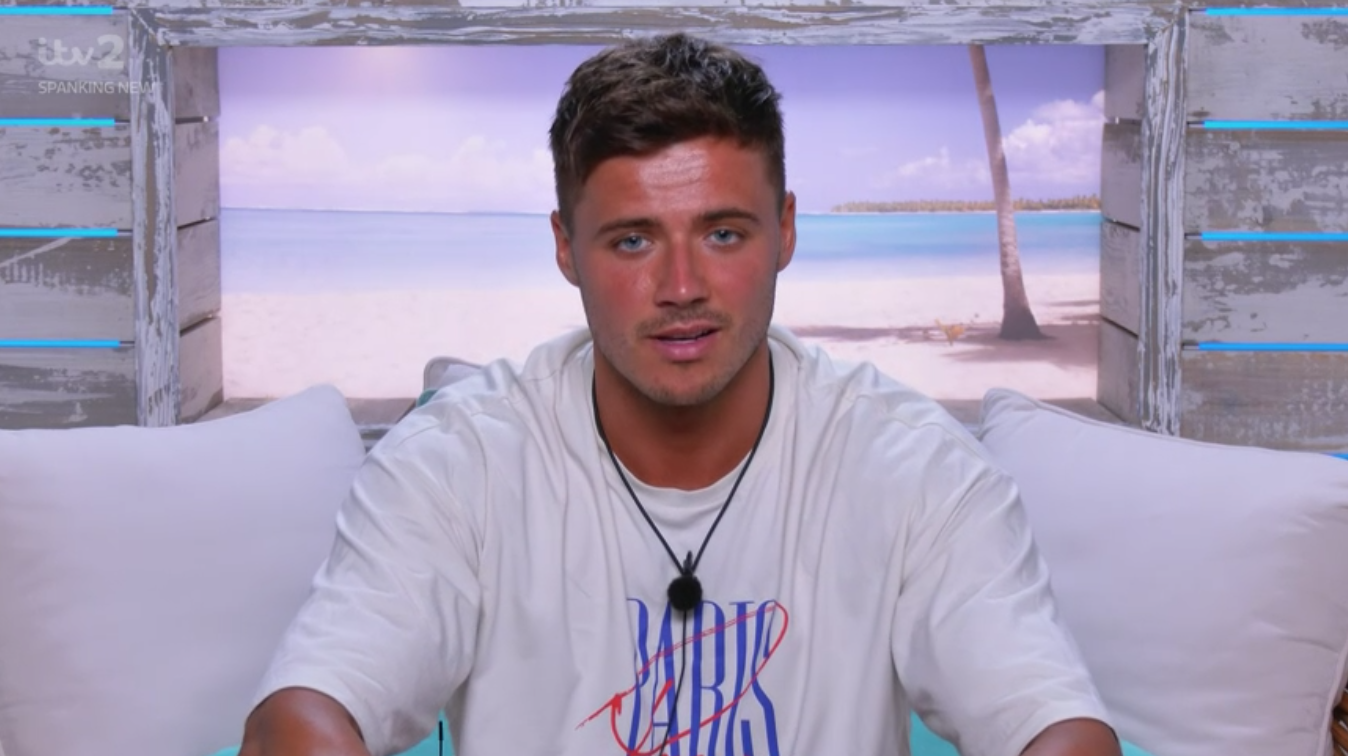 Love Island star Brad McClelland revealed he once broke his penis while having sex.

In an unaired clip from tonight’s Love Island: Unseen Bits, we were given a longer glimpse into a game which saw the Islanders figure out how well they knew each other.

In between things kicking off with Hugo Hammond, Sharon Gaffka and Faye Winter, one particular question had them all shocked.

‘What’s Brad’s most embarrassing sexual tale,’ Hugo asked, to which he confessed: ‘I’ve snapped my banjo.’

Speaking in the beach hut, he told the camera: ‘One thrust of the hips and it was like, “ooh, what has happened?”

Brad might have some more pain heading his way after Lucinda Strafford made her feelings known on their budding romance on Friday’s instalment, admitting she was already regretting their kiss.

The lovebirds shared their first non-task related embrace earlier in the episode, following his split from Rachel Finni.

However, chatting to Faye afterwards, the fashion boutique owner confessed she was having second thoughts over the whole thing.

‘I still really like Brad,’ she said. ‘I don’t know, sometimes I think to myself, does the conversation really flow?

‘I really regret snogging him. It wasn’t built up or anything, we got a bit too greedy. We just met each other.’

When Faye suggested it was like a ‘night out snog’, she added: ‘He’s put everything out, he’s told me he wants to give 110%, he’s telling [me] baby names, he said, when are we getting married?

‘He’s literally selling me the dream.’