LOVE Island's Gabby Allen looked on fire as she showed off her toned figure in a bum-flashing bikini.

The reality TV star was seen enjoying the sun in Ibiza following the news her ex Marcel is expecting a baby. 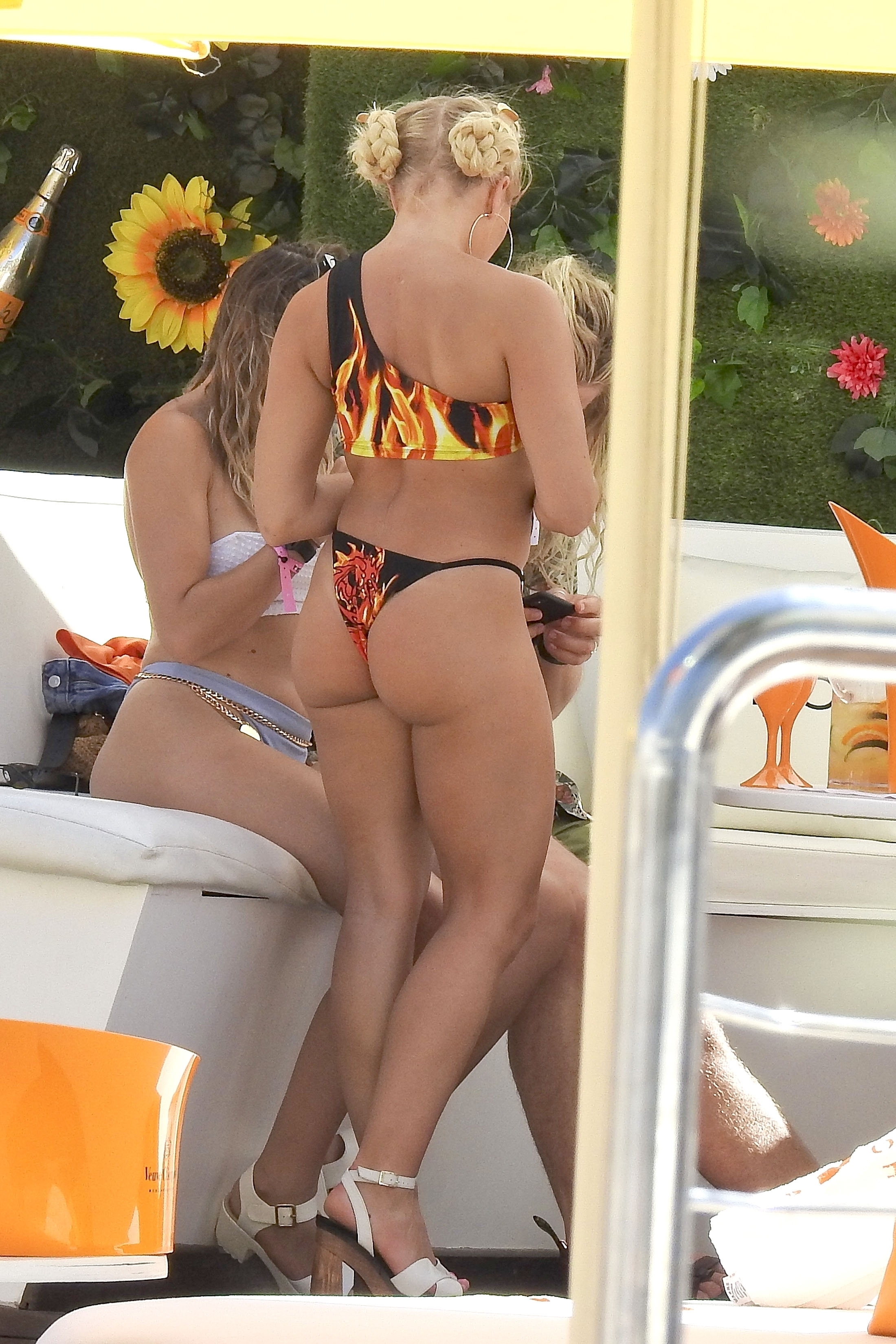 The gym fanatic wowed onlookers in her one-shouldered fire-print bikini which showed off her fit physique as she chilled out with friends at Ocean Beach.

With her blonde hair tied back in braided buns, the former Love Islander wore shades to shield her from the sun as she soaked up some rays.

She teamed off her outfit with white chunky heeled shoes and giant hoop earrings.

She's been seen posing in bikinis during her stay and showing followers her gym-honed body. 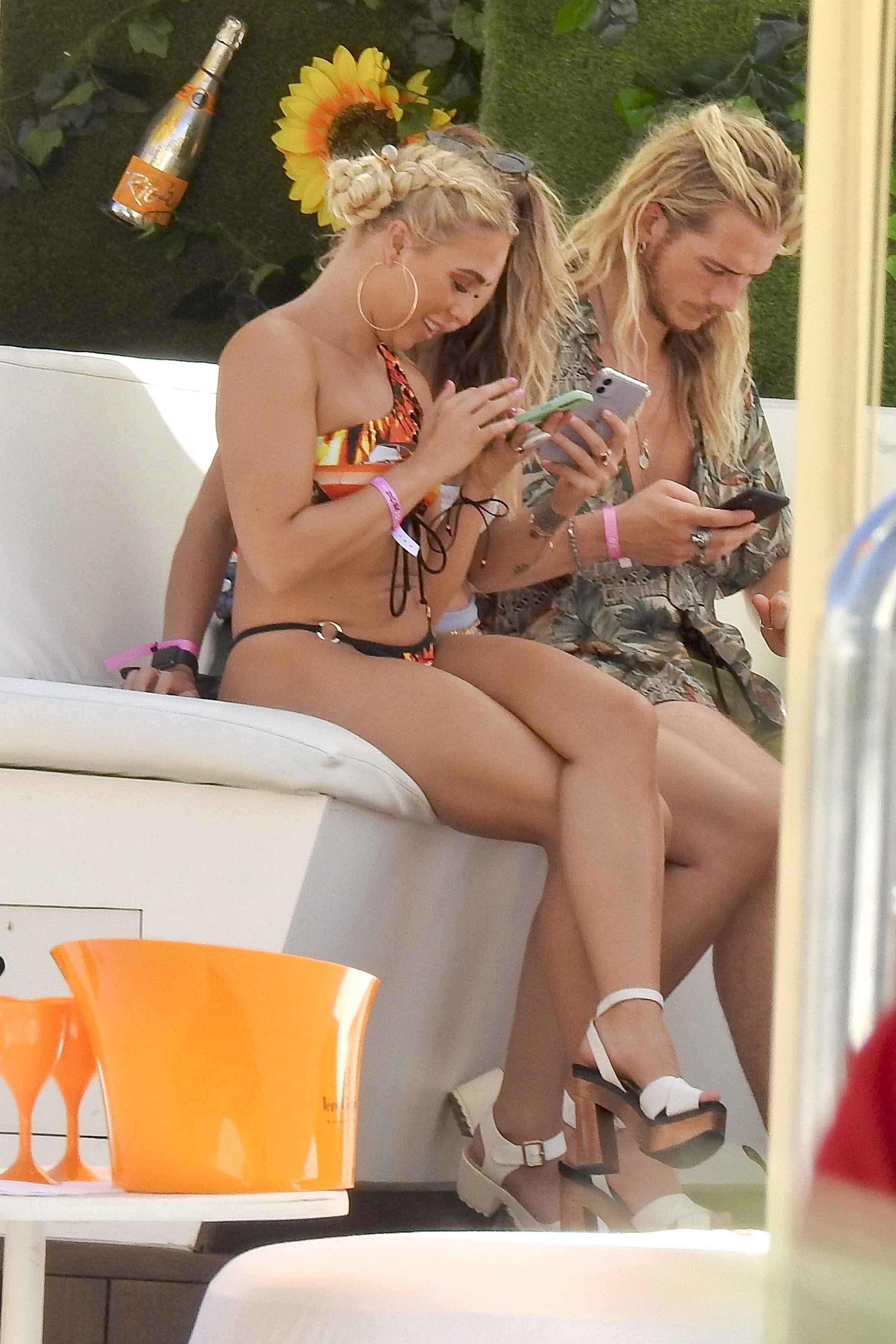 It comes as ex Marcel Somerville and girlfriend Rebecca Vieira are expecting their first child together after the couple went through a devastating miscarriage.

The pair have been together for 14 months, with their first pregnancy coming early in the relationship. 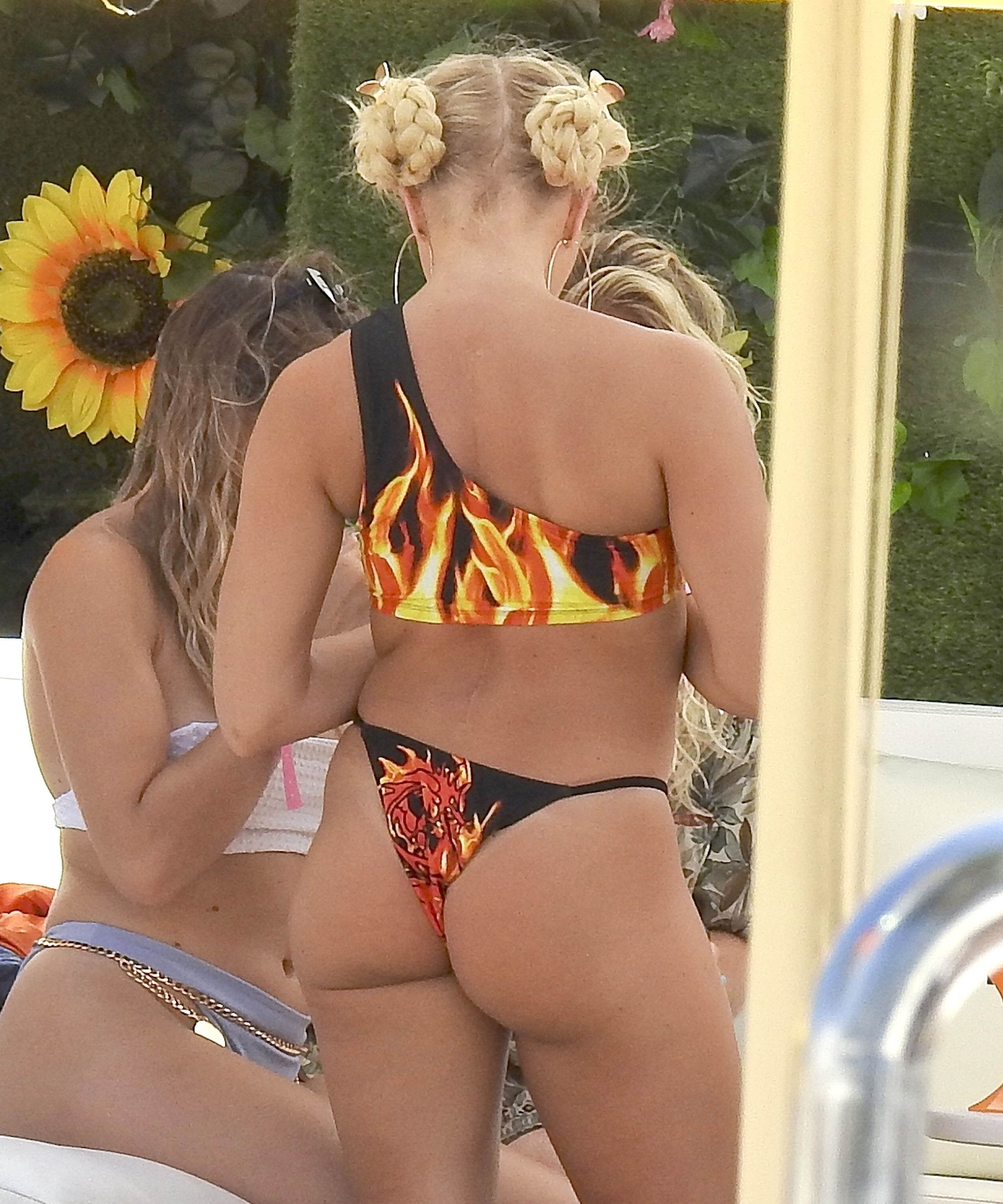 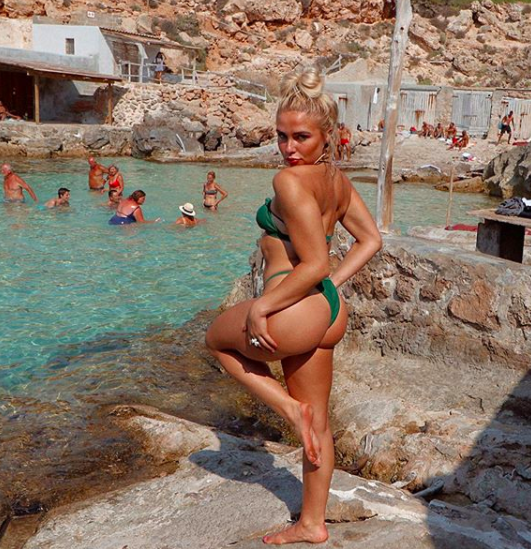 Gabby and Marcel met on Love Island in 2017 but less than a year later, they had split and accused each other of cheating.

In April 2018 it was revealed that Gabby had dumped Marcel after discovering that he had cheated on her while they were on holiday together.

Gabby confronted Marcel with incriminating text messages she found on his phone from another woman. 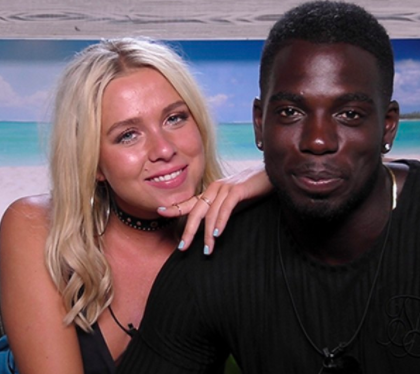 Gabby then dated Myles Stephenson from September 2018 until August 2019, when they split over alleged messages he sent to other girls.

Gabby has also been linked to Towie's Dan Osborne. The Sun on Sunday exclusively revealed Dan sent a flirty message to Gabby before his wife Jacqueline Jossa walked out on him during lockdown.

Love cheat Dan contacted Gabby last month but she did not respond.

Related posts:
July 22, 2020 TV and Movies Comments Off on Love Island's Gabby Allen looks incredible in thong bikini in Ibiza after ex Marcel announces baby news
Celebrity News:
Justin Hartley’s Ex-Wife Lindsay Defends Him Amid Chrishell Allegations
New Edition: Where is Johnny Gill Now?
The surprising meaning of Kamala Harris’ name
Chrishell Stause Likes Tweets Hinting That Justin Hartley Cheated
Kelly Ripa's Most Recent Instagram Clap Back Is Epic
Recent Posts
This website uses cookies to improve your user experience and to provide you with advertisements that are relevant to your interests. By continuing to browse the site you are agreeing to our use of cookies.Ok