MARK Ronson will not be self-isolating at his Los Angeles mansion after selling it for $4.8 million.

Mark, 44, purchased the Los Feliz property in December 2016 for $4.295 million and was apparently hoping to make more of a profit when he put it up for sale in October 2019. 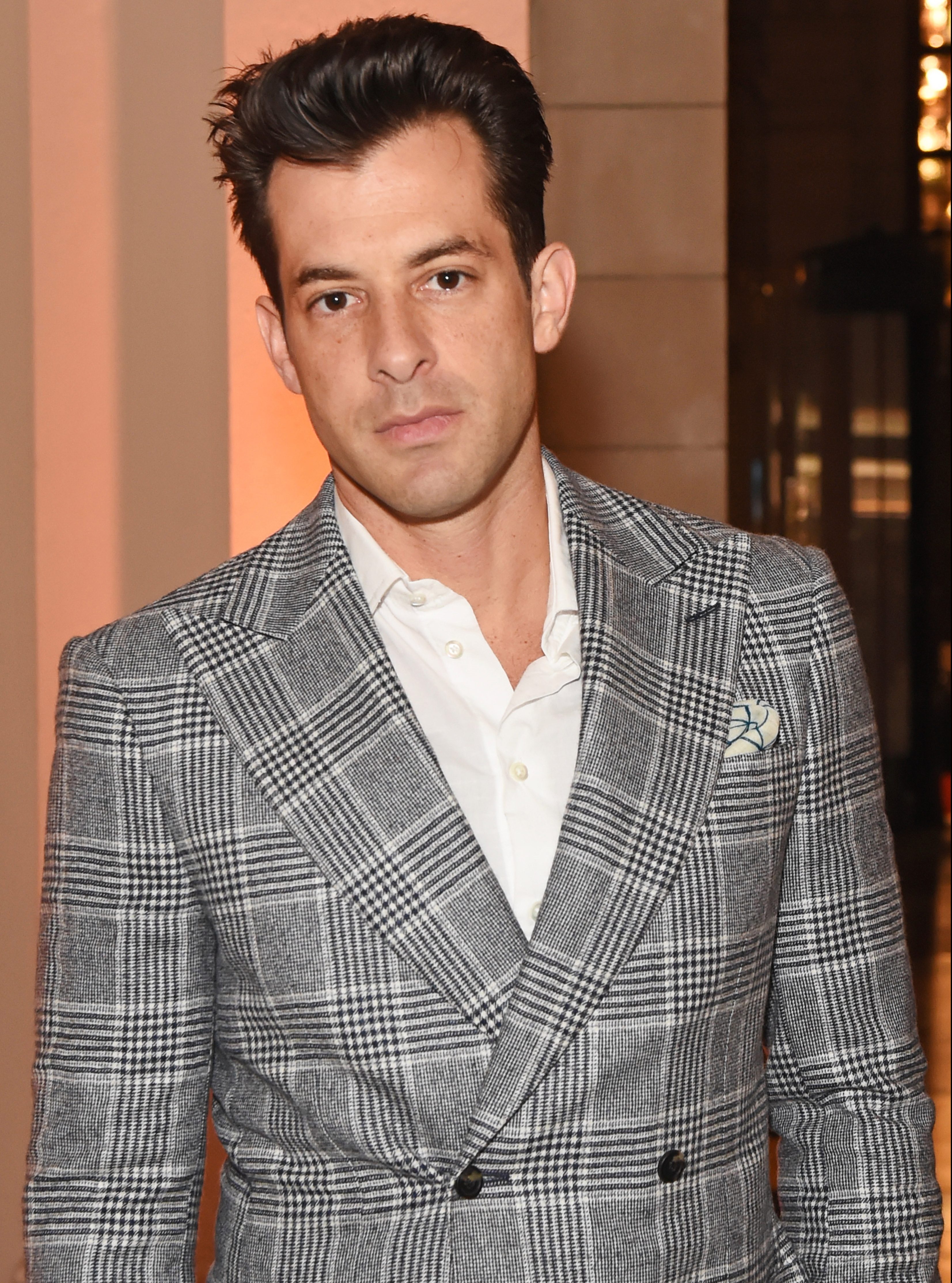 The luxury mansion was designed by architect William Asa Hudson in 1935, and includes a two-storey poolside guesthouse.

A total of 5,218 square feet, the property has four bedrooms and five bathrooms in total – all of which are very spacious.

The British DJ and music producer certainly has funky taste when it comes to his home decor as one of the bedrooms is covered in teal-colored carpet, even on the walls. 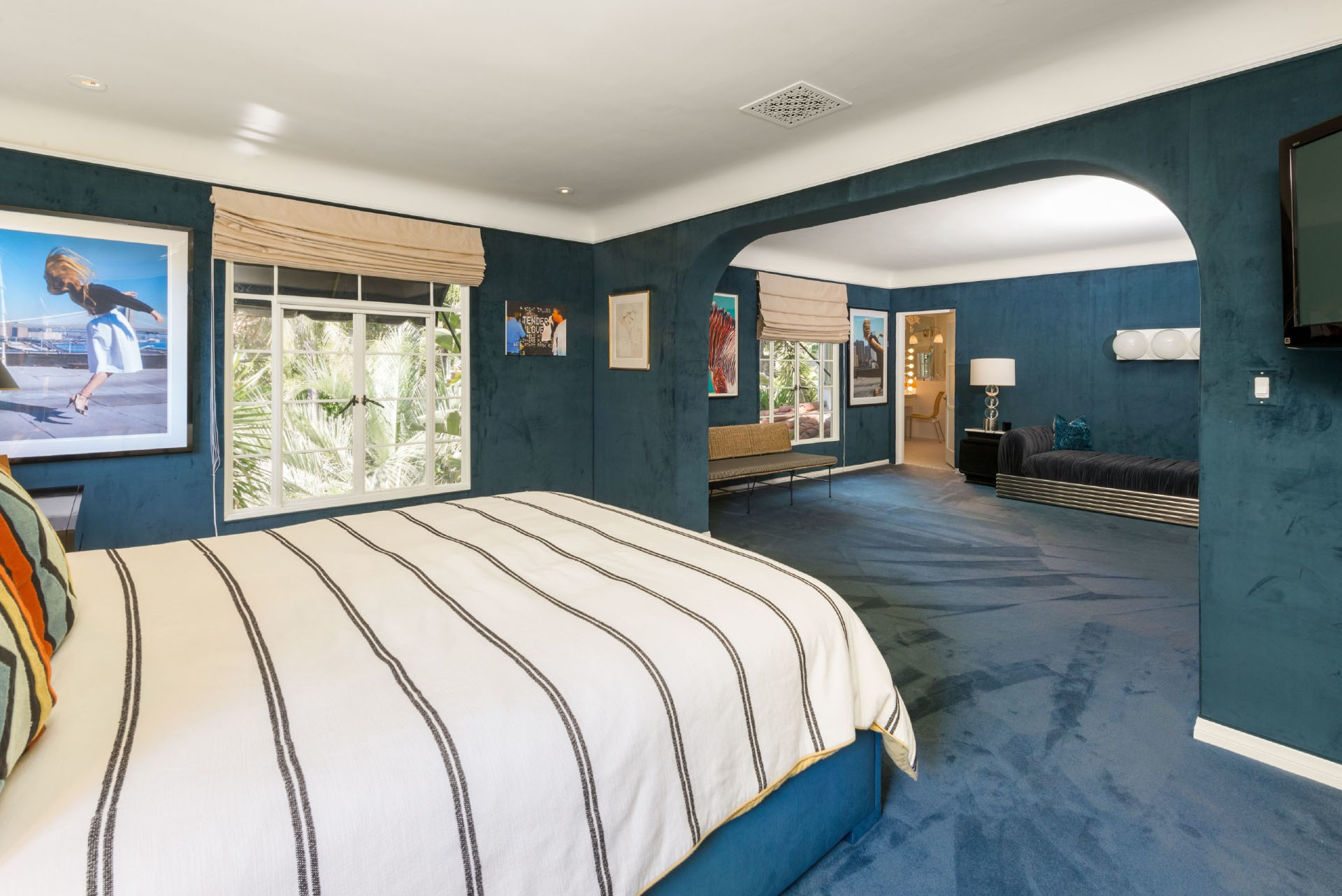 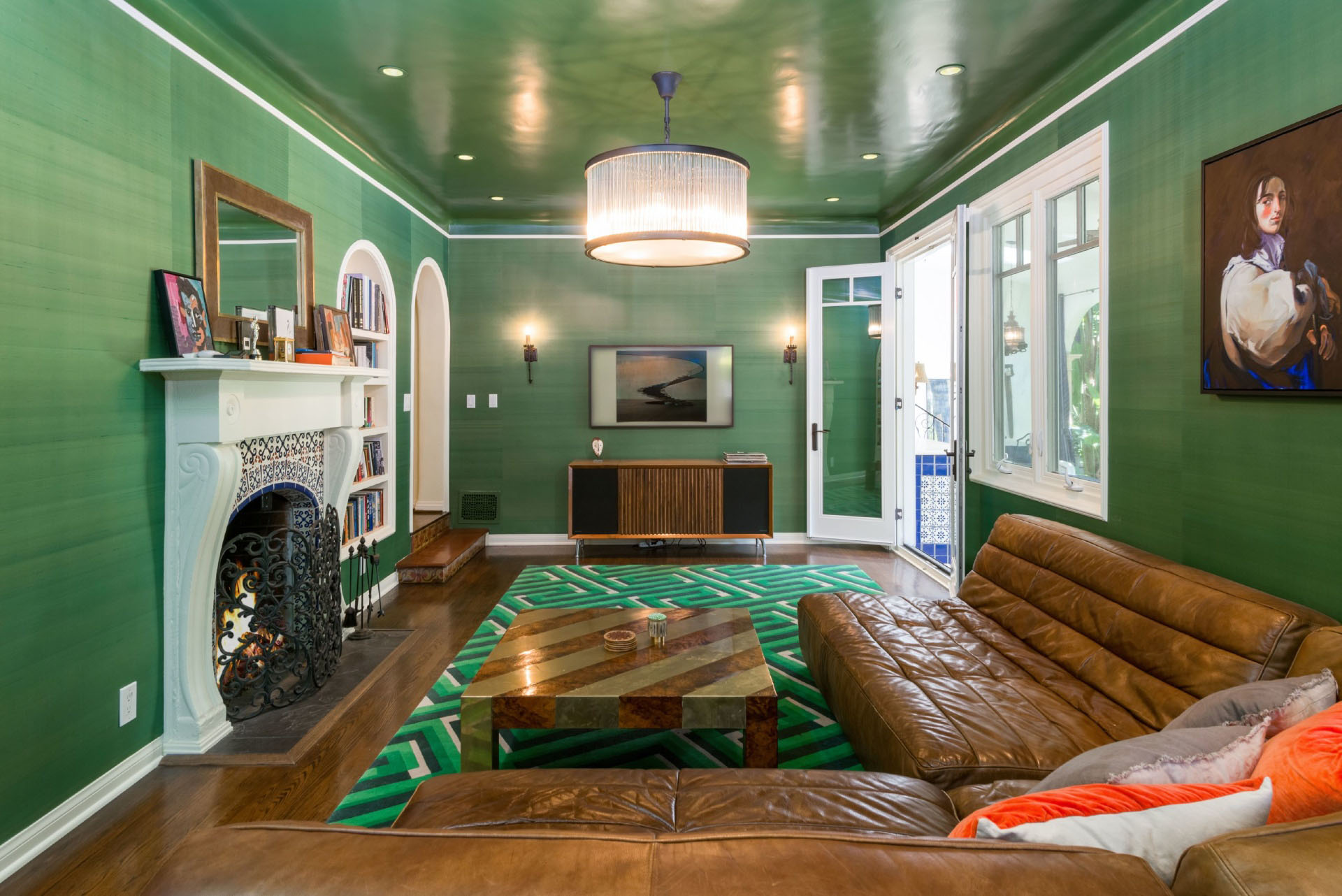 The open plan bedroom is so huge that it has it's own living room and fireplace and huge windows, which offer plenty of natural light.

Another brightly-colored part of the house is the large family room which features green walls, a fireplace and sleek brown leather sofas and a patterned rug.

The dining room has eye-catching dragon-print wallpaper with a goat-skin covered table, as well as a small library currently packed with Ronson’s record collection and a slightly vintage eat-in kitchen with white marble countertops and designer appliances. 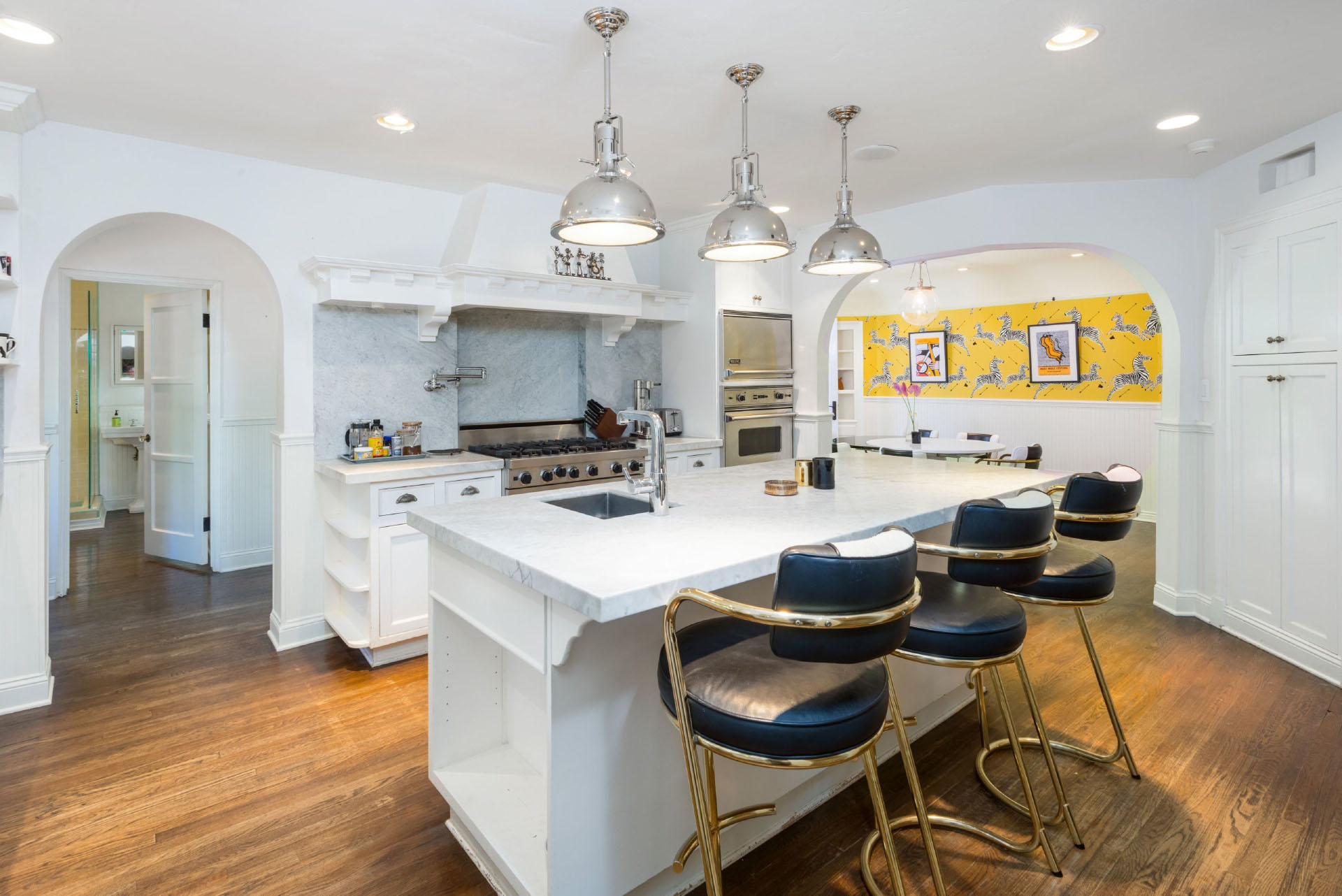 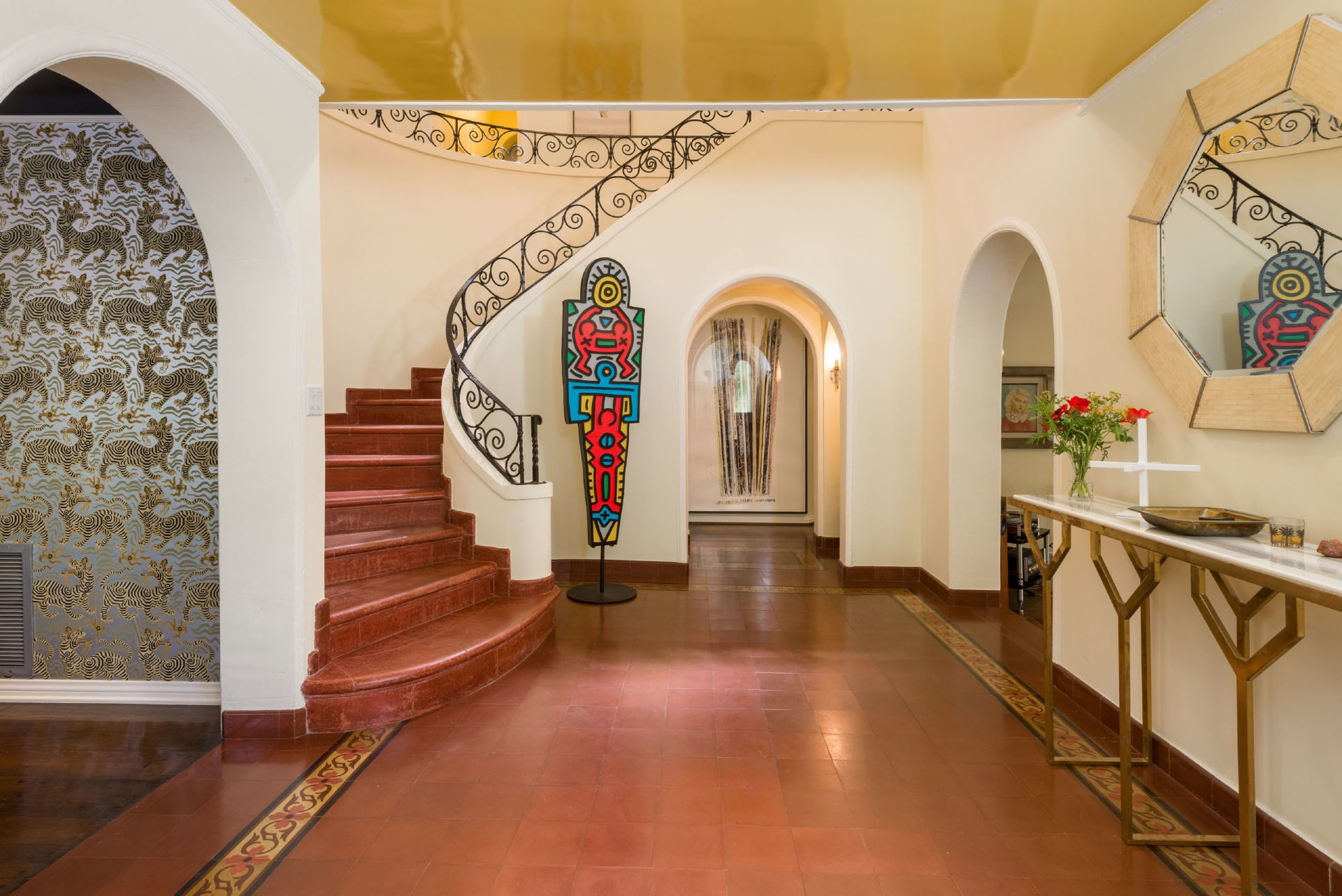 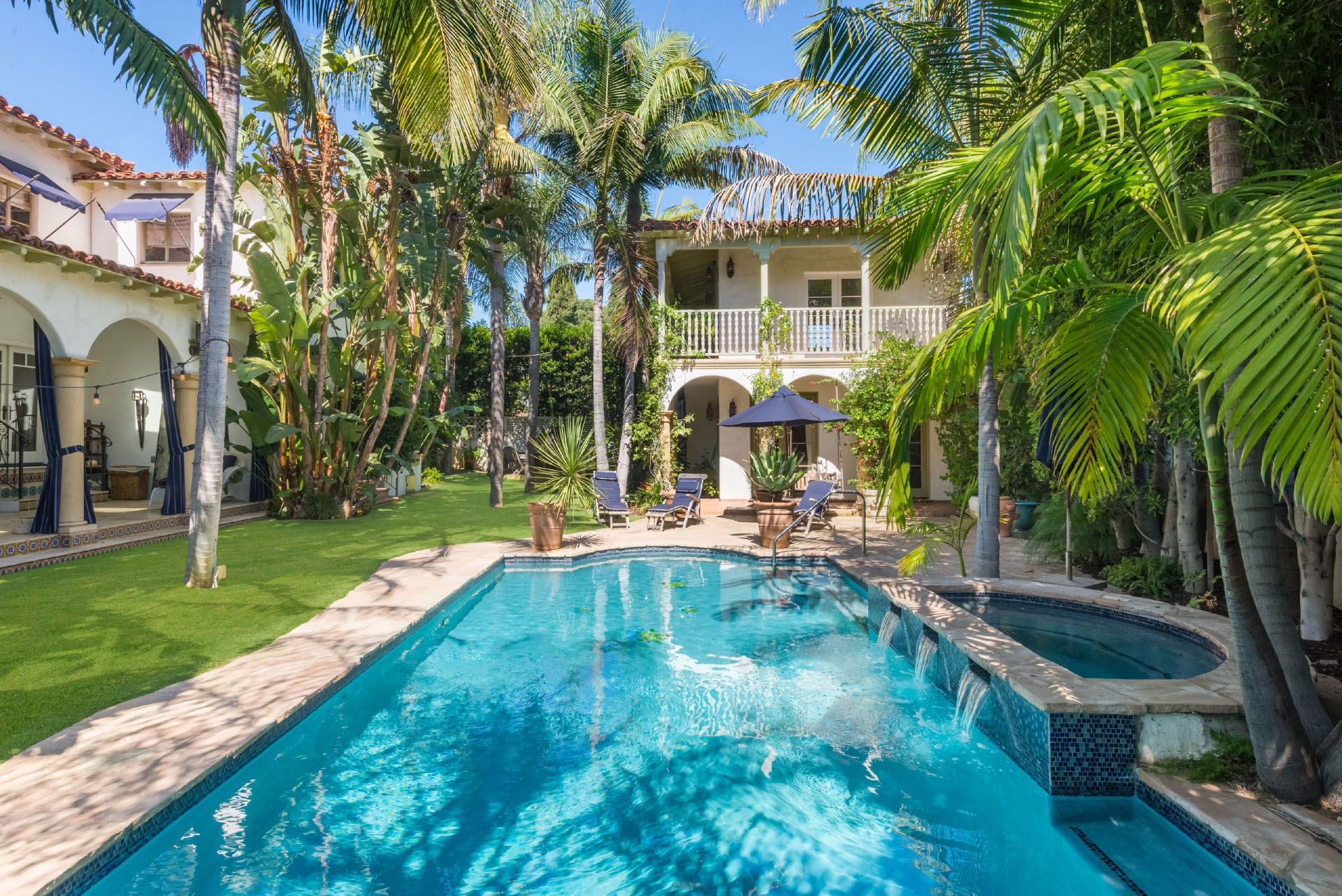 As you enter the property, you are greeted by a very large hallway and a tiled floor, with a curved staircase that leads to two guest bedrooms on the upper floor.

Another chill out room holds a piano and crushed velvet armchairs, as well as a large mirrored coffee table.

No doubt Ronson spent plenty of time entertaining friends in his huge garden, which features a large dining terrace outside the kitchen as well as a massive swimming pool and spa hidden from prying eyes by a forest of palm trees.

Speaking about the home to Architectural Digest last year, Ronson said: "The place was already so amazing. At first, I didn’t even think about decorating because the place itself had so much wow factor." 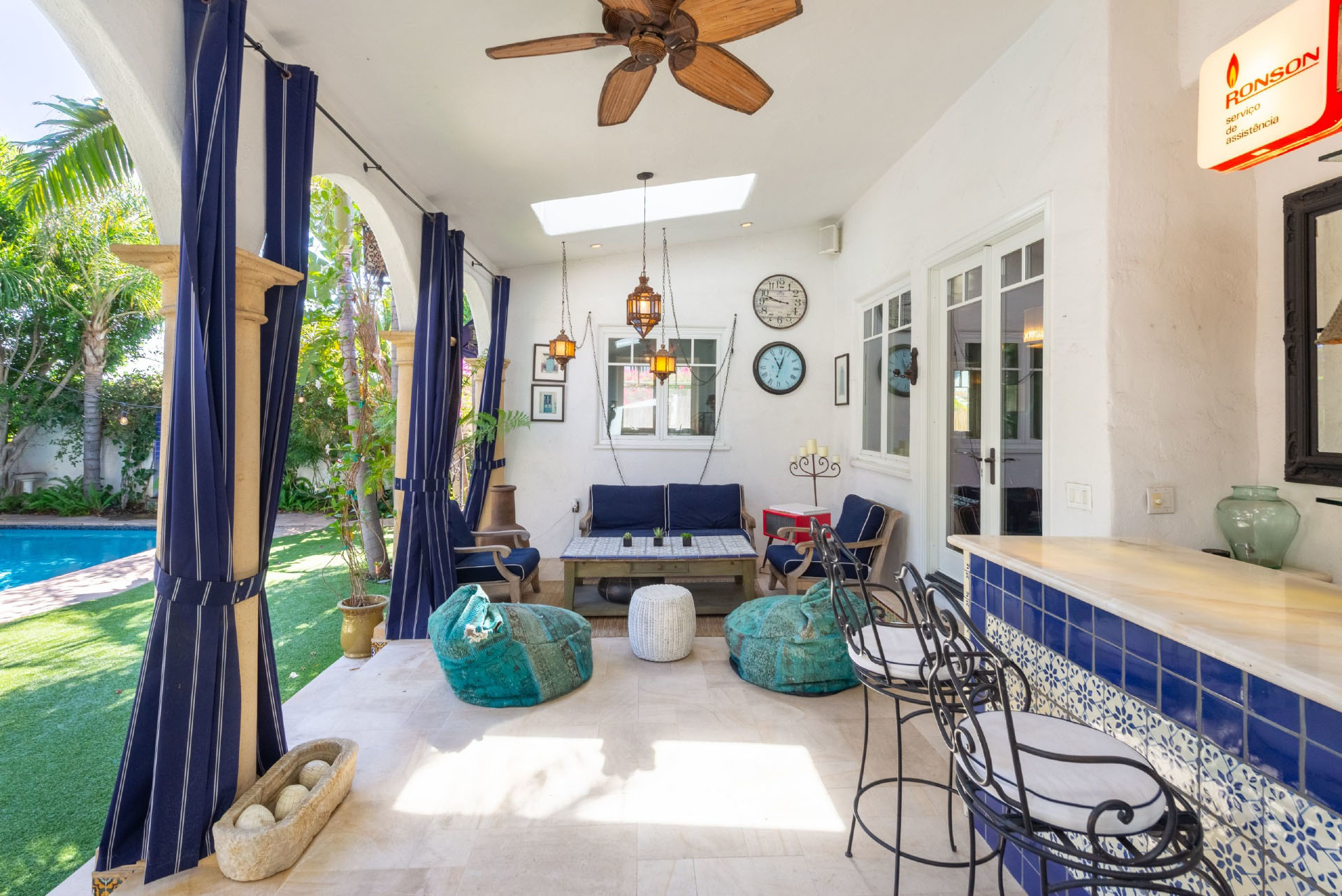 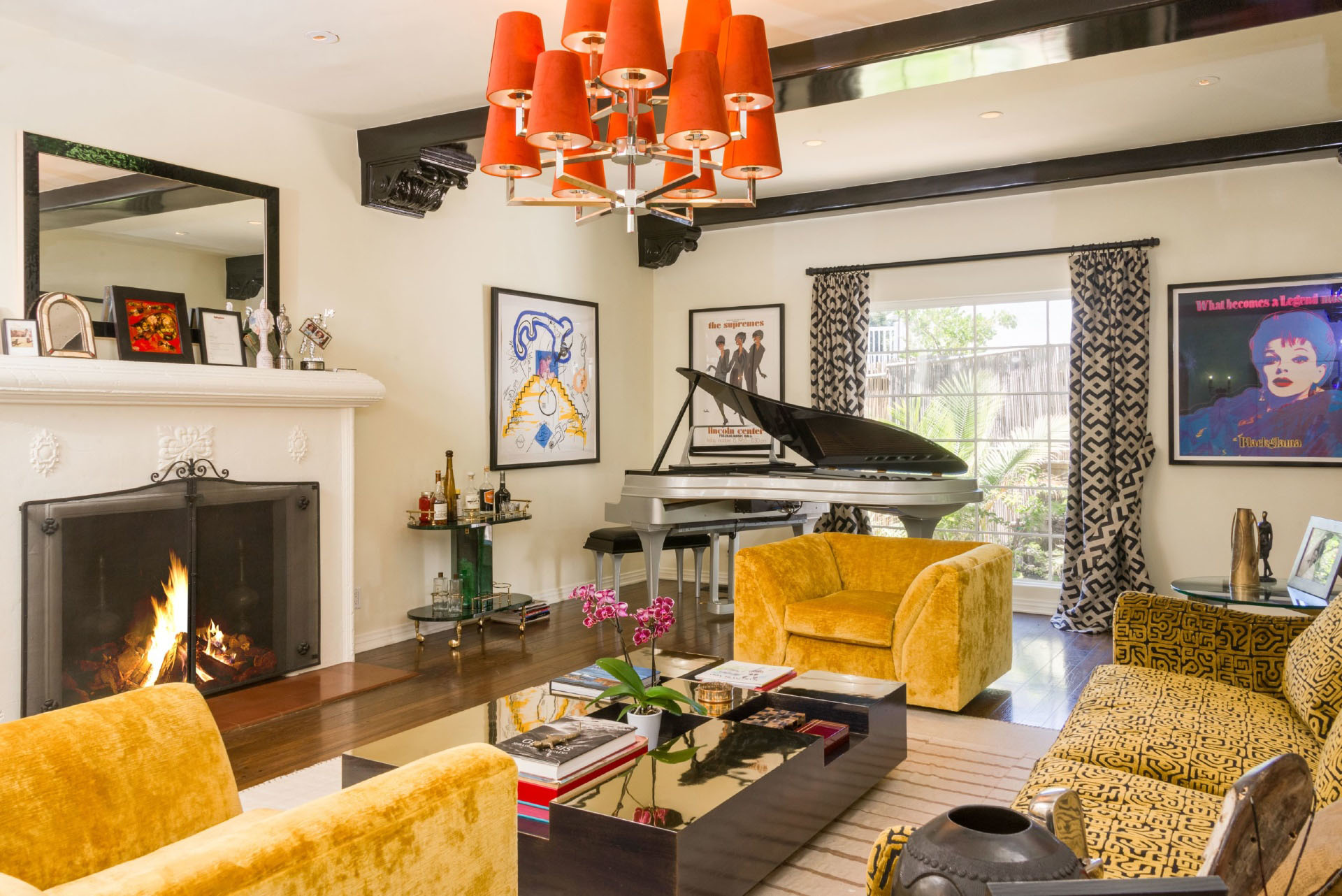 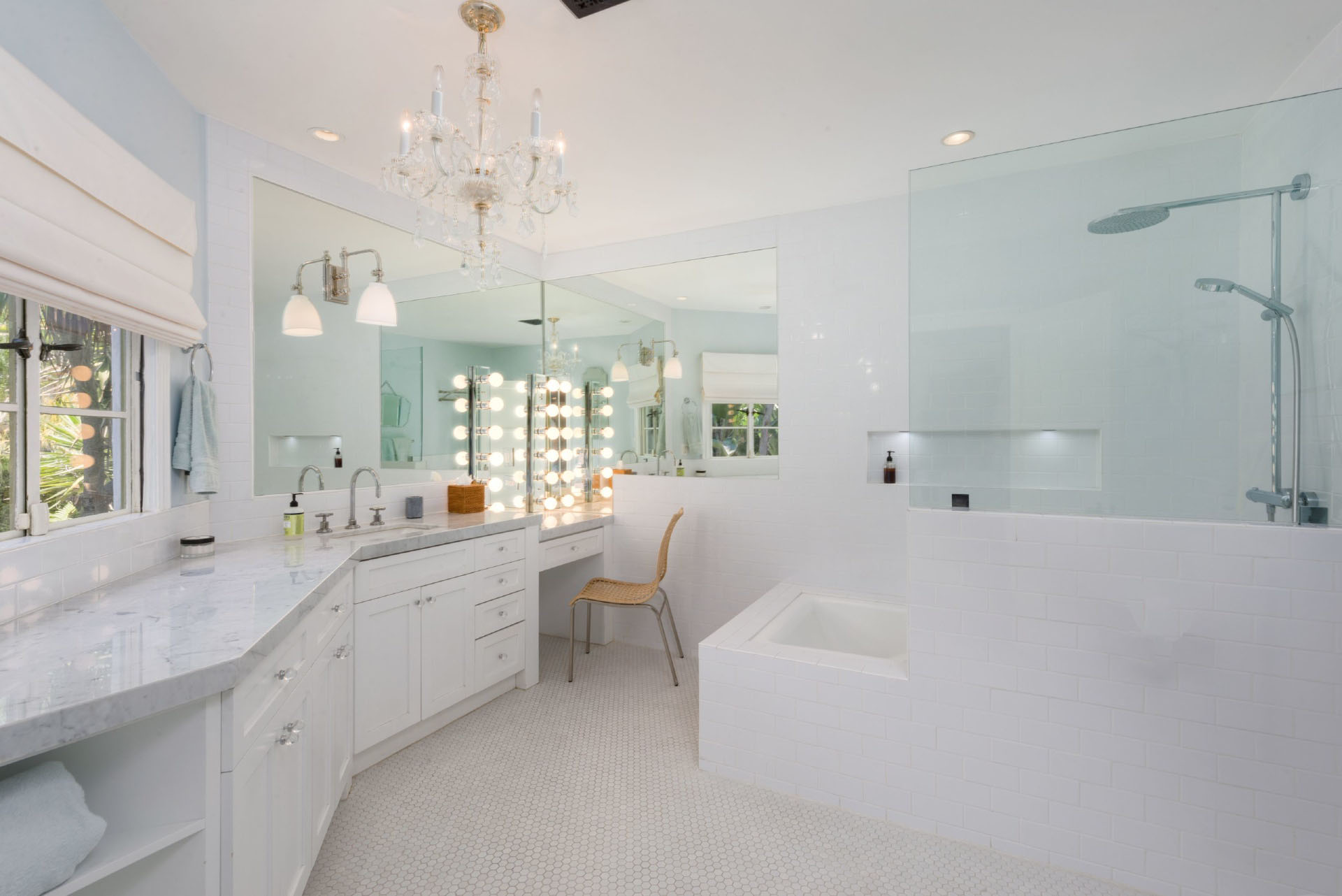 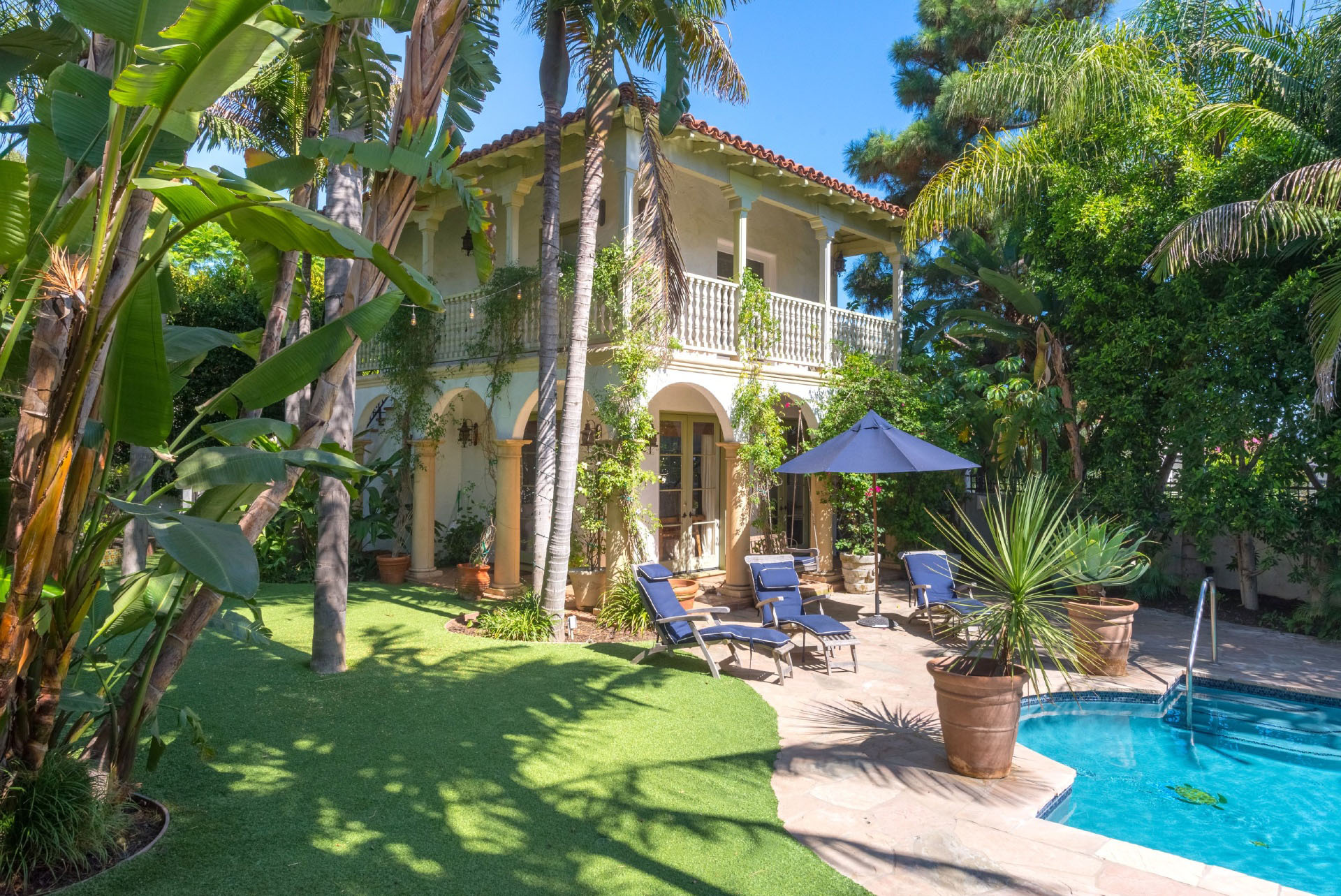 However, as time went on Ronson did put his own personal touch on the place such as the patterned wallpaper in numerous rooms.

"It is nice to have something familiar," Ronson said of the dragon-print wallpaper in the dining room that matches several couch pillows in his London home.

According to records, the new owner of the stunning property is billionaire financier Marc Lasry.