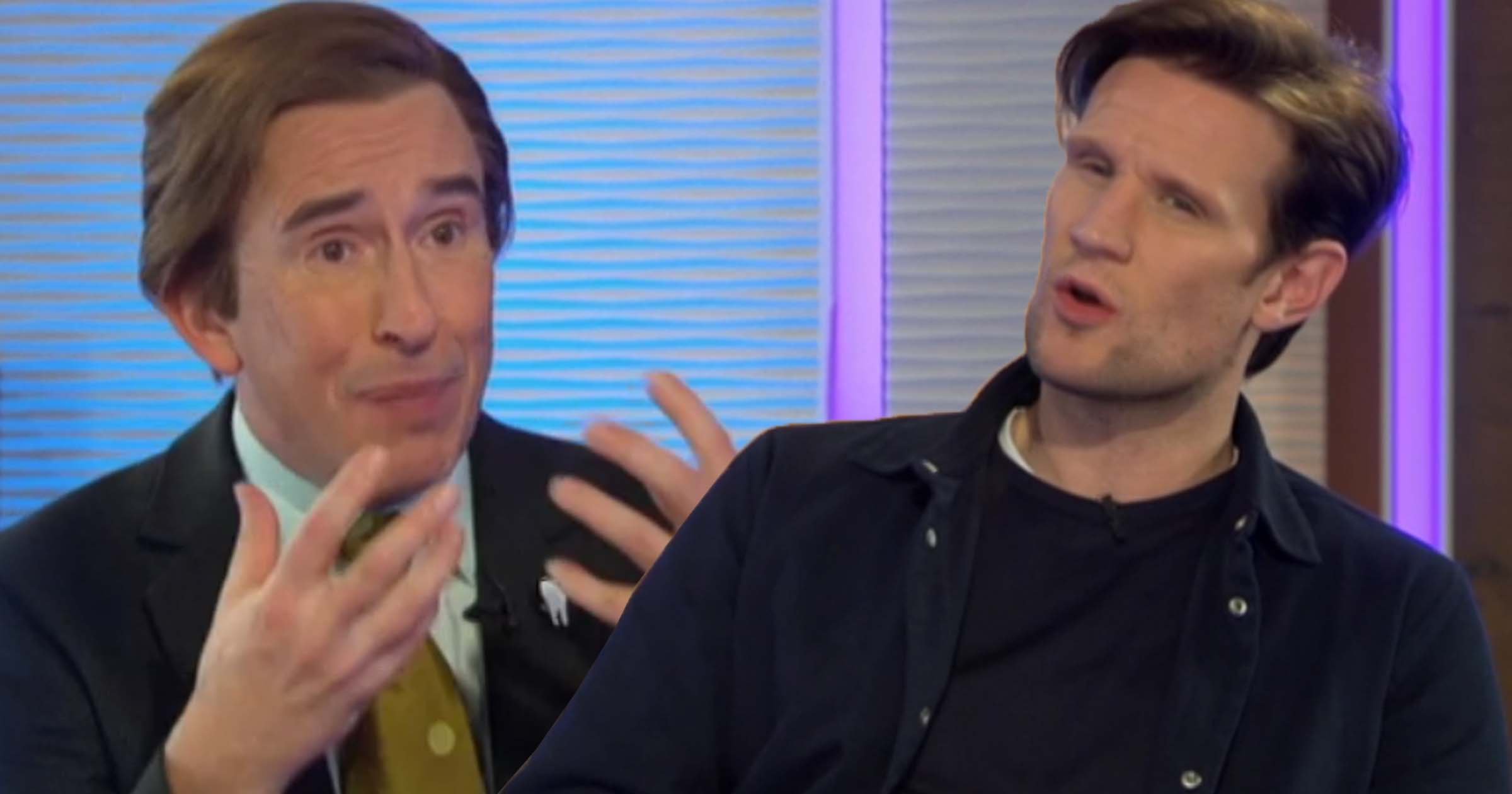 Matt Smith made a surprise appearance on This Time With Alan Partridge, as his character took on the incompetent broadcaster.

The Doctor Who actor played a writer who had taken aim at Alan’s show, only to regret his decisions when Alan, played by Steve Coogan, started dropping references to a presenter Matt’s character was having an affair with.

‘You could be investigating things that really matter,’ Matt’s character urged Alan, with the broadcaster insisting: ‘My audience are more concerned about hand dryers and speed bumps.’

It was Matt’s first appearance on TV in four years, and his first since starring in The Crown as a young Prince Philip alongside Claire Foy’s Queen Elizabeth II.

Since 2017, when the series aired on Netflix, he’s appeared in a string of films, and has appeared in the play Lungs at the Old Vic.

Safe to say, fans were thrilled to see him back on the box, with one writing: ‘Was only brief, but was nice to see Matt Smith back on the telebox once again.’

Related posts:
May 15, 2021 TV and Movies Comments Off on Matt Smith returns to TV for first time in four years in Alan Partridge role
Celebrity News:
Princess Charlene will not return to Monaco for her tenth wedding anniversary
'Heroes': The Original Pilot Was 'Too Controversial' to Air
Kim Kardashians Daughter Chicago Gets Caught Trying To Sneak Off With Mommys Designer Bags
Britney Spears wants freedom: What is conservatorship? Why would someone need a conservator?
Snooki Sounds Off on Angelina Pivarnick & Chris Larangeira: Theyre So Messed Up!
Recent Posts