Out of all celebrity couples, it might be challenging to accept any other than John Krasinski and Emily Blunt as the most beloved. They seem to have a secret to a stable marriage, outside of working together in A Quiet Place franchise. 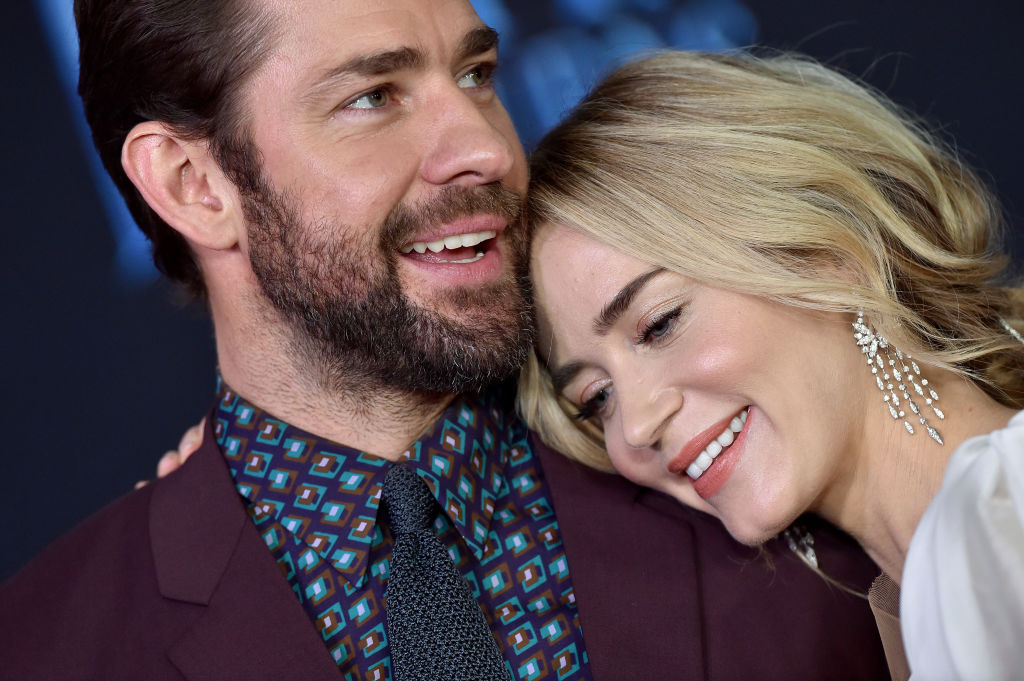 Since they both carved an ability to cross genres and excel in the world of sci-fi/fantasy, rumors keep percolating they might appear in the MCU. The thought is the two might star in a Fantastic Four remake for Marvel in the near future.

Not all fans agree think this is going to happen, for one good reason. At the same time, fans are also worried about what the bullying response would be if the two actors bow out.

When did that John Krasinski/Emily Blunt rumor begin?

The earliest rumors about Krasinski being linked to a new Fantastic Four go back a couple of years when he initially showed interest in playing Mr. Fantastic. Everyone took his desire to play this part seriously since it was apparently a dream of his to play a superhero.

Since then, nothing has really come of it, other than rumors persisting Marvel might do a remake of The Fantastic Four eventually. In more recent months, Emily Blunt was brought into the rumor mill equation as possibly playing Sue Storm/Invisible Woman.

Imagining the possibility of Krasinski and Blunt playing these two iconic comic book characters seems to have taken a life of its own. Social media keeps lighting up with threads and comments about the two being on the MCU’s radar.

On Reddit, one fan started a thread showing concern for the two being involved in the film. The thread starter made some valid points in why Krasinski and Blunt may ultimately choose not to work together for Marvel.

How would MCU fans react if the ‘Fantastic Four’ dream casting falls apart?

Considering the prior cinematic versions of The Fantastic Four became notorious disasters, Marvel fans have constantly pined for a re-do. No doubt such a movie will happen eventually, yet likely in Phase Five rather than Four.

Viewers also know Krasinski and Blunt have notable chemistry on the big-screen as seen in A Quiet Place. With the sequel to the latter delayed (if still upcoming), everyone will have another chance to see how well they portray a married couple.

Others think they may not want to work together for the MCU, though, because of how time-consuming it is. When comparing A Quiet Place to the MCU, the contrast seems striking. One could almost say Krasinski’s movie was more like an indie than anything big studio.

Because the couple has kids now, they may not want to subject themselves to working together on something so large. In the age of COVID19, this would never be feasible anyway.

The worry about online trolls if the actors pull out

One of the main concerns of the above Reddit thread was that if Krasinski and Blunt decide not to be in a Fantastic Four movie, fans would turn on them. The buildup has been tremendous, and some worry people will attack them online for not appeasing fan whims.

Maybe this sounds overly dramatic, yet big franchises like the MCU have fans who look at these films as a part of their lives. When things happen to not go their way, fans sometimes take their venom out on the actors on social media.

Similar scenarios exist with actors who take roles fans disagree with from the casting department. Someone on Reddit telling people to not act like trolls in either scenario is truly eye-opening. Fans listening to this warning is another thing.

In the meantime, Krasinski is making his superhero wish more facetious as he did recently with his online quarantine show Some Good News. With everything up in the air now, his and Blunt’s casting might just stay a non-serious dream. If it ever does become serious, their decision will likely rest on how it affects their own lives.